Tattoos are becoming very prominent as it fetches a new appearance and admirable look to the wearer. In the tattoo world, there are various different types of design available, out of which octopus tattoo is loved by many because of its diversified attributes and it can be outlined in various ways also. This aquatic creature is great chicanery and can easily escape attack from its nearby surroundings, even from creature bigger than its size.

The octopus tattoos are generally designed by people as it has a great symbolic, deeper meaning and it can be designed in many sizes, colours and pattern desired by you.

Let’s have a quick glance at the top 9 different types of octopus tattoo designs. 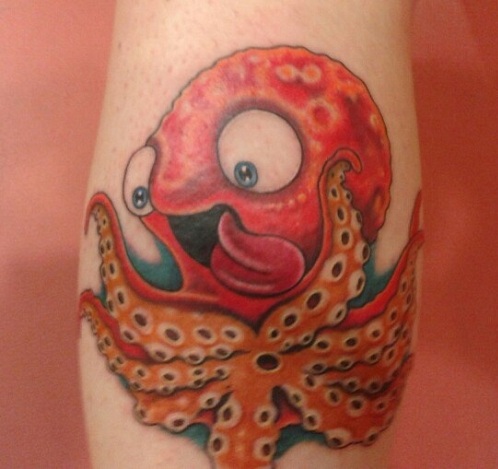 The vibrant red and orange colour combination makes this octopus tattoo more eyes catchy and the big eyes and big tongue can easily bring a smile on another face. This is a heavenly appearing Japanese octopus tattoo design who loves joyful and cheerful design. 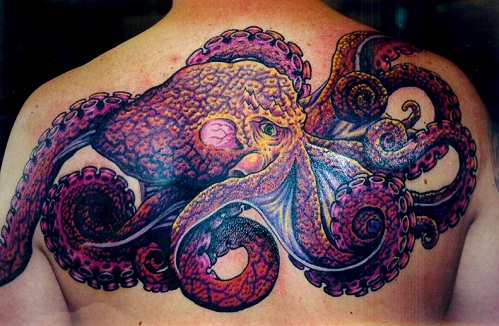 The octopus tattoo can be portrayed in many forms and sizes to lend an enticing look to the wearer. The tattoo is outlined on the back of the wearer and its eyes have been outlined in an attractive way stating his intelligence and its curled tentacles symbolizing its mysterious attributes. 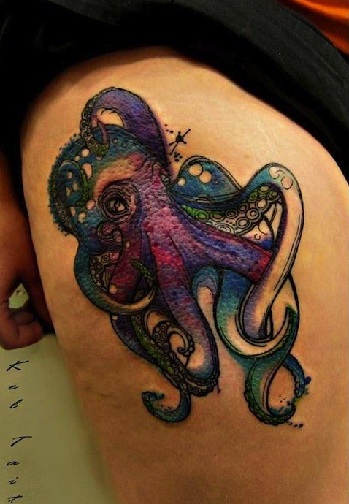 It’s a marvellous tattoo design designed with watercolours as it’s very well placed on the thigh lending a dainty and lively underwater appeal. The octopus tentacles are entangled in each other and the purple and bluish colour lends a marine effect to the design. 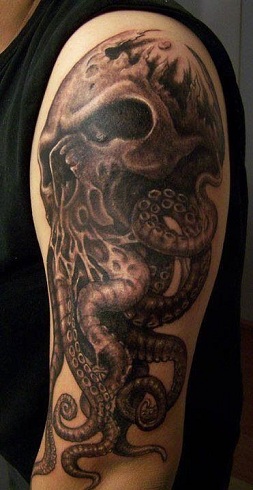 The tattoo of the sleeve looks distinctive as in the image instead of this invertebrate face a skull face has been outlined in black and grey fetching a radiant look to the wearer’s arms. The octopus tattoo can be inked on any body parts and in a decorative way to give a stunning appearance. 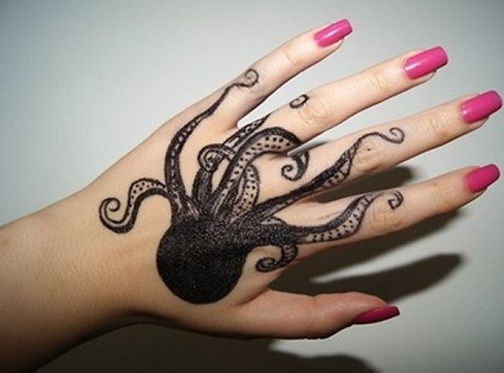 The reason why tattoo lovers adore the octopus design this creature design reflects a unique appearance when tattooed. The design is perfectly laded on the hands and the octopus tentacles outlined on the fingers lends an elegant and even scary look at the first glance. 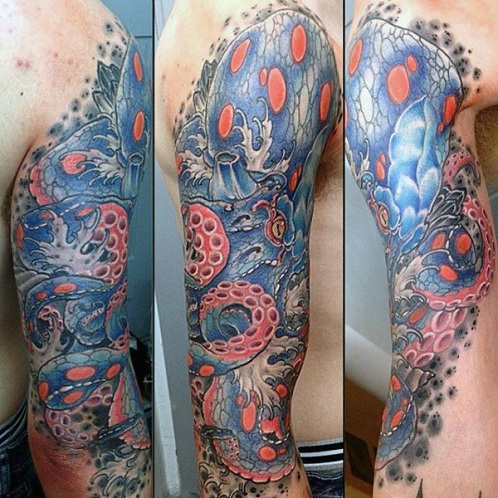 This is a very stylish, eye-widening design in which an attractive array of colours has been indulged portraying different aspects of the sea along with octopus. The octopus forearm tattoo design almost covers the arms and indicating that as octopus can blend in any environment, similar qualities possessed by the wearer also. 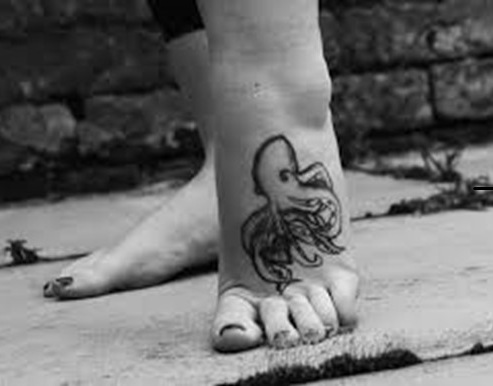 Many young ones strive hard to appear alluring and charming; a small tattoo design can do the same. In the design, a small single outlined octopus is designed on the foot ensuring easy visibility and at the same time depicting independent attribute of wearer and octopus also. 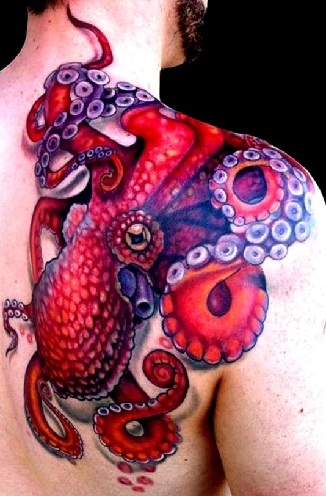 This tattoo has been designed in a fantastic way wherein octopus certain limbs are missing, indicating the person bearing this design has the strength to get detached from some easily, might be human or even from any sort of addition. An astounding way to announce your strength to the world is through the octopus tattoo design. 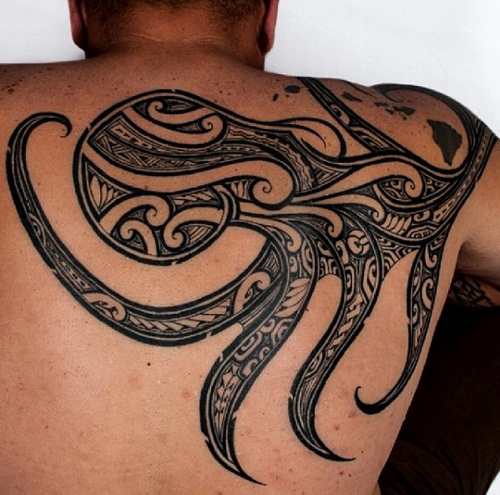 This type of tribal tattoo design is perfect for people who want some bold design so that they can easily make an impression on others. This type of scattered tattoo design which fine intricate artwork on shoulder and back lends an interesting and aesthetic look to the wearer.

This sea creature is a very smart and intelligent one and looks very attractive when inked with a sizzling array of colours. The octopus connects well to human nature and it has unique, vibrant features resembling and motivating people. This tattoo can be designed by both men and women and an ultimate way of expressing your thoughts and desire through artwork.