People design tattoo on various parts of the body as they are considered too great attention seekers and even gives you a flamboyant appearance. People can carve any designs of which they are passionate, but there some people who adore monsters tattoo also. The reason behind tattooing this design could be that the person is fond of the horrifying creature and even he is brave enough to depict the image and carry the meaning associated with it.

The monster tattoo is depicted as evil creatures and these designs are quite bold in nature, they can outline in black as well in colours forms also. It all depends on the user imagination that how he wants to get is styled.

Let’s have a glance at the top 9 different types of monster tattoo designs. 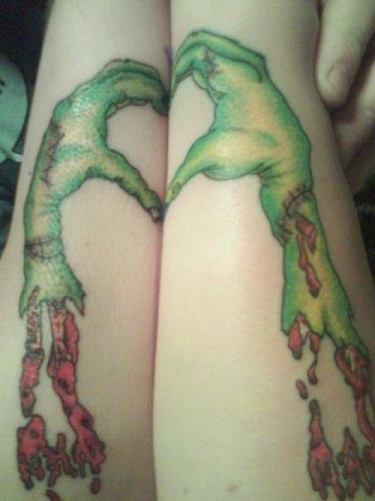 This is a nostalgic appearing design lending a splendid look to the wearer’s appearance. In the design the monster hands are being sketched in green on both the hands of the wearer and the droplets of blood adds mote sensation and sensitizing look to the image. 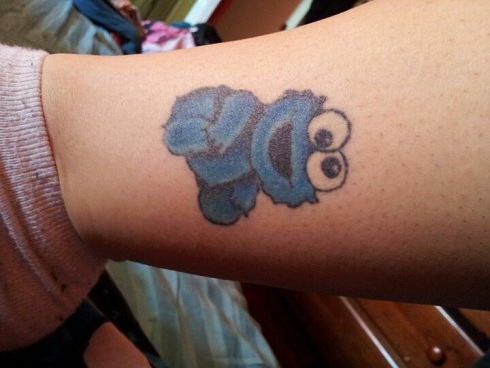 Here comes a little monster tattoo image which can surely bring a smile on your face. A small baby monster is outlined on the calf of the wearer displaying though he adored monster tattoo design but does not want to scare others. So he portrayed the cool and lighter aspect of it. 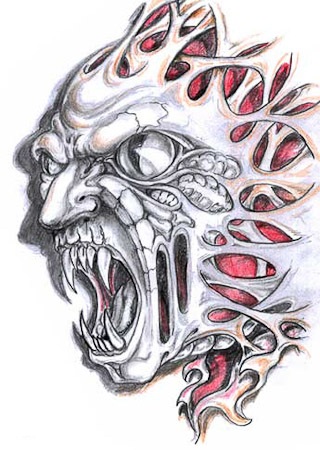 This is an astonishing appearing design where a monster head has got infused with the mechanical parts lending a spectacular look to the design. The image has been designed in a creative way giving an extraordinary look to the wearer’s thoughts. 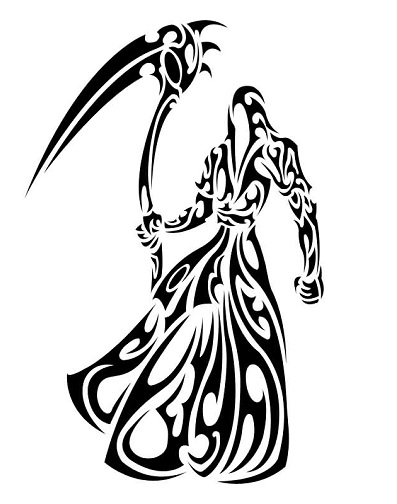 This is a simple yet outstanding appearing tribal tattoo design which can be outlined by anyone who loves a simple monster image depicting death by holding an axe in his hands. The simple vertical lines and curves in black and white lend an awesome look to this tribal image. 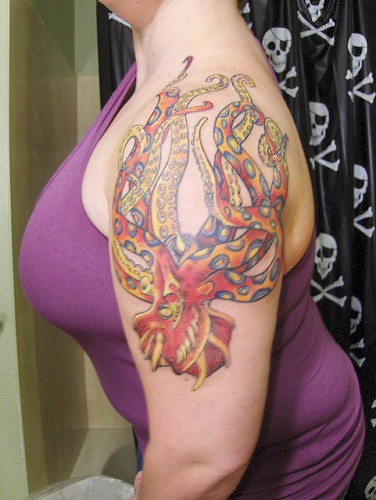 This tattoo has been designed brilliantly and an array of colours adds a spark to the arms. The sea monster body is of an octopus holding immense power both mentally and physically. The wearer of the tattoo also wants to display the same and convey that he can overcome any adverse situations without any hassles. 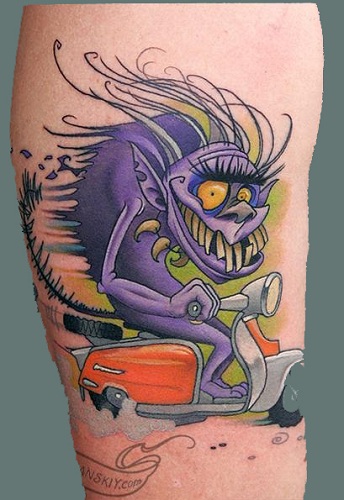 This is an incredible design in purple and green designed on the sleeves, where a monster is riding a scooter and happily enjoying the ride. The infusion of vibrant colours makes the image fabulous and you can fall in love with this monster. 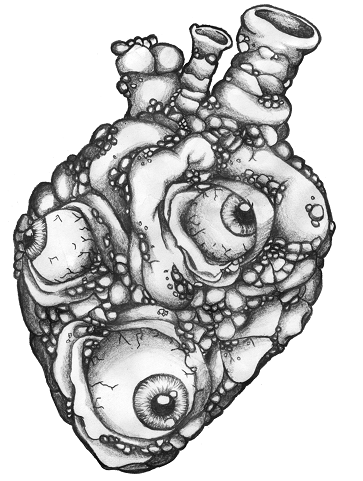 This tattoo design has been created in an impressive way where the heart if a monster is designed in a very artistic way of turning people spellbound. On the head, small sizzling eyes are depicted adding more charm to the image. 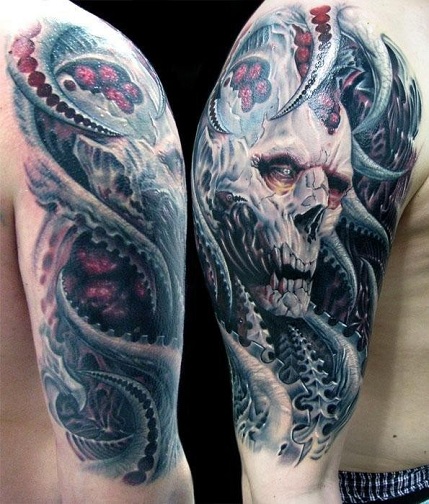 This is a true monster tattoo design which can easily scare people and at the same time, the image designs are superb way giving a realistic appeal to the wearer’s hands. The sharp teeth and horns of the monster lend a striking look to the design. 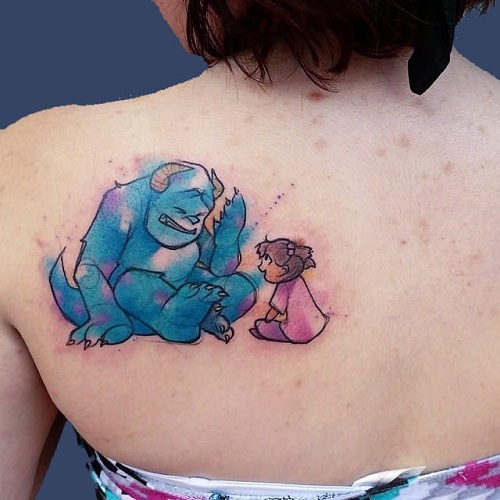 Though monsters are related to evils and spirits, this ink tattoo image depicts that the monsters also have a soft heart and they are even fond of innocent children. In the image, a monster is trying hard to bring smiles of the babyface lending a distinctive look to the wearer’s back.

Monster tattoos are fictional characters which we can read in a book and now you can watch many movies made related to it. These tattoos can be designed in many ways and styles depending on your perception and thought created in your mind. These tattoos are sketched by both men and women and appear unique in own way.