Megan Fox is a Hollywood celebrity who has captured the hearts of millions with her appearance, confidence and acting skills. She is one of the sexiest women to be seen on screen and has been rated as the second hottest woman in the world. Even though she is a model and actress, she has had several tattoos inked on her. 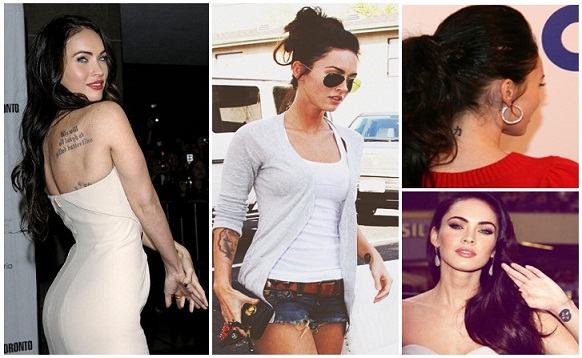 On being asked as to why she likes to inscribe these tattoos, she says that it is her way of standing up for her herself, a way to express any feeling of animosity, especially her mother who did not approve of the idea of tattoos.

Some of the meaningful and best tattoo designs inked by Megan Fox have been enlisted in the following paragraphs. 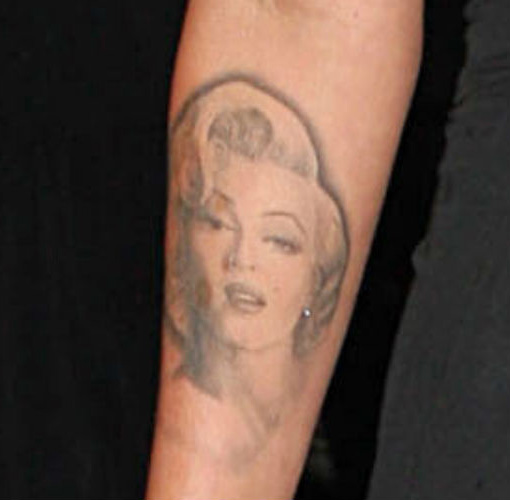 Megan Fox has adorned herself with some amazing tattoos but the best one till date is the Marilyn Monroe tattoo that has been inscribed on her right forearm. Megan holds her as an idol and has claimed to cry every time she heard her voice during her childhood. 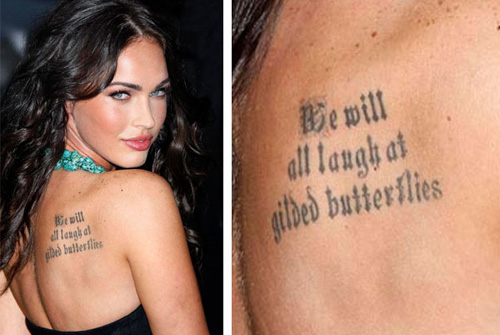 Megan Fox seems to value her life a lot. She does understand its significance and takes it the way it comes. This attitude towards life has been shown in her William Shakespeare tattoo. It is located below her right shoulder and says “We will all laugh at gilded butterflies”. 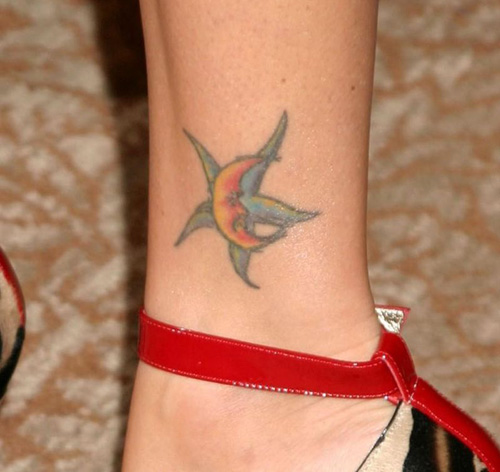 The moon and star tattoo inked on Megan’s legs really compliments her choice and expresses her individuality. This is the first coloured tattoo made and looks pretty interesting and innovative. The tattoo basically contains the picture of an orange moon overlapping a star. The tattoo adds to Megan’s sensuous nature and also adds to her glamorous outlook. 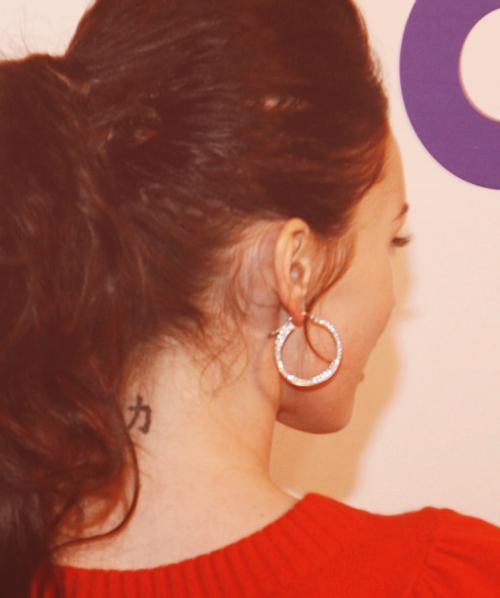 Megan Fox has a Chinese tattoo on the back her neck. The word inscribed means “strength” and has been one of the smallest tattoos made. It is hardly ever noticed as it is hidden behind her hair and has not received much attention. However, if noticed, the tattoo looks very fashionable and trendy on her. 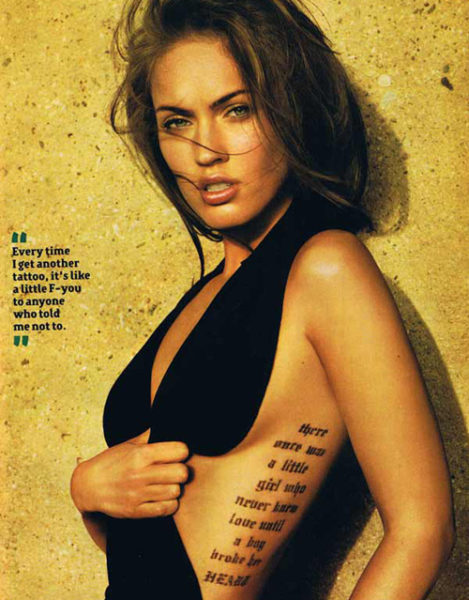 Megan Fox has a wonderful poem inked on her rib cage. It reads “There was once a little girl who never knew love until a guy broke her HEART”. The tattoo is written in Old English font and has been created by her itself. 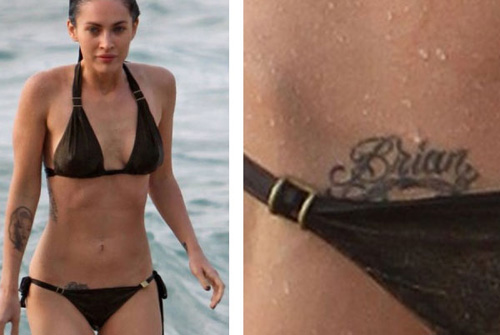 When Megan Fox was with her husband Brian Austin Green, she decided to get a tattoo on her lower right hip that would read his name. The tattoo really reflects her love for Brian and how much she values her relationship with him. 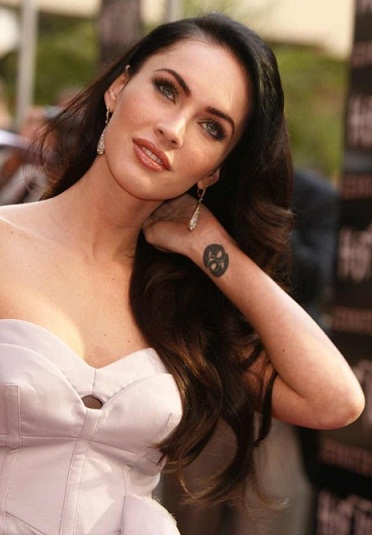 Megan Fox is a lover of oceans. So she decided to get a tattoo that shows two mighty ocean waves. This tattoo had been inscribed on her wrist and was called the Yin Yang tattoo. Recently, this piece of body art was removed since it did not turn out the way Megan wanted it to. 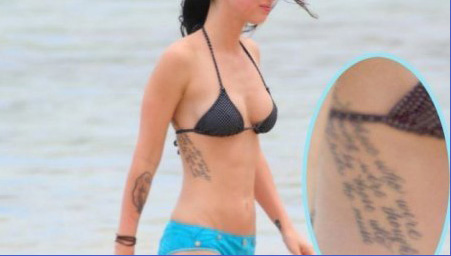 After starring a film with Mickey Rourke in 2020, Megan Fox got a tattoo for her just to honour him. This tattoo has been written on her right rib cage and it says “All those who were seen dancing were thought to be insane by those who could not hear it”.

9. Megan Fox Play Him off Tattoo: 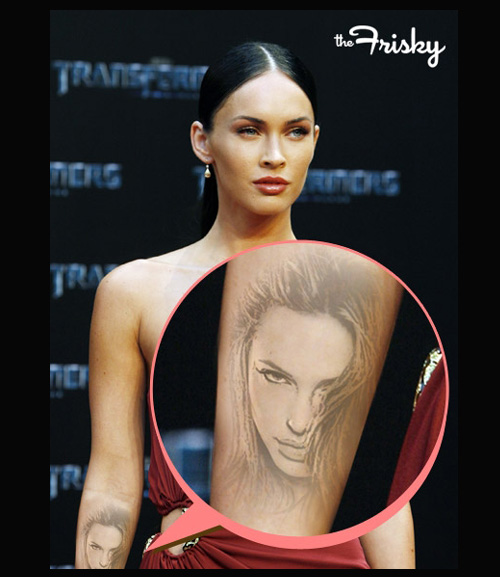 Megan Fox has another last tattoo which portrays the picture of an adorable kitty playing a piano. “Play Him Off” has been written underneath that. The tattoo is recent, although the significance is difficult to decipher. 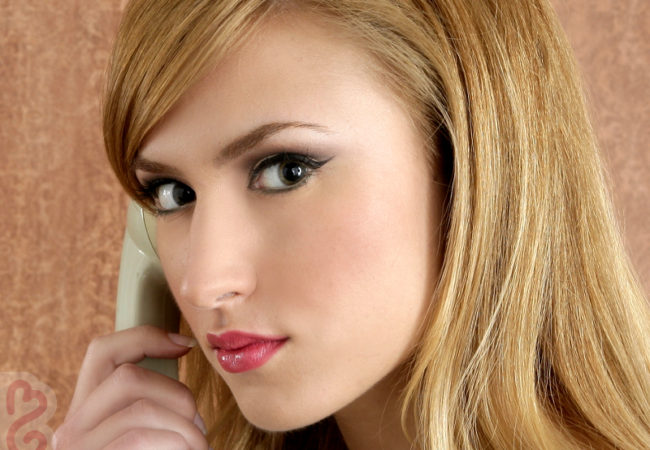 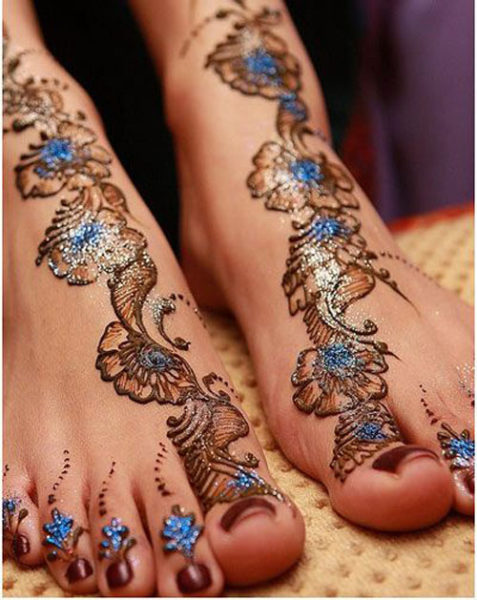 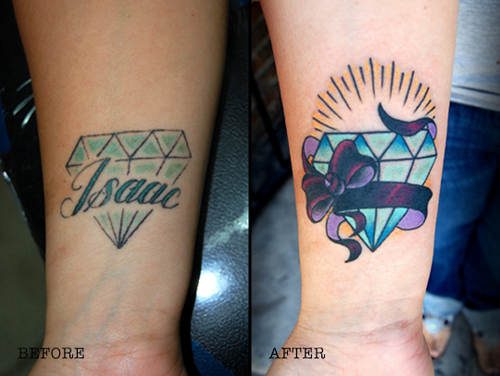 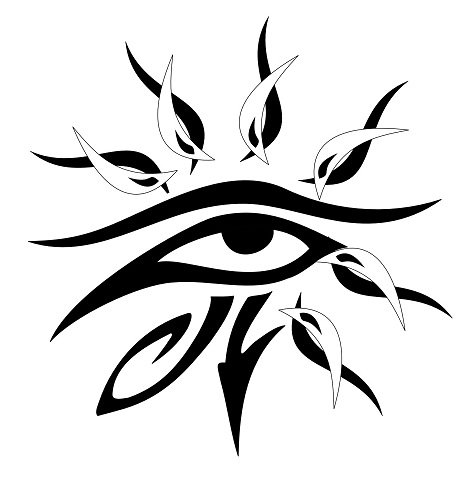