Designing tattoos are becoming very popular as it makes you look dude and even make you appear divergent from the other. Many people love to design a tattoo which is from the mainstream while others appreciate to design which is unusual ones. For those people Gothic tattoos could be one of the ideal choices as Gothic tattoos are generally portrayed of vampire, monsters, skull and many more.

These designs are generally inked with black ink or dark colours as because Goths, people use to wear black clothes, black nail paints lipsticks and even used to dye their hair in black. So that’s the reason Gothic tattoos are inked with dark colours.

Let’s have a look at top 9 fabulous Gothic tattoo designs with pictures. 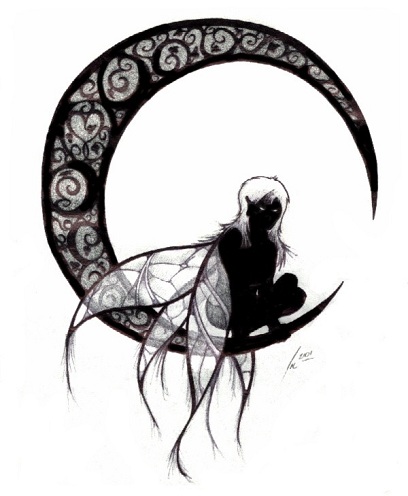 These Gothic style tattoo designs are famous as they are crafted with black colour and enhance the look of the design by miles. The crescent shaped moon with delicate swirls inside the moon and a fairy sitting on the edge of the moon add more sizzles to the design. This displays the lionhearted attitude of the wearer when he get engraved on sleeve area and even that he adores the beauty of nature. 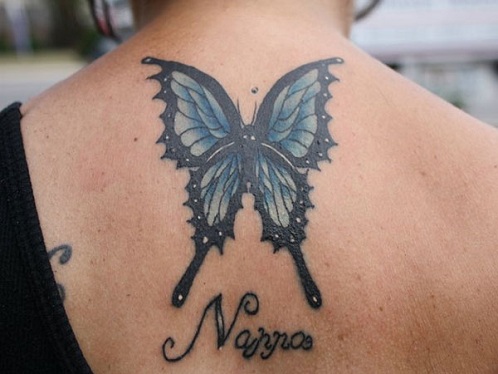 These Gothic butterfly tattoo designs are famous and in demand as they are ink generally with dark colour. In this design pretty and adorable butterfly is depicted with black outline and shaded with blue. The tattoo is depicted on the back and below you can engrave your name or even your beloved name in small letters to add more charming effect to it. 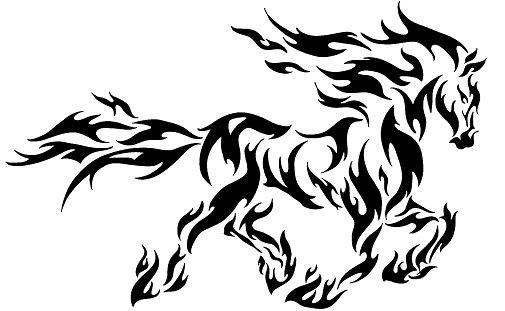 Gothic design represents designs associated with nature; this design even depicts the same. In this tribal Gothic design the image of riding horse is portrayed his masculinity, passion and a person who loves freedom in every aspect. 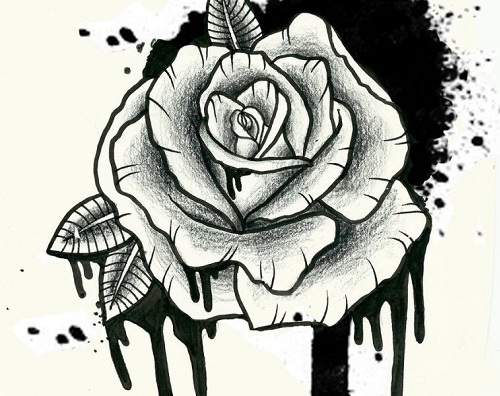 This design is crafted by people to let the world know that the person is in grief and recently he broke from the existing relationship. The stunning image in which the flower rose is styled in black and all over droplets of blood is speeded lends a ravishing look to the wearer. 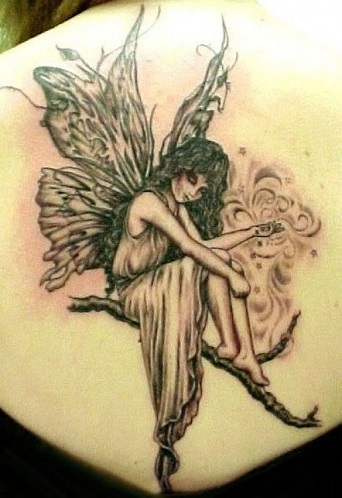 These Gothic fairy tattoos are very popular among women as it makes them appear very appealing and astounding. Here in the design the fairy is sitting on the branch of a tree. This type of design can be designed on any part of the body desired by you. 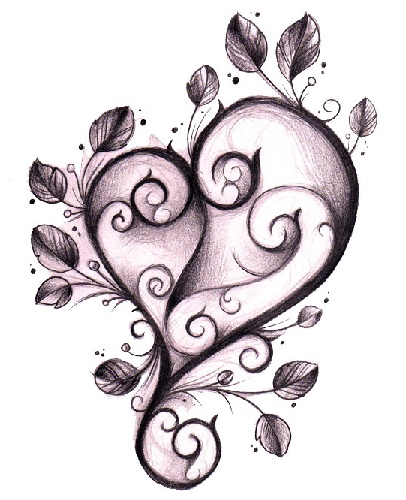 In this design a beautiful heart shape is designed re subliming that the person has lost his near and dear ones recently. You can even add the name of this person to make it look more magnificent. 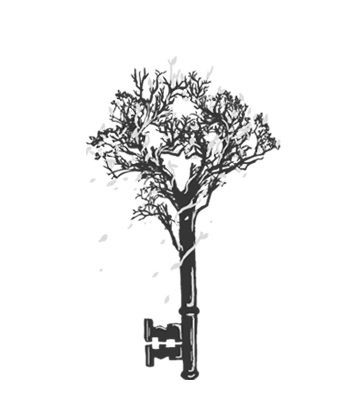 Here comes another beautiful and artistic Gothic design which can be designed by both men and women without a hitch. In the design a key a tree id portrayed and instead of trunk a key is depicted giving a marvellous look to the tattoo. A unique Gothic tattoo design can give a distinct look to the wearer. 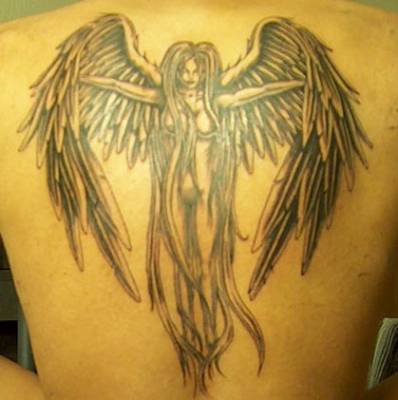 As Gothic tattoo designs displays the negative side of life, this fallen angel also depicts the same. In the design a fallen angel is crafted in which the wearer is conveying that because of his certain actions he has lost his near ones and now he is regretting the same. 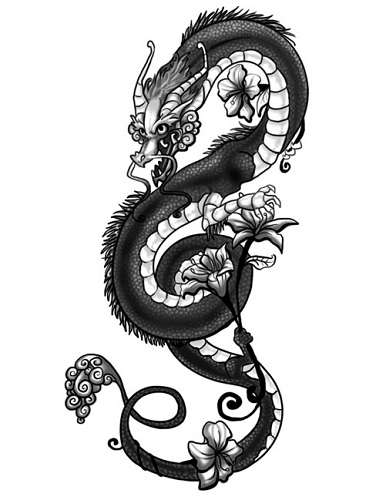 The vertical look of the dragon adds more sensational look to the wearer attire and persona. The image is designed in an artistic way in which the dragon is swirling in between the flowers.

Gothic tattoo is crafted by both men and women in any part of the body which can make you appear more stereotypes and enhance your persona by many folds. Gothic tattoo mostly associated with death and negativity, but if the tattoo is designed in a proper way its look amazing as well unique and lends an interesting look to the wearer. 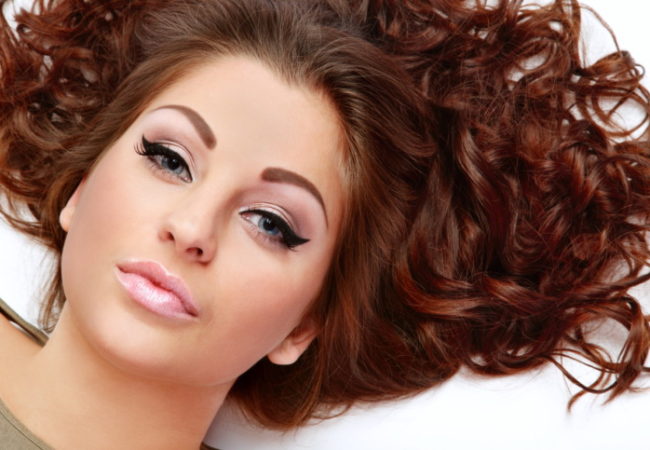 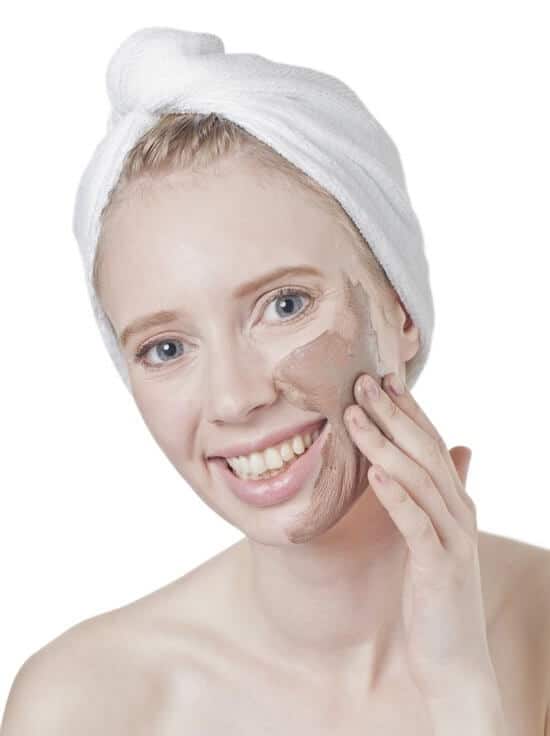