Sonakshi Sinha is the daughter of actor and politician Shatrughan Sinha and her mother Poonam Sinha. She had done her Bollywood debut opposite Salman Khan in the film Dabangg which was the biggest hit of the year in 2020. She got a lot of appreciation from the public as well as the Filmfare Award for Best Female Debut. She has a very innocent face and looks very pretty even without makeup.

Here we have given list of unseen pictures of bollywood flawless actress Sonakshi Sinha without makeup that are inspire you.

Sonakshi is looking extremely charming in the picture above with sans makeup. She is just wearing a plain white formal shirt and has her hair kept open which is falling from the right side. The actress just has a plain silver nose ring and her smile which is enough to make her look so good. 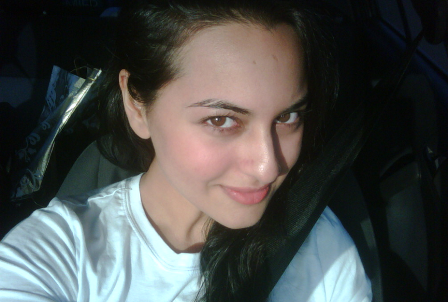 This is a self clicked picture of Sonakshi Sinha without makeup. She is sitting in a car and we can see that a seat belt has been attached across her. She is a casual white t-shirt and has kept her hair open. Trying to give a pretty pose at the camera, she looks sideways and clicks. 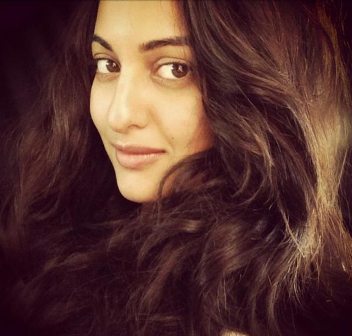 This was uploaded by the actress on Twitter. All that we can see is her beautiful face without makeup and her thick wavy hair kept open while she clicks. She is most probably wearing a casual black top. 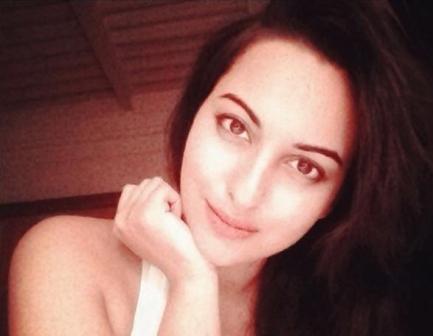 This is one more ‘selfie’ uploaded by Sonakshi Sinha. She is wearing a white sleeveless top and has bent her head a little and keeps her fist on the chin. Her hair is falling on her left shoulder and with those charming eyes she gets herself clicked. We as audience can see how pretty she is even without any makeup. 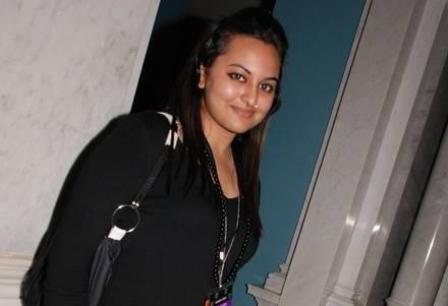 Before joining Bollywood Sonakshi was a little healthy as we see in the image below. The lady is dressed in black and has a neck accessory which has round beads in black and a silver nose ring she is often seen wearing. She is carrying a hand bag on her shoulder which is in black with little white patches on it. Her hair is puffed in the middle and kept open. She is more alluring in this look even in makeup free still.

6. The Innocence In Her Face: 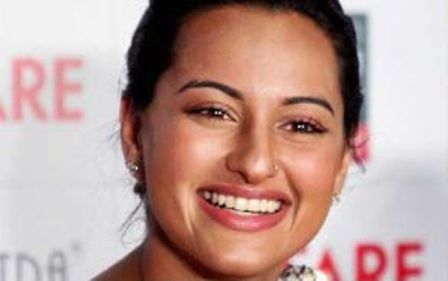 Sonakshi Sinha inherits the face of her beautiful mother and has a very pretty smile. In the picture above we see that the lady is without any makeup and looks equally beautiful and charming. 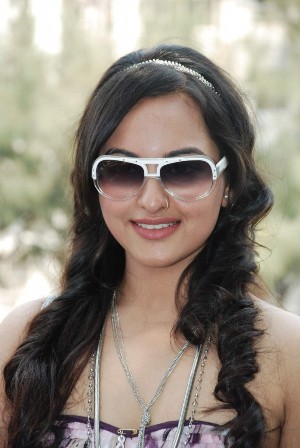 The actress is looking extremely stylish in the picture specially because of her curled up hair, which she has parted a little the front and the rest at the back with the help or a shiny hair band. She is wearing a mauve colored dress with purple border. She has beautiful silver and oxidized chains around her neck and a trendy pair of sunglasses. Here she is very beautiful and alluring even in no makeup also. 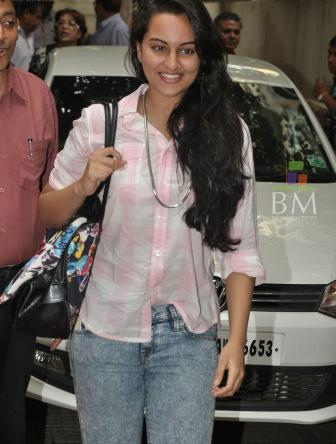 The picture above shows that the actress likes to stay simple without makeup. She is wearing grey and blue jeans with a pink and white checkered shirt tucked in and out messily; making her looks funky. She is carrying a printed bag and wears a long chain. 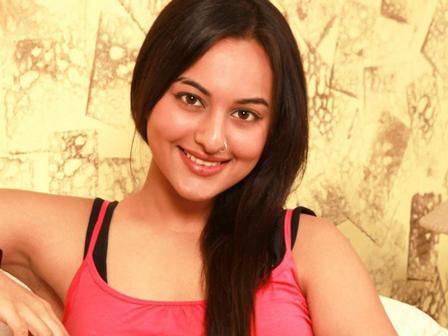 Sonakshi glances sweetly at the camera and we see that she is wearing a thin pink top along with black in the inside. She has straightened her hair and kept it open. She has accessorized her hand with heavy black bangles and she wears no makeup on her face.

Sonakshi clicked at the airport in the image above. She is wearing a white shirt with the sleeves folded up to the arm and a pair of black trousers. She walks smartly with her hands inside the pockets. She is carrying a black bag on her shoulders and has tucked a black pair of sunglasses on her shirt.