Back in the 1990s, an American actress decided to make a life out of her in the Holly world with classic movies like ‘The mask’ starring the funny man Jim Carrey alongside this diva who has just put her step forward into the bigger world. Cameron Michelle Diaz, a former fashion model and a to be producer back then created quite a buzz with her beauty, the classic blond light eyes playing in her favor. With time one would have imagined the looks to fade but the classic Diaz forever has hold her place in the industry releasing one hit after the other, all this time maintaining her aura. Pictures of her no makeup look speaks high of her as well. 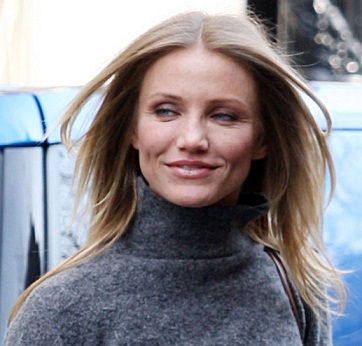 Getting comfy in her turtle neck, the stunning Cameron walked about New York in her Au natural self. From the looks of the picture, it is evident that she had no makeup on her face and yet the picture only speaks of nothing else but her beauty. The age has had a toll on her as her crinkles by the eyes were prominent. However, the look on her face is still unmatchable. 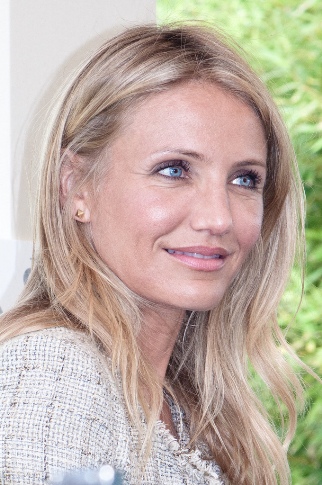 This picture of Diaz was shot on one of her Knight and Day movie conference where she has starred opposite Tom Cruise. There’s no denying that this stunner has never had a bad picture problem. Even with a slight dose of mild makeup, preferably a little gloss on the lips, she dazzled in her beautiful self. Her creamy smooth complexion paired with those light sea blue eyes does do wonder on her fans. 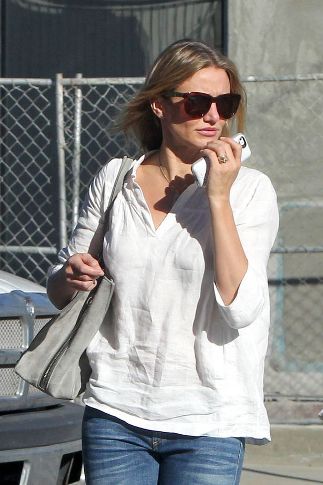 On a casual day out, Cameron paired her white blazer with some classic rip blue jeans and a sandal and even without any makeup on her face, she did look quite stunning. Being a breezy day, Diaz seemed to enjoy her time out with her hair flowing awry in the wind. No makeup is the best look for Diaz and she has proved that with this picture. 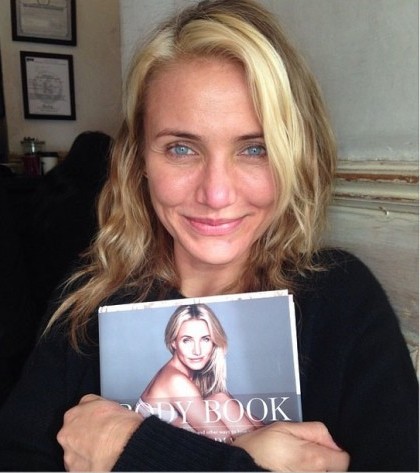 Cameron Diaz recently took the social media to click a picture of herself holding on to her newly published book called the Body book where she featured herself in the cover. However on her promotional picture, Cameron has stripped down to a no makeup look that clearly showed off her flawless face with any speck or spot. Her glow was only matched by her light sparkling eyes as she smiled sweetly for the camera. 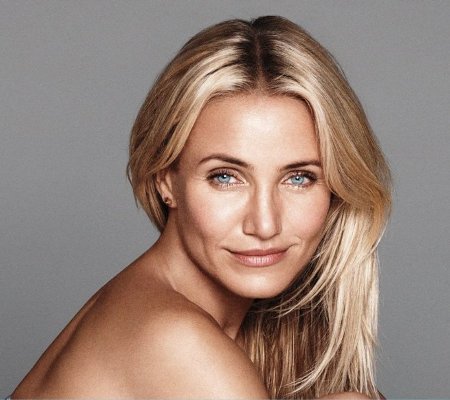 Speaking of her new publish, Cameron Diaz recently became the proud writer of her book named the ‘Body book’. The picture above is simply the stunning cover for the book and during her promotion she had gone with the cover theme which meant a no makeup beautiful Cameron speaking her inner most thoughts on the scribbled pages of her book. 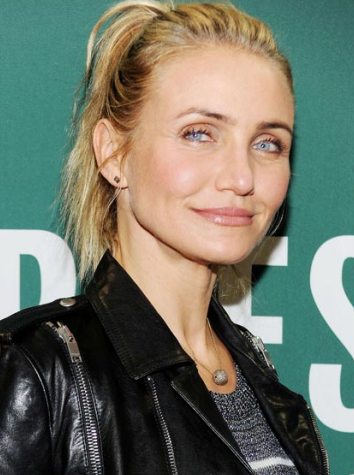 A post about her wedding announcement showcased this picture of her on one of her events where she has decided to go makeup free. The constant nag of the social media always requires you to be on the top of your toes and therefore sporting simply a mild layer of makeup, her lips and hair in a pony, Cameron in her true self looked gorgeous. 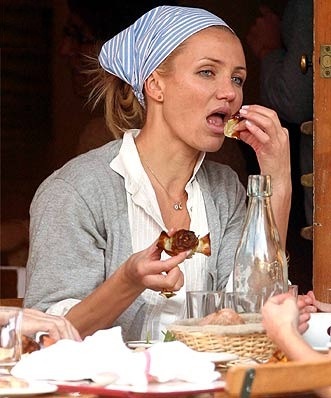 This picture of Diaz is a candid where she was seen feasting on one of the café luncheons where her hair was tied in messy back do with the scarf tied tightly holding her hair back while she even without the professional makeup artist’s assistance looked her stunning self. The star had no makeup on her as she continued enjoying her meal. 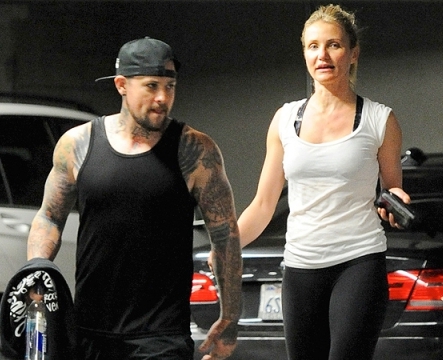 Here we have another casual Diaz look, this time with her boyfriend or fiancé causally strutting herself in her black comfy pants. This beauty with or without has always been a gorgeous deal.