Old Hollywood has always been surrounded by glamour, thus most actresses of that time are looked at like pure divas, women who are the perfect example of femininity, beauty and style. Elizabeth Taylor was one of the most representative figures of old Hollywood style, her amazing beauty and one of a kind purple eye color helped her name enter cinema history. To pay her tribute, V Magazine has turned to Kate Winslet for their 73rd Issue, The Heroes, with an editorial that pays tribute to a true star.

Kate Winslet’s natural beauty seems to have been a perfect match for the theme, as she posed amazingly, transforming herself into Elizabeth Taylor’s effortless glam style. Donning Elizabeth Taylor’s signature makeup and head scarf, Kate Winslet looks divalicious and talks about her life and her take on the old Hollywood actress, who unfortunately passed away in March, at the age of 79.

Kate Winslet states that Elizabeth was an inspiring actress and had a ‘real fearlessness in her’ which is a detail that can make all the difference. Kate told V magazine in the exclusive interview that: “There was a real fearlessness in her… which in Hollywood perhaps didn’t feel quite as prevalent. Now actors and actresses can bend the rules a lot. Back then, there didn’t seem to be a rule book, and there was some expectation in terms of how glamourous a woman should look. There is sort of a coolness and aloofness to the way she would look in posed photographs. In candid snapshots she was really quite soft, and she would really screw up her face. I do that as well. ”

Kate Winslet is an Oscar winning actress, and at only 35 years old she is a true professional, with a great amount of confidence and femininity, details that were quite common back in the days, so no wonder that she quickly resumed her role and managed to interpret perfectly that ‘je ne sais quoi’ that Elizabeth Taylor had.

Kate Winslet reveals that she can find a little bit of herself in Elizabeth Taylor by telling the magazine: “She (Elizabeth) was very strong in her head and in her heart, not just in the exterior, and I suppose I am. To me, she hid vulnerability fairly successfully, and I do that too. We all have vulnerable sides. I think for a long time I pretended I didn’t have one, and I definitely do. The last couple of years, I really had to pay attention to that. The great thing about acting is you can fling it all into the mix of the part.”

Styled by former French Vogue Editor in Chief, Carine Roitfeld and immortalized by Mario Testino, Kate Winslet looks breathtaking, so take a peek at the entire interview and pictorial in the 73rd Issue of V Magazine. 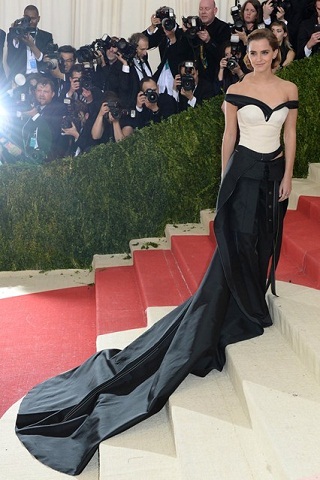 How to do Dal Bati Recipe