Trisha is a beautiful Kollywood actress who had debuted into films more than a decade back. She had tried to make a mark in Bollywood but failed and thus returned to Tamil and Telugu movies where she has been quite a success for years now. It is surprising that even with growing age she still maintains her look just as she was a decade ago. She still makes her fans mesmerized by her sensuous looks and killer expressions. We shall now see how she keeps it going. 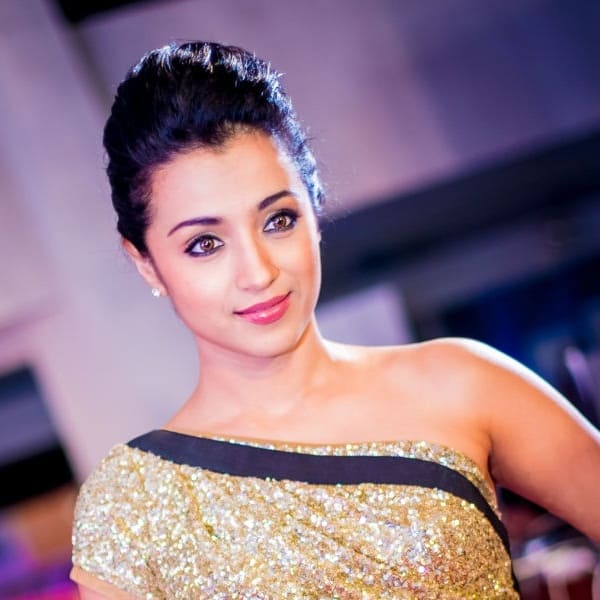 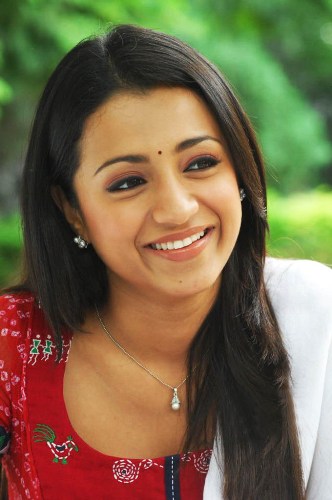 Trisha has reached her 30’s and she says that she is not straining on her face and figure very much. She is keeping her natural look and letting the signs of ageing show prominence because that is how she naturally is. She doesn’t have a perfect figure but she keeps a healthy diet and workouts well. 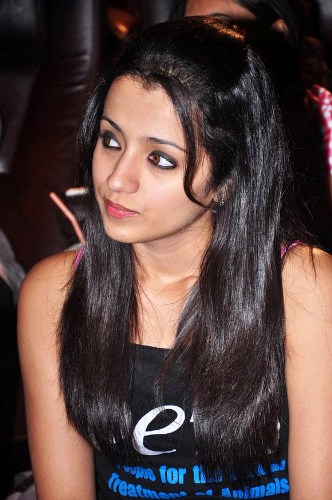 Kollywood has come up with ‘HD makeup’ which is specially used for HD cameras and Trisha loves it because she is always been fond of dressing up and makeup. She has been very keen on makeup from her childhood and believes that proper application of makeup is like an art and thus she keeps on getting that perfect. She bases her makeup with a foundation which matches her skin tone. For her regular look, she just adds an eyeliner, mascara and a lip gloss after the foundation. Trisha loves to keep her hair open and part them sideways which is her signature style. She loves the light brown highlights for her hair and gets suited with both curly and straight hairstyles for herself. At parties and events, she likes wearing both western and Indian outfits. She carries them off perfectly because of her slim body and can still give the younger actresses a competition. 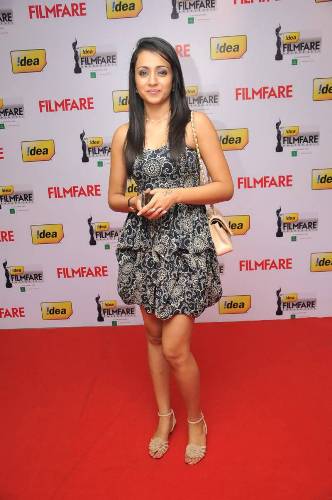 Trisha has been a mentor to all her fans who have wished to follow her diet routine. First and foremost for liquids, she drinks a lot of water, along with orange and pomegranate juice. She likes to have green tea because it contains anti-oxidants and avoids regular tea and coffee. She lives so much on fluid because that keeps away early ageing.

Trisha intakes a lot of vitamin C for healthy living and eats a bowl of fruits which includes lemons, oranges and other citrus fruits. These keep her skin glowing even when she is in her later 30’s and they are also the reason for her eyesight to remain strong for the years to come.

Trisha stresses the most on her breakfast and has a heavy meal full of parathas, omelettes, curd, etc. It starts off her day which a lot of energy and keep her stomach full for a long time. 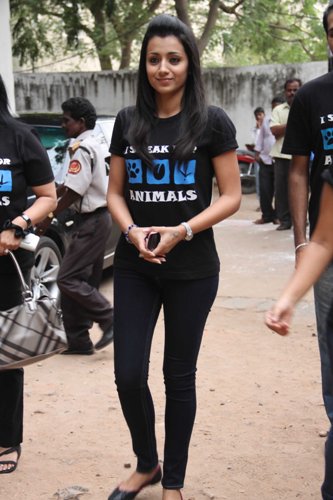 Trisha stresses a lot of exercises. She is a fitness freak and cannot go a day without her regular workout regime. She is first a fan of freehand exercises which gets her body and arms toned up. Yoga is also her favourite because it calms her mind from the stress of hectic shoots and stimulates her metabolism which is a healthy way to cut down fat. There are roles for which she has to put on weight and roles for which she needs to lose, yoga is her best remedy for these frequent fluctuations. Trisha likes to do cardio exercises which keep her upper body strength. She somehow manages to workout every day despite having a hectic schedule. Apart from this, the actress loves to dive into the water and swim. She enjoys water so much that she could spend hours in the pool.