Day to day usage of gadgets has seen a tremendous changed which includes from using a manual tuning hand watch smartwatch to solar cell inbuilt electronic gadgets. For people a simple design which has minimal features gadgets are very rarely used, instead, customers want multiple inbuilt features. Talking about using advanced physics and its application in designing high-end gadgets has seen enormous growth. To that list of development includes the atomic clock designs.

What Is An Atomic Clock?

This atomic clock shows the precise time by measuring each second more precisely and accurately. In this modern fast trend, people want to be punctual and accurate. This idea of creating the best atomic clock was devised by Isidor Rabi Professor of Columbia University.

How Does Atomic Clock Work?

The invention of this mesmerizing device has created an immense response not only among the people who are interested in physics but also for normal people who like to own a great discovery at their workplace or at home. To get to know how these atomic clocks work is very much advised. Parents who can teach their kids about scientific-based information is indeed a great way to educate his or her kid.

In Order to determine the exact time, the International System of Units defines second as the number of oscillation made by Cesium atom which defines the seconds. The atomic element is passed inside an oven and the element A strikes the resonator inside which changes the state from A to B. The atomic element changing from A to B is dependent upon the microwave frequency. This change in state from A to B takes 9,192,631,770 oscillations which point out One second. This is the working techniques used in designing the Atomic clock.

To get to know the type and its design, this article brings out the top 25 atomic clocks used at Home, workplace, and outdoor location as well as during travelling. The caesium atoms are first heated and collected into a beam by using the oven and the atom of the different state are sent into the resonator and subjected to microwave radiation. This resonator helps in converting one state of an atom to another. The main ideology behind is to tune the resonator frequency with the atoms oscillation. The length taken to complete is 9,192,631,770 oscillations which determine one second exactly. Below are the cool atomic clock designs listed in detail.

Here we enlisted 25 cool and latest atomic clock designs with images. Let’s have a look into them. 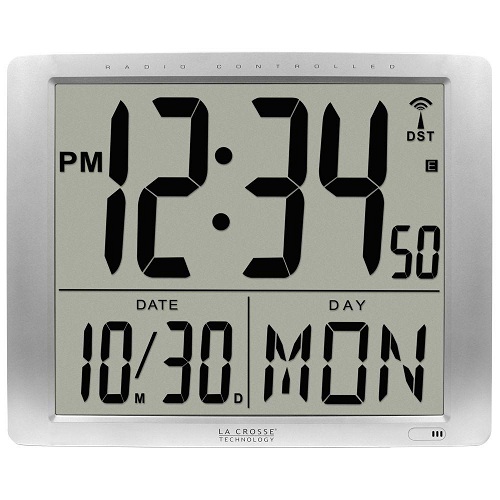 It has the standard time display which includes the second, this type of design is the foremost and most commonly used atomic clock design by most of the people around the world. The La Crosse technology is used behind in designing this clock with the National Institute of standards and technology. The size of the display can vary from small to extra-large which depends upon the display board width and the length. 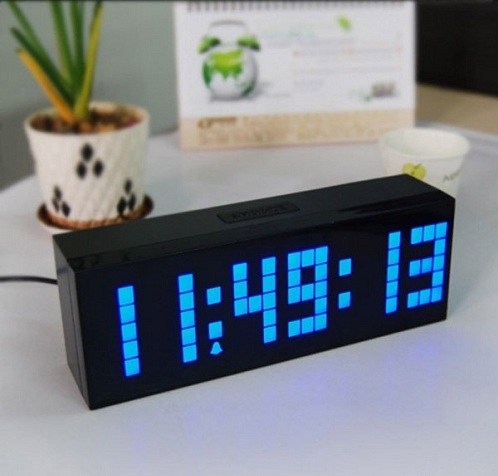 Light Emitting Diode is the most commonly used light illuminating semiconductor light source which is powerful which has gained importance due to its power-saving factor. The incandescent bulbs have been now replaced by LED lights. This clock is an energy-efficient clock. The clock with LED feature helps in longer duration usage and due to its stable feature, this LED atomic clock is considered as the best option also a gift to dear ones and also as a wedding present 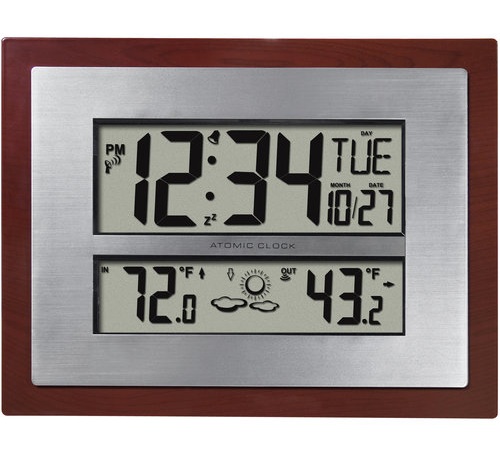 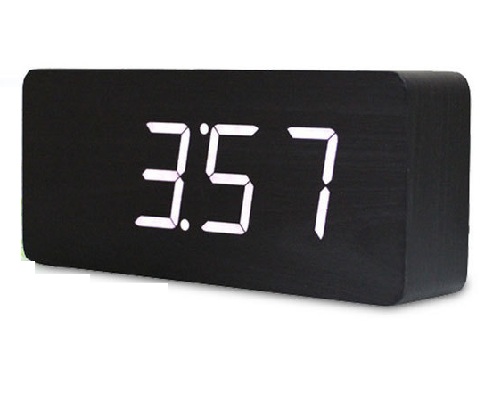 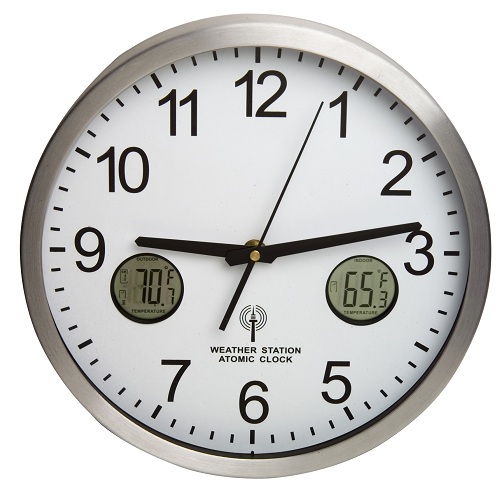 The outdoor atomic style clock has seen the huge difference which has been appreciated by the public. The concept clock has always been required factor in all important like in railway station airport and another office environment. 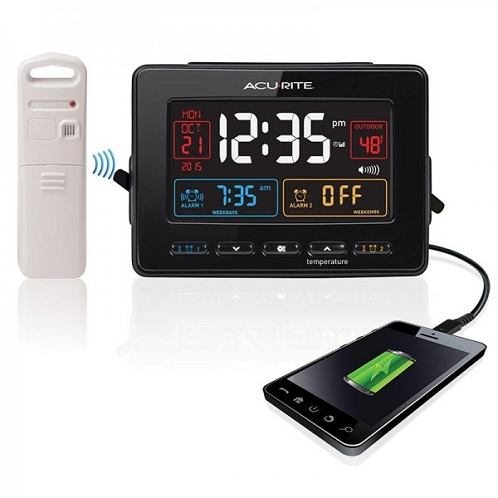 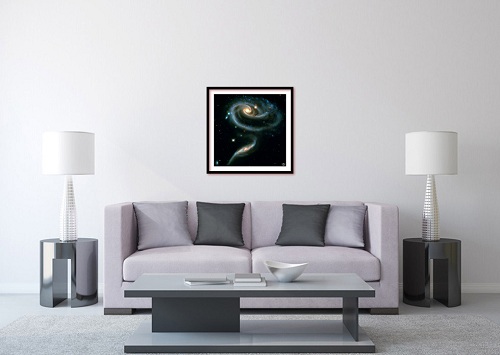 It has the simple and the most reliable design which nowadays replaces the traditional wall hanging cock design. The traditional clock does not come with display feature which is seen in the atomic wall clock design. 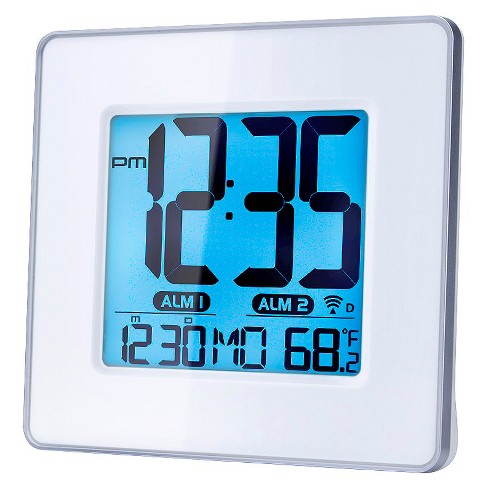 For those people whose first duty in the morning is to switch off the alarm and for people who rely upon waking up with alarm, for them this atomic alarm integrated side table clock design is an amazing thing to have. The alarm tone can be either set which is already inbuilt in the clock system or else one can also load their favourite into the clock which has the USB port or Wi-Fi connected clock. 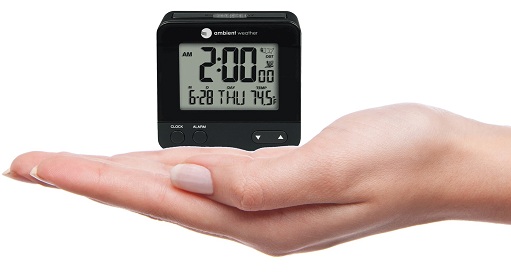 Travellers who are searching for a reliable and durable clock which comes in a handy design, then this atomic travel alarm clock would be the most recommendable clock design. The size of the clock can be compared to a wrist size which is definitely easy to carry the device. The outdoor atomic clock is a most happening and trendy gadget which should definitely pose in their hand baggage during the course of travel. People who are into long-distance travel like those adventures this clock would be the ideal thing to have. Kids who want to surprise their parents, this type of clock is an ideal choice. 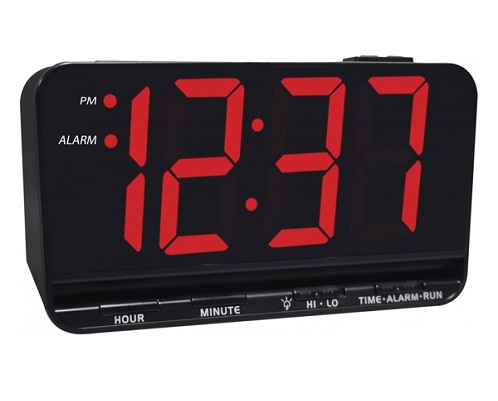 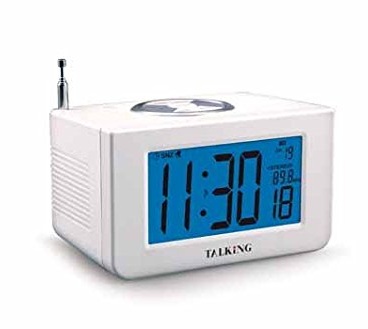 Designers have always made an improvement when it comes to the electronic world. Adding to this development feature, talking atomic clock would be a great advancement. This feature is very useful since the urge to monitor the time can be avoided since the clock has every hour time telling feature. The voice of this talking clock is available in both female and male voice, the sound can be adjusted according to one wish. 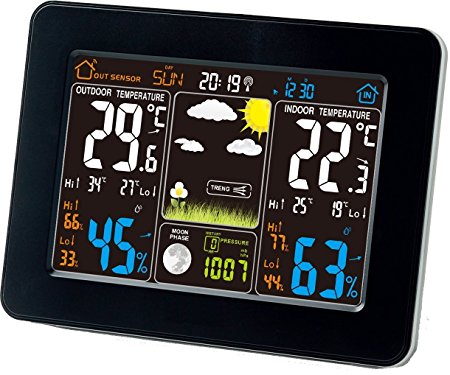 As electronic features are advancing every year, the feature of plain display of the atomic clock has also seen the change through its display colour feature. The display board can be highlighted more brightly by using colourful display effect. The weather forecast display as the high-end display quality and the colour of this display is bright and pleasant. The clouds, moon and the seasonal conditions are every displayed according to time and weather conditions. 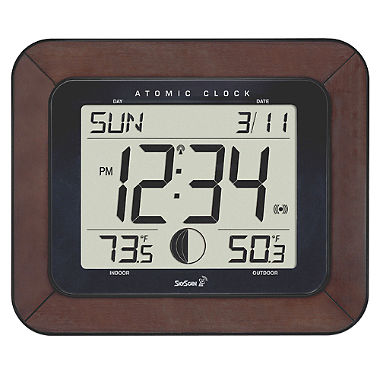 Skys can is a famous company popularly known for its atomic clock production. This company produces more than 40 clock models which have been highly popular among the people who like to buy the famous brand. 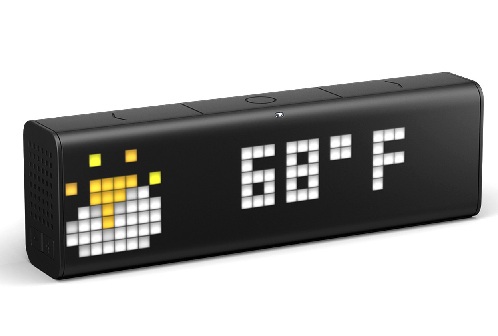 Industry 4.0 has taken its growth through smart home features which the tech fans are highly fascinated in having them at home. But to add to its advancement, it’s not only the tech fans getting attracted to this trend but also by teenagers and the mid-age crowd. This smart home feature created with an atomic clock feature is an interesting creation. 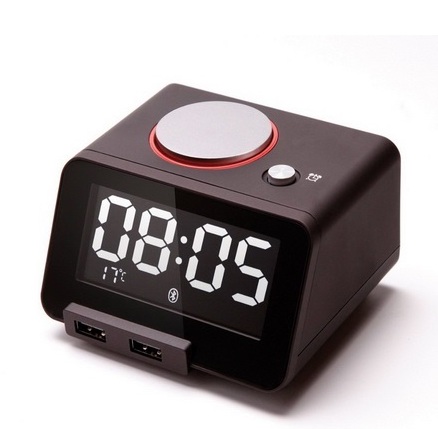 A simple clock which can have many interesting and creative feature according to the electronic age advancement, it is a brilliant idea of implementing Bluetooth feature to a simple atomic clock design. 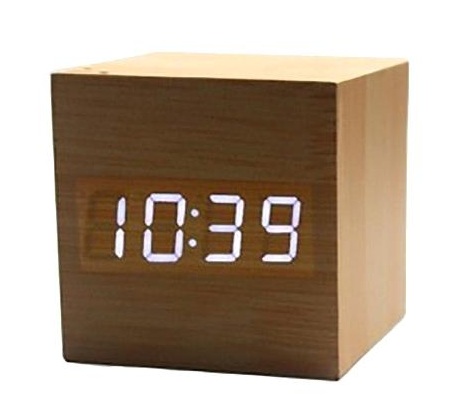 Going green can be the ideology behind this wooden atomic clock design. This clock has been designed using wood material. The wood is cut according to desired shape and design, the material is then designed into an integrated atomic clock feature. 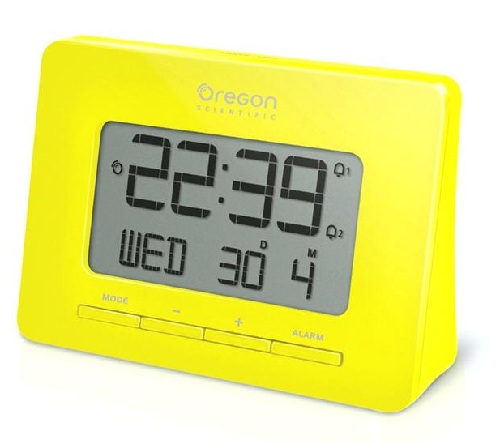 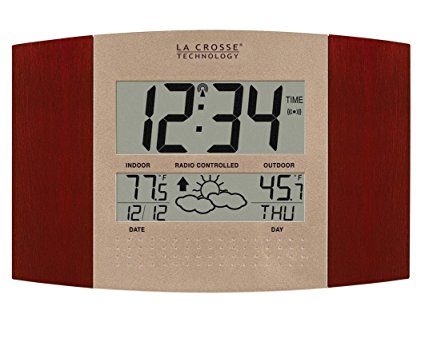 Lacrosse is a famous and world leader in atomic clock production, they are popularly called as the lacrosse technology built an atomic clock. The size of the clock can be designed according to customer’s choice or standard design. This world leader atomic clock has created tremendous value for its customer base due to their highly finished product and its quality. 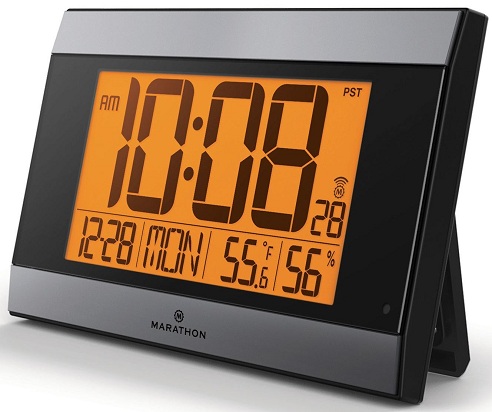 To get a different design pattern, here is an interesting option for those like creativity and unique design. The main feature of this clock is that the stand. This design looks similar to a photo frame. The size of the panel can differ from a small to huge panel width. The frame of this clock can be designed in a simple plain white or black format or else girls who like a decorative framework or some stone studded framework then one can create their creative frame for the atomic clock. 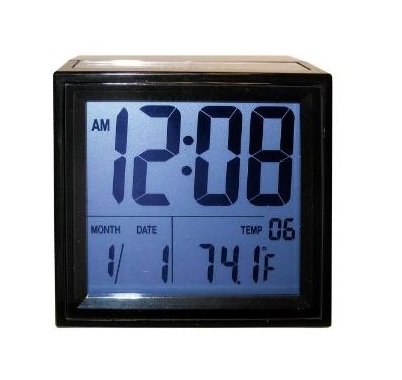 The solar atomic clock can be energy-saving equipment which does not only showcase environmental friendly item but also has this unique feature of showing the time, date, month and also temperature. 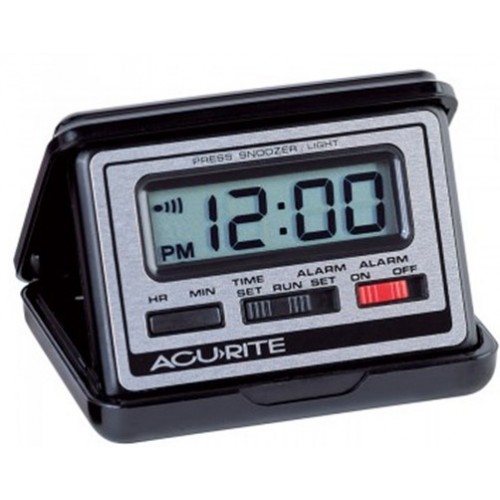 This easy and attractive time showing the atomic clock is one of the best items to carry as a travel clock as a pocket fitting everyday usage clock which can replace the watch. For those who like to carry unique things then this could be it. 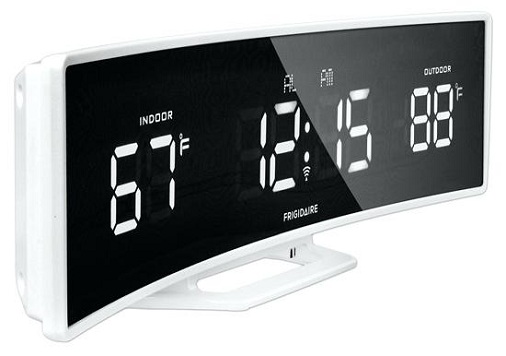 Large curved display atomic clock is an interesting invention in this modern era, which causes LED display feature with finely polished glass screen. The size of the screen is wide and curvy giving a modernized touch to the atomic clock. The curved display models have gained tremendous response among the customers due to its obvious design and its relevant features. 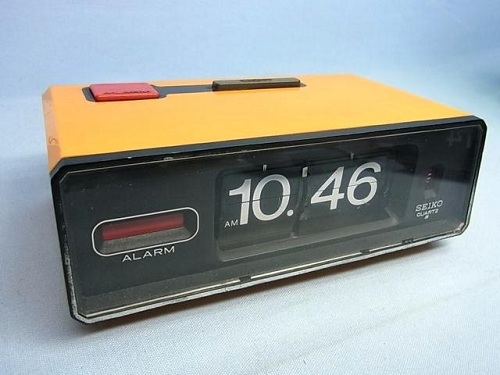 Atomic battery clock is a practical and easy to carry clock. Since the clock operates with a battery, it is easily portable and also the idea of using a rechargeable battery could be more environmentally friendly. The battery is usually medium in size since the size of the clock is also small to medium in width and height. The batteries which are rechargeable are more efficient as well as sustainable. 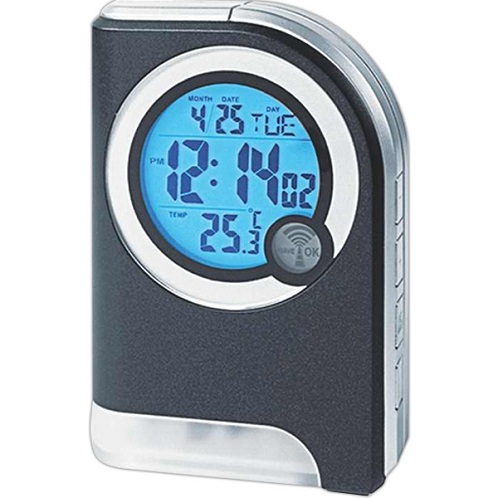 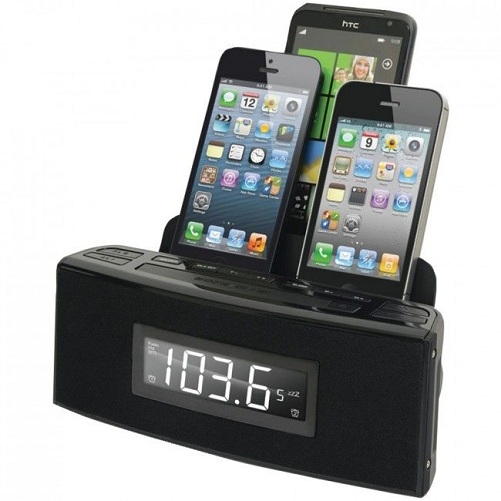 The dual functionality electronic items have gained its popularity due to its design and practicality. This phone port built atomic clock attracts the young generation since the feature of listening to the song and also charging the phone dually along with time showing feature is extremely useful.

Atomic clock designs are a good gadget to have, due to its immense reliability and durability feature. Buyers are always interested in purchasing good value providing items which last for a longer time with reasonable price. To add to this mentioned necessity, it is a very good option to buy a clock which is reliable and at the same time, it is a fancy and fashion-oriented design.