Pendant in French means to ‘hang down’. Pendants are pieces of jewellery that are attached to necklaces by a small loop. They give the plain necklace a heavy look and can be worn on different occasions. There are different types of pendants, such as talismans, amulets, lockets and so on. Pendants come in a wide variety of designs and colours. Pendants have a vast price range too. They range from cheap plastic ones to expensive gold and rare ones. They can be worn by children, women, as well as men. 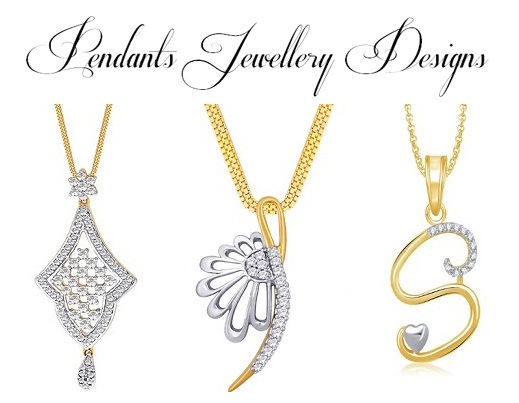 Here are the top designs for pendants for mens and womens 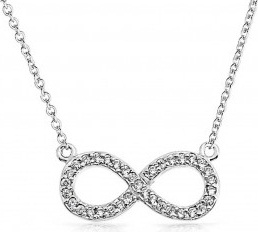 It is a beautiful pendant with an infinity shape studded with diamonds. This can be worn by children as well as women. This symbol represents eternity and a never ending spirit. It has recently gained popularity among the modern generation, hence has a very high demand in the market. Due to its simple look and light weight, it can be worn on a daily basis. 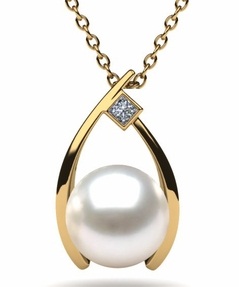 This is a Japanese styled pendant attached to a gold chain. The pearl is held in the middle by a gold enclosing. It is an elegant piece. It can be worn over a ball gown or a simple black dress. It will look good on a plain black saree as well. It looks equally good on traditional as well as western attire. 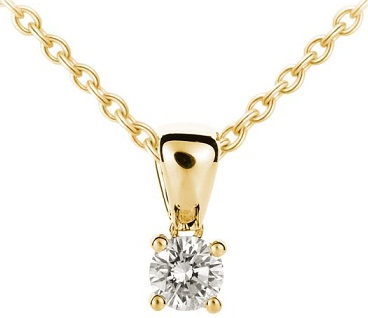 A solitaire is a single, large, beautifully shaped diamond. This solitaire is attached to a gold chain by a gold loop. It is something that is bought for daily use by the rich crowd. Since it is made of a solitaire, it will go well with all kinds of attire, adding a rich look to it. The chain gives a class y look to it, since it is made of gold. The gold loop with which the solitaire is hanging also looks royal. Every pendant lover who has a high budget should buy this one. 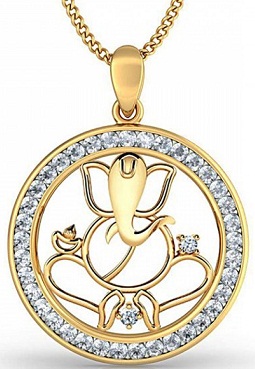 This pendant is just one of the most beautiful creations. It is elegant, classy, and every good word there is to describe it. The gold chain attached to the circle of diamonds is truly a masterpiece. A figure of the god Ganesha is seated in the centre, which is made of gold and has two diamonds too. This is truly beautiful and is a must have for all the people who worship lord Ganesha. 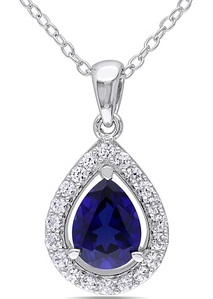 This is one of the cute and elegant pendants for women. It has a tear drop shape and is attached to a silver chain. A sapphire is held in the middle by a diamond enclosing. The blue sapphire looks majestic and classy. The best part about this pendant is that it can be worn over traditional as well as western attire, like a dress or an evening gown. It is simple, so it can be worn by young women too. 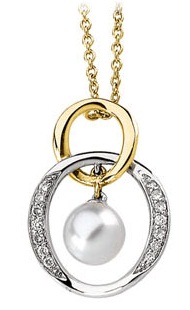 This is a unique pendant. It is double looped, hanging from a gold chain. The first is a golden loop, which is further attached to a silver loop. The silver loop is studded with beautiful diamonds. A pearl is hanging from the gold loop. This looks really appealing to the eyes and will be loved by women of all ages. It can be worn to an official party and is sure to steal everyone’s attention. 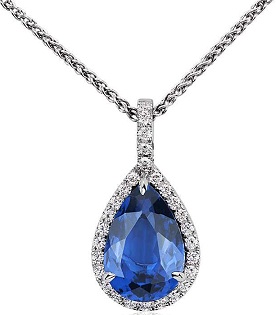 Tanzanite is unique since it is just found in one place on earth – Tanzania. It is very rare. When seen under different lighting conditions, the colour of the pendant appears to change. This is a characteristic of the mineral. This pendant is a bold piece and looks very feministic. It is simple, and will look great with a pair of matching earrings. 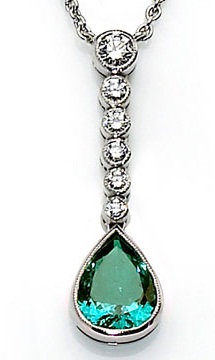 This is a really pretty gemstone. The beautiful pendant is attached to a silver chain and has six diamonds in a row, followed by an emerald pendant. This is one of the classy jewellery pendants. It will look good on Indian wear as well as western wear. It can be worn by women of all ages. 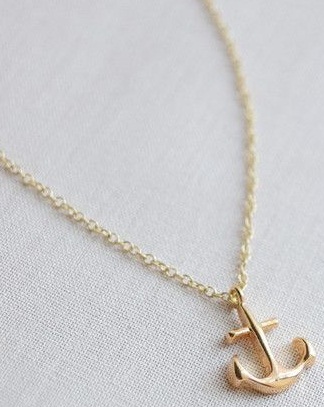 This cute pendant is in high demand by the young generation. The anchor signifies one being a support system for another. It is a really nice gift from a friend to another. This pendant can be worn on a regular basis since it is small and light. It will look good on all girls of all ages. The gold anchor looks simple yet attractive. This can also by a father to his daughter. 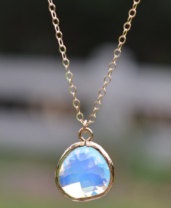 Opal is one of the prettiest minerals. This opal pendant is a simple and cute, light blue coloured pendant, attached to a gold chain. It is light-weighted so it can be worn on a day to day basis. This will look good on any kind of attire. It can be worn by kids as well as adults. Its simplicity is the thing that makes it look good on anyone. 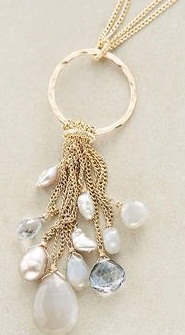 Unlike other pendants, which have just one stone, the rainfall pendant is unique as it has many stones hanging. The stones give the effect of the rain drops that keep falling. The way the stones are connected to the main golden chain, gives it a very grand look. When worn with a western attire, it enhances your look and lends you a charming appearance. Furthermore, the rainfall pendant is something that is very new and will never go out of fashion. It is something different from the general concept of a pendant, hence is gaining popularity among the young generation. 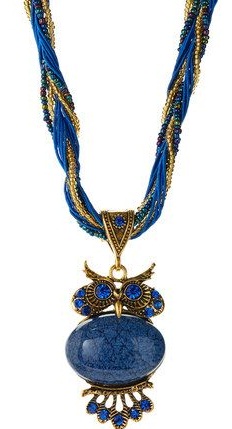 This pendant is in high demand among the teenagers. The owl has become a ‘cool’ bird and owl accessories have flooded the markets ever since. This owl pendant belongs to a different class. It is attached to a multi-layered necklace. The owl has pretty eyes made of gemstones and the shining look makes it all the more attractive. This is a must-have for pendant lovers who like to keep their accessory wardrobe updated and funky. 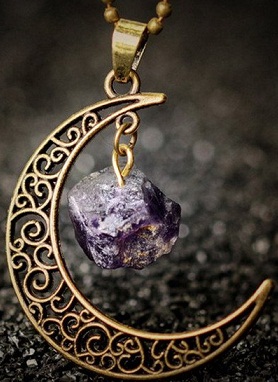 This is a classy an elegant pendant. The golden chain is hooked to a gold moon that has a really pretty design on the inside. The moon also has a gemstone attached to it, which is purple in colour and gives a luxurious look. This is one of the prettiest and most charming pendants of all time. It can be worn by all ages and on all kinds of attire. 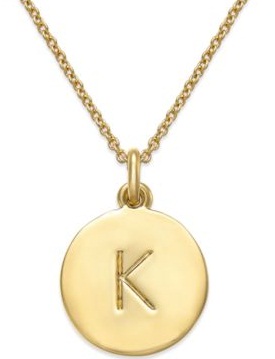 This is one of the most common types of pendants. It is made of gold and has a letter engraved on a gold disc pendant. This looks simple but cool. Due to its minimal look, it can be worn to work or college, hence it can be worn on a regular basis. It will not look too much on anything. It also does not restrict itself to any particular age group, and can be worn by anyone. 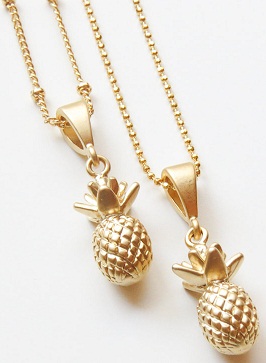 This pendant is for fruit lovers, or someone who is very quirky. The modern generation does not believe in the mainstream designs and everyone wants to try something new. This pendant is made of gold, hence is of high value. It is attached to a gold chain and the pineapple design is very accurate and looks like an exact representation of the fruit. 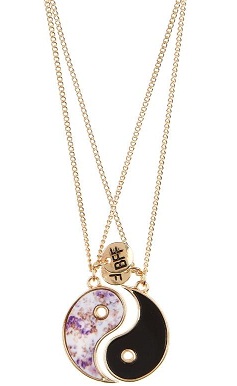 Yin yang is a symbol in Taoism. It means that even though two forces may be contrary to each other, they interrelate to each other. The black and white colours symbolize contrary forces. The white represents everything good and black depicts everything bad. The little white dot in the black portion shows the little good in every bad and the black dot shows the little bad in every good thing. This is a meaningful message that this pendant delivers. The pendant looks classy and can be worn by anyone. 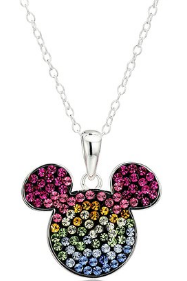 This trendy pendant is in the shape of a Walt Disney character- Mickey mouse. It is colourful and studded with round stones. This will be loved by kids and teenagers. The silver chain is kept simple so that the pendant enhances the overall look. The coloured stones give it a cute look. Every Disney fan loves Mickey Mouse and is bound to love this pendant.

This flower pendant is elegant and classy. It has a pure gold chain with a golden flower. It has a diamond in the centre. Overall, it is an expensive pendant and can be bought by those who wish to splash the cash. It will look good on traditional wear and can be worn to family functions. It is not too jazzy and hence looks good. It is one of the simplest gold jewellery pendants for women. 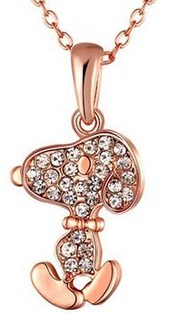 This pendant is shaped like the very famous comic character- Snoopy. It is one of the favourite characters for children. Everyone loves Snoopy. Because of the rose gold colour of the pendant which is studded with diamonds, this snoopy has a very different look than the other pendants. It has a loud look and it goes well with simple clothes. Snoopy fans will be interested in buying this, so this restricts the demand of the pendant. The pendant looks adorable on children. 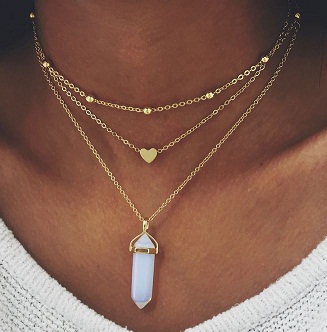 Quartz is the second most abundant mineral in the crust of the Earth. It is a semi-precious gemstone. Since old times, it has been used in making jewellery as well as hard stone carvings. This pendant is a simple white quartz pendant, attached to several gold chains along with gold beads and a heart on them. The pendant is simple and looks sophisticated. Along with the necklace, it gives an overwhelming look to the neck and enhances the collarbone. It adds beauty to the neck and can be worn over a simple dress or top. It can be worn by children as well as elder women. 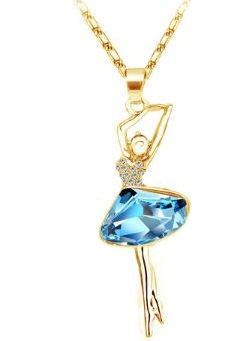 This pendant showing a girl doing ballet is one of the prettiest pendants for women. It has a gold chain and the pendant is made of diamonds as well as a gem stone. The blue gemstone which forms a part of the dress is shiny and looks attractive. The small diamond studs just add a sober look to the piece. 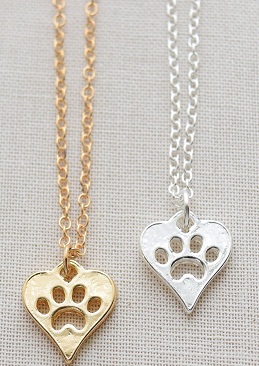 This pendant is for all the pet lovers out there. It comes in gold as well as silver. The pendant is also of the same colour and a dog’s paw is made hollow in the centre. It is cute and kids will love it. 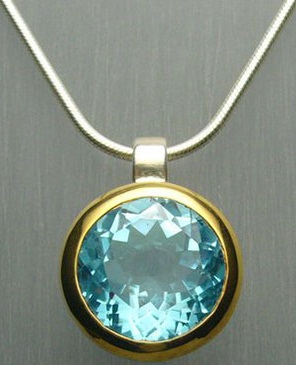 This topaz pendant is cute and simple. It hangs from a plain silver coloured chain. The light blue topaz is seated in a gold enclosing and is shiny and looks pretty. It looks good on all kinds of attire. 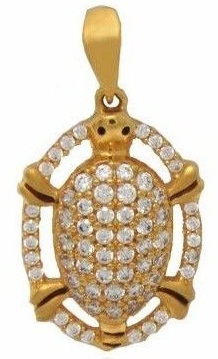 This pendant is classy and studded with diamonds, which makes it more appealing.

This is a classy pendant which is diamond studded and a gold gemstone in the centre. It will look good with a silver chain.

Pendants have been worn since the time jewellery was invented. These days there is a huge variety to choose from. Pendants for women come in all ranges, from very cheap to very expensive.