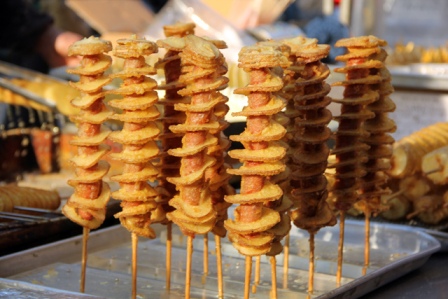 Koreans foods lay majorly over the rice, meat and vegetables. The authentic Korean dishes are side dishes made with rice. Ingredients used in dishes vary from place to place, but all the dishes are nationally consumed, and the ones which were just regional are now mixed and matched in different flavours and are sold nationally. A traveller going to Korea would come across a variety of street foods and would enjoy them if they know how to choose and can differentiate between healthy and unhealthy. Korean people don’t like to get up early, but they have worked at 10, so they like to grab some street food and head to their workplaces.

The people who are on a diet or who like to eat healthily are not going to enjoy the street food we see above This is a hot dog which has a stick through it, surrounded with potato slices all over it in a shape of a tornado and is deep-fried altogether. 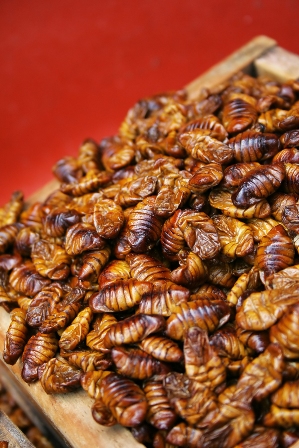 The Koreans consumed insects. We see silkworms above, which are traditional snacks of South Korea. If any traveller is craving for some exotic food, they could try out some of these or just give it a try to for experience. 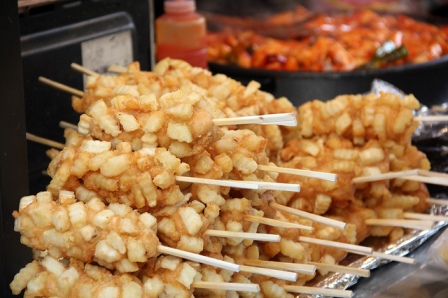 These are a different form of French fries which have rather taken over the place of French fries in Korea(1). The young people like to munch of them with ketchup and sometimes sugar. It is an amusing potato swirl, and potato cut into a spiral and put through a stick. It is deep-fried till its crunchy. Sometimes cheese is put over it. 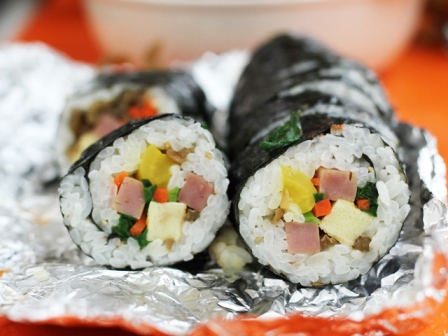 Kimbap is white rice. The rice is first cooked with salt and semase or parrilla oil and then rolled in sheets of dried seaweed. The rice contains meat and vegetables and is sold cold. Their sizes of the rice cakes are not too big; they are biteable enough. Kimbap is a popular street food which is served with a bowl of ‘kimchi’ for dipping. This the best Korean Street Food Recipe. 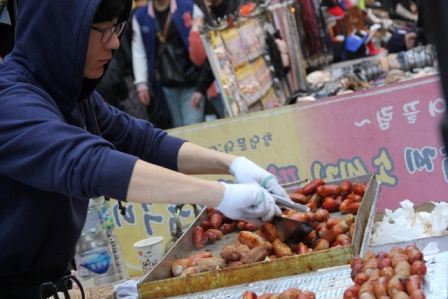 Koreans are obsessed with hot dogs. The picture above has hot dogs stuffed with a variety of ingredients, and some are wrapped in bacon and were cooked in their grease. We can look closely and observe the white ingredients in the hot dogs. 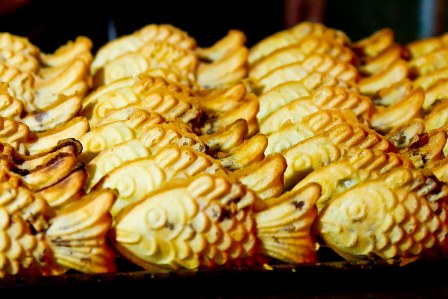 In the picture above, we see a dish called Bungeoppang. It is a pastry in the shape of fish. The batter is poured into waffle iron which has grooves of shapes if fish. It is hollow is the middle which is added with red bean paste and is closed off with more batter. This dish is also prepared in floral shape and is known as Gukwa ppang. These are served warm and are most liked to be consumed in winter. 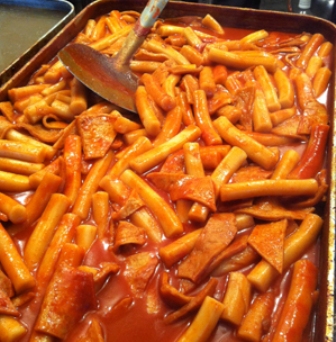 One staple food of Korea, also available as street food is this dish of Tteokbokki. The recipe for making this has kept changing over time, but from the 1950s the street, varieties have remained quite similar. These are cylindrical shapes of rice cake, cooked with pieces of fish and are spicy because of chilly. This is the vintage Korean Street Food Recipe. 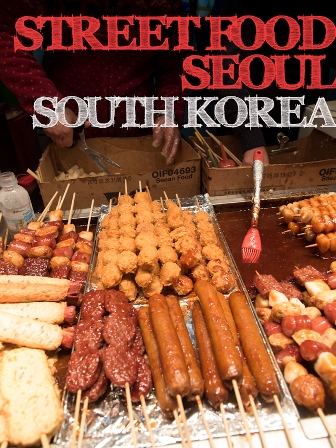 The picture above shows us varieties of sausages available in Korea streets. They use a variety of meat like chicken and pork, but what is more wildly used is fish, and they are also made into steaks likes sausages. They like to have them with a variety of cheese and sauces. 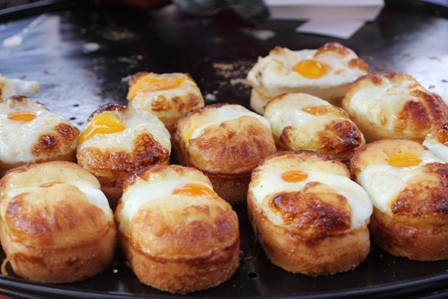 These are simply egg poaches made and placed on the gap in the middle of the bread pieces. The bread pieces are the hot iron and are being toasted to be ready for some hungry bites. 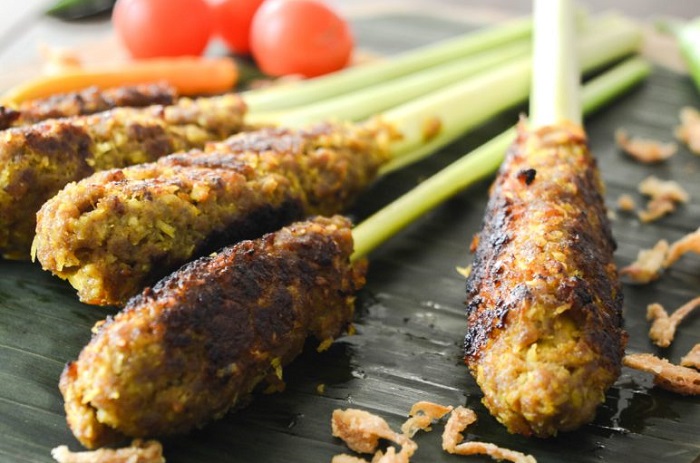 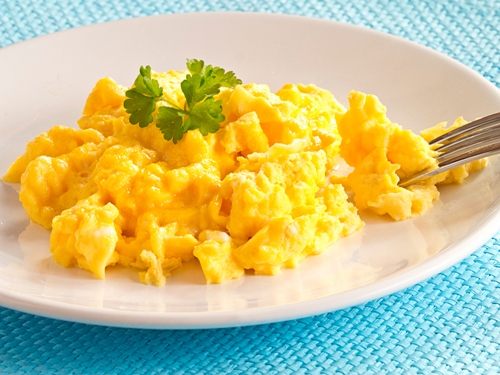 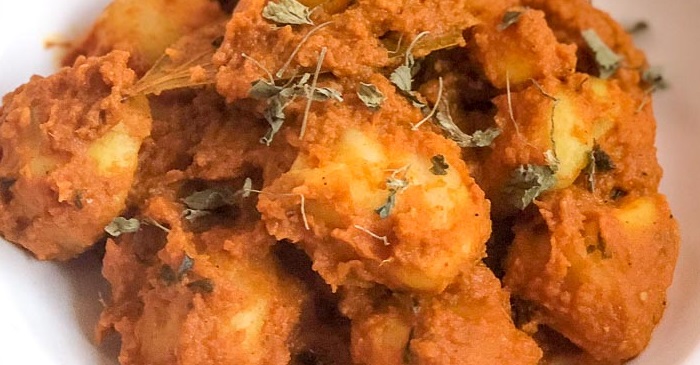 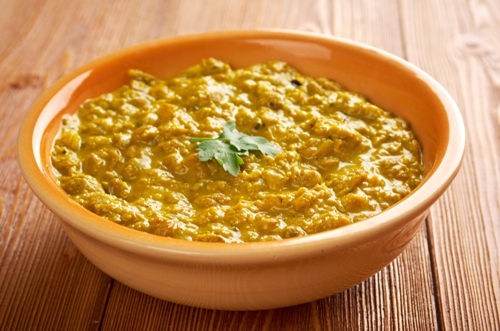 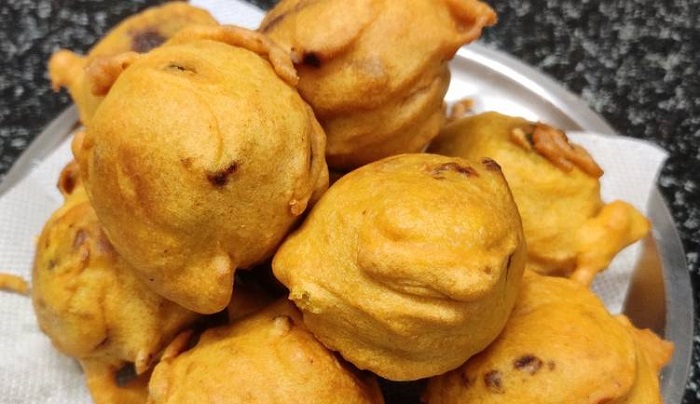