Hi Everybody. I hope you are enjoying the body transformation series of the celebrities and movie stars, such as Gerard Butler or Janet Jackson. This time I’ll talk about Christian Bale, because he lost and gained weight many times for movie roles such as Batman, The Machinist or the American Hustle.

As you can see his body has changed many-many times in every 2-3 years and for one role he even gained 20kg extra. He was skinny at that time and in a record time he gained several kg in muscles, then he lost weight again for the next role and so on. The chart below shows his “yo-yo”ing.

Let’s see a summary of this 13 years of stunning body changes.

The actor bulking up to play a killer perfectionist in American Psycho. To achieve this sculpted physique, the actor worked out for three hours a day, six days a week.

In one of his most infamous body transformation, Bale lost his well-earned muscle to play insomniac Trevor Reznik. He dropped to the shocking weight of 121 lbs (~54 kg). To achieve that, the actor cut himself off socially and subsisted on coffee, water and an apple a day for four months.

For this role he needed a strong body and to reach this he was on a high-carb diet and I guess his body said a big “Thank you” to get some food and nutrition again and he started to train 3 hours a day in order to gain bodyweight again.

I know I have skipped two roles, because the difference is not huge compared to the Batman movie.

And here comes another Batman movie so C.B. had to be in shape again and he had to gain muscle and weight because a skinny superhero doesn’t look good on the screen and on the other hand the costume wouldn’t have fitted.

For this role he had to say goodbye to muscle mass.

To reach this “outstanding” shape he ate lots of junk food, mostly cheeseburgers and he gained an extra 20 kg. Gaining this body mass is very easy but losing it…….it’s so TOUGH. As far as I know,  the actor is still fighting against these extra kilos and trying to lose them.

From The Machinist to Batman

After this summary, let’s talk about the biggest transformation in his career that happened from 2004 to 2005. Yes, I am talking about turning to Batman from The Machinist. I am not saying it was easy to starve your body, only eating an apple a day and drinking lots of water and coffee to boost your metabolism in order to lose weight faster. Doctors asserted,” he might be suffering from some serious health problems“. But under the guidance of a dietician and a personal trainer, Christian Bale brought back his slow metabolism on track. His metabolism was drastically deteriorated due to his long starvation period.  His dietician recommended him to gradually increase his diet after the role.

Here are some of the risks the actor had to face due to his fluctuating weight:

Obviously this weight loss happened in a controlled and supervised environment and he took vitamins and minerals to avoid serious health issues.

When he started to prepare for the role of the superhero he had to gain approximately 40 kilos. He gained all this weight in a very short period. This was an amazing transformation but not easy. The actor said:

“You do get a lot of nervous energy, I think, putting weight on. Unfortunately, I had to put it on pretty fast and it’s not very healthy doing that. That was when I felt bad. I did actually start to feel I was putting my body under too much pressure, because I put on 100 pounds in five months. You get big mood swings, but not such a bad thing when you’re playing this darker version of Batman.”

These five months were about eating and training and he is right when he is saying that it was too much pressure for his body and not very healthy. This is a very  short period to lose or gain such amount of weight and your body gets crazy, there’s no sense in starving for months if you have to gain muscles very quickly again.

He practiced intense workouts and weight lifting to gain a muscular body. I would say he did not jump straight into a very intense workout with his 55 kg and barely functioning metabolism. He got back into the proper diet and training gradually, otherwise he would have shocked more his already shocked body and system.

Possessing immense strength, the character in the movie required him to be very agile, speedy and powerful. Besides making a fit body, martial art has empowered the hero with an amazing strength.

The technique of martial art involves vigorous workouts, accompanied with light workouts or compounded weight bearing exercise, in the interval training. Practicing various workouts for different body parts, Christian practiced squats for toning his legs and thighs, and grappling and boxing were his weapons, to tone the upper parts of his body.

He basically followed a mass gaining workout routine such as Chris Hemsworth for the role of Thor, but C.B. started to build up everything from the bottom. Luckily the human body is a very-very efficient system and it has a good quality such as “muscle memory” that is actually “motor learning” ability that means teaching your muscles how to repeat movements or techniques over and over.  We all use muscle memory techniques in our everyday life. Whether it be riding a bicycle, typing on a keyboard or entering a common password or pin number, we have taught our muscles to carry out these commands without putting much thought into them. It takes a great deal of practice and repetition for a task to be completed on a strictly subconscious level. The process of adding specific motor movements to the brain’s memory can take either a short or long time depending on the type of movements being performed.

E.g. you have not ridden a bike for 10 years but when you start to do it again you can get back into it really quikly. The same happens if you did’t exercise at all for 2 years, the moment you would do it again your body remembers the movements that you used to do at that time back when you trained.

Dieting for the role

Any trainer knows that starvation is not a good idea if you want to lose fat and gain muscle, going from one extreme to the other. When he was getting ready for the role of the machinist he lost lots of muscle mass so after the role it wasn’t a problem what he ate, because his body would have started to build itself up. I have to say that the quality of the food is still important, especially when you are out of a role and just get into another one that requires a massive, muscular body.

The actor’s diet involved balanced meals infused with high-quality protein sources. To improve fat loss, taking carbohydrates from vegetables and fruits is a must.

The reason I chose the extremely skinny, and we can say very unhealthy physique, is to show you that you should never reach this point and if you wonder why, just go back to the list of risks he faced.

Did you miss the precedent articles about other celebrities who lost weight for movies? The ones about Jennifer Hudson and Angelina Jolie are also still available, enjoy them! 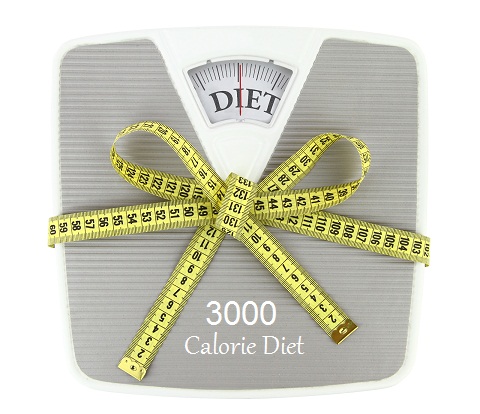