So, do restrictive diets actually work?

Diets have become popular in our society. They have become part of our lifestyle. They are a massive industry. Most people talk about them. Many people practice them. But what is true is that many people do not have enough information about dieting.

I have heard the argument that dieting works because there are many case studies where people have lost weight. True. However, these case studies are not followed for a long period of time. They just follow the event until the individual reaches his/her goals.

But then what happens? We all know someone who has lost weight dieting and we know that, after a period of time, this individual most likely is back to the weight that he or she begun with before dieting, chances are they’ve even added a few lbs.  What does this tell us? That dieting works?

1) Losing touch with your physical needs

Now let’s talk about the real consequences of dieting.  According to experts, to be a successful dieter, one must learn to ignore or distrust signals of hunger, appetite and satiety and instead depend on external references, such as food allowed/not allowed, suggested frequency of eating, and weighed or measured portion sizes.

As a result, most dieters have lost the ability to eat in response to physical needs and may be more susceptible to overeating for environmental (“because it’s there” or “because it’s lunch time”) and emotional reasons.

When we focus on a regimen, we tend to believe that everything should be followed by rules and by exact step by step process. This is called the perfectionist tendency which soon or later will lead the dieter to a loss of control.

Many studies suggest that dieters and eating disorder patients develop similar thinking patterns in relation to food: foods can be either ‘good/diet’ foods or ‘bad/bingeing’ foods. Foods can also be classified by this pattern of thinking, as either – ‘good/small/low energy’ amount or ‘large/diet breaking’ amount.

– Usually, most people have tried a restrictive diet and, at some point of their lives, they have the feeling of failure because they can’t keep up with it.

The above mentioned pattern of thinking and behaving is called diet mentality. This mentality or lifestyle, according to psychologists, is likely to result in weight obsession, poor self image, disordered eating patterns and disordered lifestyles, often marked by excessive or inadequate exercise.

In addition, research suggests that chronic restrained eating has been linked to overwhelming hunger, weakened control over food intake, heightened responsiveness to external hunger cues and possible risk of bulimia.

So do I recommend restrictive dieting?

No, there is not lifelong data to support that restrictive dieting works.

In my career, including clients’ testimonials, my testimonial and research, everything tells me that this type of dieting doesn’t work. And there are consequences not measured by people who start dieting.

However, there is an alternative that does help to lose weight and keep it off forever; and that is changing lifestyle habits. Remember that all in life requires effort and discipline to succeed. Weight loss and positive eating habits patterns are not an exception. 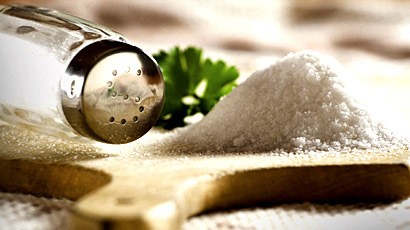