It has been used as a medicine for at least 3000 years – chocolate, a fermented extract of seed pods of the Theobroma Cacao plant, is one of the world’s most popular foods. And the effects of chocolate may surprise you!

It’s not all about the confectionery we see in shops everywhere and which is so often blamed for everything from bad teeth to obesity. There is a very different side to chocolate too and the effect of this chocolate can be very positive!

These are a type of plant nutrient found in many foods and drinks, such as tea, red wine, blueberries, apples, pears, cherries, and peanuts. They are particularly abundant in the seeds of the cacao tree—cacao beans.

Flavanols have been studied for many years, and have been shown to improve blood flow to the brain and heart, by affecting signalling in the brain regions that are charged with learning and memory.

Research by Dr Georgie Crichton, of the Alliance for Research in Exercise, Nutrition and Activity (ARENA) at the Sansom Institute for Health, which used data from the work of Professor Merrill Elias, who headed the Maine-Syracuse Longitudinal Study (MSLS) – a study which has tracked 1,000 people over 30 years.

From his studies Crichton noted “We examined whether habitual chocolate intake was associated with cognitive function (brain function – memory, concentration, reasoning, information processing), in nearly 1,000 individuals in the MSLS and found that those who ate chocolate at least once per week (or more), performed better on multiple cognitive tasks, compared to those who ate chocolate less than once per week.”

These cognitive measures included: verbal memory, scanning and tracking, visual-spatial memory and organization, and abstract reasoning, including testing the ability to remember and recall a list of words or remember where an object was placed, retain information, process it and then recall it.

“With the exception of working memory, these relations were not attenuated with statistical control for cardiovascular, lifestyle and dietary factors. This means that irrespective of factors including age, sex, education, cholesterol, glucose, blood pressure, total energy and alcohol intake, the relationship between chocolate intake and cognition remained significant,” Dr Crichton says.

The important element from this and from other studies is that when choosing chocolate, you want to choose a darker variety of chocolate, as they contain a higher percentage of flavanols.

This is what the cacao plant is scientifically named after and has a stimulant effect on the body in a similar way to caffeine, though much milder. According to one study even at low doses, Theobromine may have a significant effect on mood.

When you understand how dark chocolate can have such a positive effect on your brain, then eating real chocolate with a high percentage of cocoa, and not the disgustingly sweet chocolate which contains added sugars, is much better for your emotional and physical health.

This number tells you how much of the chocolate comes from the cocoa bean. Good quality dark chocolate generally has a minimum of 60% cocoa. Though it good to point out that cocoa percentage itself doesn’t dictate quality.

Two chocolate bars that are both 60% cocoa may have completely different quality levels, so do your homework and try different brands to see what ones work for you.

I also want to emphasize that chocolate consumption should always be part of a balanced healthy diet and lifestyle. 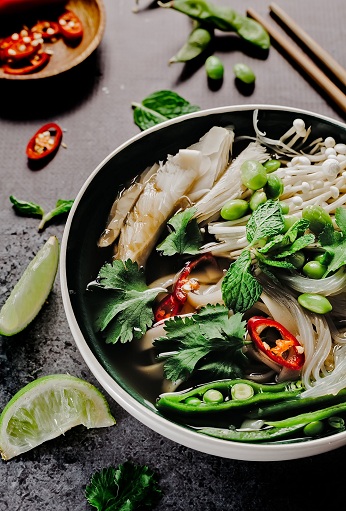