One of the main reasons that people adopt low carb no sugar diet is that they are either over 30% body fat, overweight, insulin resistant or any combination of the three. Insulin is the hormone made by the pancreas that transports glucose obtained from carbohydrates and into the cells to be used for the body’s activities and processes.

How does a person become insulin resistant?

High carb meals and sugary snacks all day long result in the pancreas secreting insulin all day long. If there is a constant onslaught of insulin from this constant intake of glucose, cells become insulin resistant because they are trying to protect themselves: high insulin has toxic effects. To protect themselves, the cells shut down their receptor activity as well as number of receptors. They start not to let the insulin in. But the pancreas doesn’t know that high levels of the hormone it makes are toxic. The pancreas just wants to do its job and get that glucose out to the cells. So it makes even more insulin. And then, the cells shut down even further. This means that all that glucose cannot be used and instead sits in the bloodstream. Instead of having a normal fasting blood sugar level of somewhere between 4-7, an insulin resistant person has one of 8 or higher. They may be diabetic too.

If a person has type 2 diabetes it is important to control blood glucose levels because high sugar levels for long periods of time increases the risk of:

Kidney disease, nerve damage, retinal disease, heart disease and stroke. The only way to get your body to produce the right amount of insulin is to slow the production of insulin with a low carb, low sugar diet. If over time, the production of insulin decreases, if levels in the body normalize and the cells don’t see insulin as a toxic threat, they “unlock” and begin to accept insulin to transport glucose out to the cells for its activities. With this increased sensitivity comes lack of resistance and then weight loss. Low carb can mean different numbers in different individuals depending on the activity level of the person. Approximately 50 grams is considered a typical low carb diet. But if that person is active and exercises, low carb can mean 100 grams. Age and gender also play roles in determining the proper count. It’s best to consult an RD or a health care practitioner to get a suitable number.

Anyway, to keep health from further deteriorating, it’s high time to adopt a low sugar low carb lifestyle. Here are six ways to ease the transition so this new lifestyle sticks. Let your taste buds get accustomed to this new way of eating. It takes nine weeks for a new routine to become habit but it only takes four weeks to feel the health benefits of controlling the production of insulin. And if you feel better, it makes it a whole lot easier to get to that 9 week mark.

You want to be healthy so naturally you think that eating lots of raw fruits and vegetables are good for you. And the fructose in fruits is a natural sugar so that can’t be bad for you, right? Well, before any kind of sugar or carbohydrate enters the bloodstream the body converts it to glucose. And whether this end product of glucose was converted from fructose, lactose sucrose, maltose or galactose is arbitrary. In the end it’s all still glucose and the pancreas secretes insulin in response. One banana contains 12 grams of carbohydrates and 23 grams of carbohydrates. 1 small stalk of celery has 1 gram and 1 gram in comparison. Serve the celery with some cheese or peanut butter; there are no carbohydrates in either. 6 pieces of Melba toast has 24 grams of carbs. An entire cucumber has 11. Chop the cucumber up with egg, dill and a light mayo or serve the cucumber with smoked salmon and some capers for a savory snack. It’s a lot more filling than the 6 crackers and you won’t have to eat again so soon.

Say no to the bread basket

At almost every restaurant, the first thing brought to the table is a basket of bread. It’s so hard to look at that bread and not partake. Who doesn’t like bread? But, if it’s not put on the table, you can’t eat any. The average dinner roll has 15 grams of carbohydrates and 2 grams of sugar.

Wrap your food in lettuce or kale leaves

Have you ever tried a leaf of romaine lettuce stuffed with grilled chicken, avocado, pico de gallo and sour cream? Or what about a skewer of beef stay wrapped in lightly steamed kale topped with peanut sauce? Some like these wraps better than a dry flour tortilla or a gummy rice paper disc. There are so many possibilities and alternatives to recipes that are high carb if only you get creative. There are so many delicious foods out there! Why be rigidly stuck within the confines of an old recipe? Make your own magic in the kitchen.

Almost everyone loves a big plate of spaghetti. Unfortunately, one cup of cooked pasta has approximately 43 grams of carbohydrates. A spiral grinder makes spaghetti or linguine out of veggies like raw zucchini or lightly steamed carrot. It drops the carb count down to 3 grams and 10 grams.

Make alternatives to soda and juice

Club soda and mineral water give that fizzy satisfaction that a soda can provide but without the sugar. A typical can of soda has 44 grams of sugar (the equivalent to 11 teaspoons). A 250 ml of juice has approximately 24 grams (the equivalent of 6 teaspoons). To add some flavor to mineral water try adding a splash of lime or lemon juice or infusing it with slices of cucumber, a “bruised” mint leaf or two or blueberries or some lavender flowers.

Make sure you are Getting Enough Protein

Protein, from food sources like fish, poultry, red meat, eggs, shellfish and dairy products keeps a person satiated for longer that carbohydrates (grains, fruits and vegetables) because they take longer to digest and so stay in the stomach longer. Protein is so much more than this though. It is one of the basic building blocks of the human body. Muscle, hair, skin, fascia, tendons and ligaments are mainly made up of protein. In addition, enzymes, hormones, neurotransmitters, and even DNA are partially made up of protein. Although our bodies are good at “recycling” protein, we use up protein constantly, so it is important to continually replace it. Unlike fat and glucose, our body has little capacity to store protein. If we were to stop eating protein, our body would start to break down muscle for its protein needs within a day or so. Our protein needs depend on our age, size, and activity level. The standard method used by nutritionists to estimate our minimum intake is to multiply the body weight in kilograms by .8, or weight in pounds by .4. This is the number of grams of protein that should be the daily minimum, say for a patient in a hospital that is sedentary. On the opposite end, some athletes need as much as 1 gram per pound of body weight. People on low carb diets often wonder if by increasing their protein intake, will it be bad for their health? The National Academy of Sciences reported that the only known danger from high-protein diets is for individuals with kidney disease. Extra protein not used for the repair and growth of cells can be broken down into glucose via gluconeogenesis. On low-carb diets, this happens continually. One benefit of obtaining glucose from protein is that it is absorbed into the bloodstream very slowly, so it doesn’t cause a rapid blood sugar increase, so no insulin spike. No more cells feeling threatened by this spike. Unless of course the amount of protein consumed is truly massive. Once again insulin will enter the bloodstream in excessive amounts, this time via gluconeogenesis. People vary when it comes to changing their diet and it depends on their personality and lifestyle. Some are ready to go cold turkey and make all kinds of changes. For the rest, it’s simply too daunting. Taking smaller steps works much better. 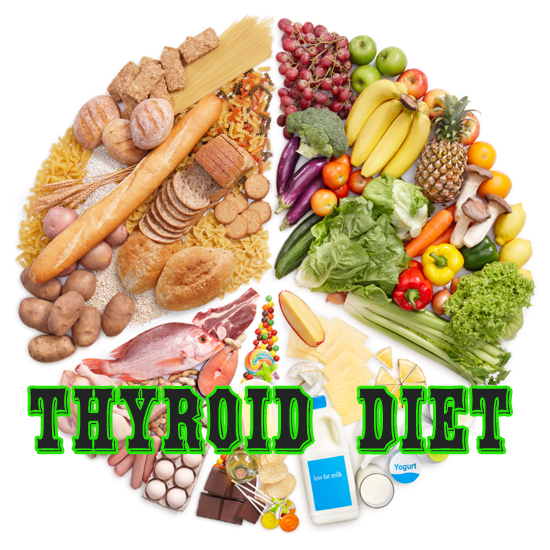