I scream, you scream, we all scream for ice cream!

Well at least some of us will unashamedly admit that we like and will eat ice cream.

Ice cream eating but still losing weight, is that possible?

RELATED:
The good news is that occasionally enjoying some of this delicious dairy dessert will not ruin your body composition or your fat loss goals.

Now the operative word is occasional and that does not mean everyday. So don’t go telling your doctor, trainer or significant other that Karlton Meadows says that I can have ice cream whenever I want it. Allow me to clarify, the dictionary defines it as sometimes but not often. So that would mean every now and then or infrequently.

It is interesting to note that one serving of ice cream contains fewer calories and fat than a serving of whole milk.  Additionally, the International Dairy Food Association shared that ice cream labeled “Low fat” could only contain a maximum of 3 grams of fat per 1/2 cup serving. While the United States Department of Agriculture recorded a total of nearly 5 grams of fat per serving of Low-fat milk.

So, when comparing “apples to apples” and “oranges to oranges”, ice cream still contains less fat than milk.  The champion of dairy beverages even has its own “Got Milk?” campaign with the accompanying notion that milk and cheese are preferred sources of calcium. Well, in my estimation I believe more people consume cheese than ice cream, especially since I see more salads topped with cheese than I see topped with ice cream. So are you curious to see how the numbers stack up for cheeses?

Okay, here are the fat stats on popular cheeses for those convinced that it is less of a culprit than ice cream. Cheddar has 9.4 grams of fat per serving, with Cream cheese weighing in at 9.89 grams, Cottage comes in at a solid 10 grams, while Colby scores a weak 9.1 and American comes in at 8.86 grams. But numbers start improving with Monterey Jack at 8.58 grams, Swiss at 7.78 grams, Provolone at 7.55 grams, Feta falls in at 6 grams, while Mozzarella and its low fat counterpart weigh in at 6.12 and 4.51 grams respectively.  The numbers aren’t in the stratosphere but they are all higher than that serving of Low fat ice cream  Let’s compare the macronutrient stats on whole milk, ice cream and a rice cake:

You might be wondering why in the world would I compare an odd item like a rice cake to dairy, especially ice cream.  Well, the truth be told a rice cake is more fattening than an ice cream because the rice cake has a higher glycemic load. And a five doctor team with the American Society for Clinical Nutritions conducted a study confirming that lowering the dietary glycemic load contributed to fat loss and keeping the fat off.  The subjects on a reduced-glycemic-load eating regiment experienced significantly higher rates of fat loss during the 1st 12-week period and sustained their improved body composition over an additional 3 month period.

Now let’s compare the glycemic stats on our three foods:

These facts may be unsettling to your nutritional worldview but don’t fret, there is a 1957 “CD” that addresses your condition. It is called Cognitive Dissonance.  It occurs when you simultaneously hold two conflicting beliefs or attitudes, like enjoying ice cream but believing that it is making you fat or obese.  If that is your situation and you can’t bring yourself to answer the call of the ice cream, may I suggest you to have a  frozen yogurt instead, they are indulgent and make a great substitute!

If, however, you want to be brave and experiment then try my approach which has come to be known in executive war rooms as “sweets before you eat.”  Simply build your meal around your dessert by eating the ice cream immediately before your main meal.  Immediately does not mean 15 minutes or 5 minutes, it means that your last spoonful of ice cream is chased by the first bite of your lunch or dinner.  This will further lessen the impact on your blood sugar.  So, for all my fellow ice cream lovers, remember, it has less fat, a lower glycemic load and it tastes great!
Can you guess the author’s favorite dairy dessert? Feel free to post your guesses; share if you know others who treat or would like to treat themselves to a like dairy delight. 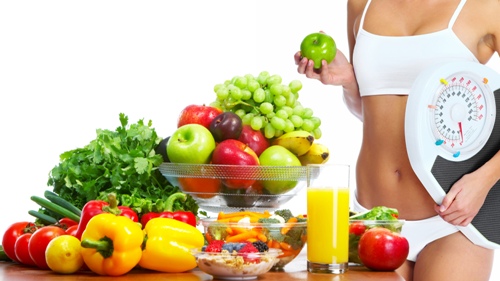