Eating for two? No…in fact you don’t need to. Contrary to what some people believe it isn’t necessary to pack in more calories whilst you are pregnant.

Maybe in the last three months an extra 200 kcals a day can be taken in, which is equal to around 90g of wholemeal bread, a small avocado, or a 140g of cooked pasta.

During pregnancy it is more important to have a nutrient dense diet than to increase the calorie content. Most people have heard that folate is important in pregnancy and know that it is important to increase intake during the first 12 weeks particularly, but what other vitamins and minerals should we be paying attention to?

Starting with the folate (or folic acid) – this is important as it is involved in the synthesis of nucleic acids of both DNA and RNA. It is also involved in protein synthesis and works alongside B12 within the body. As folate is so vitally important for cell development this is why it is recommended that women wishing to conceive, and those who are pregnant, should supplement with it.

400-600mcg a day for the first 12 weeks of pregnancy is often recommended. Folate can be found naturally in green leafy vegetables, Brussels sprouts, fruits, nuts, peas, beans and grains.

Calcium is important for strong bones and teeth as we all know, but it is also important for healthy blood vessels. Although dairy produce is branded as the ‘go to’ for calcium, there are so many more ways that you can obtain your calcium.

Dairy is one of the food groups that often causes problems in terms of food intolerances, either through the inability to break down lactose, or an intolerance to one of the proteins found in cow’s milk. Green leafy vegetables such as kale contain calcium also, and have the added bonus of vitamin K, B vitamins, iron, protein and omega-3.

Other calcium-containing foods are: legumes, fruit, seaweed, blacked eyed beans, and fortified cereals and milks such as soya and almond.

During pregnancy the volume of blood in a woman’s body increases and thus the amount of iron needed to make more of the important haemoglobin also increases. As well as meat and fish, iron can be found in seeds, nuts (cashew, pine, almonds), lentils, whole grains, spinach, chickpeas, beans and soya beans. It can also be found in fortified foods such as cereals.

This mineral is involved in repair and production of DNA which is why it is so important during the early stages of pregnancy. Zinc can be obtained from nuts, whole grains, legumes, sunflower seeds and fortified cereals.

Keeping fibre up during pregnancy can help to relieve any constipation and lower blood pressure. Due to the increase in blood volume during pregnancy the blood pressure can increase. Fibre-containing foods include fruit, vegetables, whole grains, quinoa and beans. Make sure that you are using wholemeal or seeded breads as opposed to white ones, and swapping white pasta for wholemeal will also help.

This can help with the absorption of iron within the diet. Vitamin C is particularly important in pregnancy as it is involved in the production of collagen. Collagen is needed for the structure of bones, skin, tissue and hair. Vitamin C is found in: peppers, pineapple, broccoli, Brussels sprouts and citrus fruits.

This essential fatty acid is vitally important in the development of the brain. Although fish is a good source of omega-3 there may be an increased risk of mercury intake. Possibly safer forms of omega-3 are found in flax seed and walnuts (which should be kept in the fridge). Omega-3 supplements during pregnancy may also be a safer way to ensure that you are obtaining a sufficient supply.

Needed to form bone and also helps to relieve muscle cramps, which may be a problem in pregnancy. Found in green leafy vegetables, beans, lentils, brown rice, avocados and bananas.

Important – is involved in bone development and is linked to miscarriages when low. The population in general is often low in vitamin D. It is a vitamin that is best made through being in the sunshine for around 20 minutes a day, however, most of us don’t get the time – or sun – to be able to do this.

Vitamin D can also be found in oily fish and fortified foods. It may be a good idea to supplement with this vitamin during pregnancy if you are not exposed to much sunlight.

Try to eat the rainbow

In other words, lots of different colours of fruits and vegetables. Each one offers us a different benefit. Try, where possible, to eat organic food whilst pregnant as this will contain the best nutrients and without herbicides or pesticides. If you are unable to do this, then washing your fruit and vegetables in a white vinegar solution can remove herbicides and pesticides.

Five to seven portions of fruit and vegetables a day – with the majority coming from vegetables. Remember, fruit is sugar and although a natural sugar, too much of it can spike your blood sugar levels. This includes fruit drinks such as orange juice. Avoid too much caffeine, which includes any from energy drinks.

Here’s, other foods to avoid while pregnant other than nutritional pregnancy diet food

Your baby will take all it needs from you, so as long as you are eating regularly, and healthily, you should both be covered.

Vary your foods and see a nutritional therapist to get your diet checked out if you feel that you may be lacking in any nutrients. 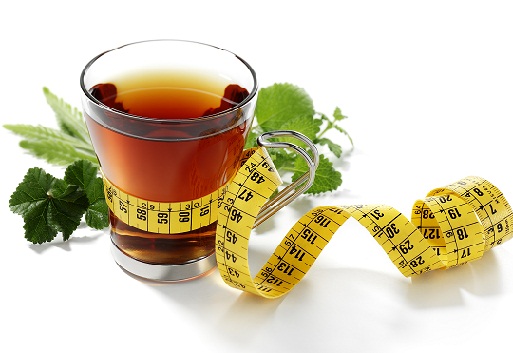