Why Soy is NOT a Good Option!

Many who take part in the health industry, or enjoy living a healthy lifestyle  also indulge in an array of regular  ‘performance and health foods’. However they often end up succumbing to: fatigue, weight gain, a bit of extra roundness around the middle they can’t seem to finally rid themselves of, and then there’s the craving for sweets!

Most of these folks rely heavily on the consumption of soy and soy based products.

Why would you choose soy products?

Many rightfully avoid cow’s milk because of the truth they’ve come to learn about the dairy industry, or they have a dairy intolerance and use soy as a viable substitute.

Those who wish not to eat factory farmed animals or who choose to adopt a vegan lifestyle, also base their diets largely on soy or whey with soy isolates as their chief source of protein.

The caveat not disclosed by those producing, marketing and selling soy products is that, while it continues to harm others, these people are the only ones better off.

The sheer volume of scientific data and empirical evidence on the dangers of soy is enough to fill numerous encyclopedias. However, just like the sugar industry has been going along for more than 10 decades, the soy industry is using all of its marketing powers to get you to believe there’s just no harm in it.

Or, and I shudder to say it, that it’s actually GOOD for you!

If you are genuinely interested in this subject, I encourage you to explore the resources at the end of this article.

For now we’ll cover several common beliefs and their actual truths about soy.

Belief: Soy is a food for humans.

Truth: Soy tries to protect itself from consumption!

To best understand, we’ll need to explore soy from a view point of biological history here. The desire to live is as inherent in plants as it is in us.

It has been scientifically proven that plants actually produce many chemical agents as protective mechanisms for survival.

An excellent example is how some plants actually produce caffeine because it is a short-term memory disruptor, thus trying to ensure that any animal consuming the plant will be rendered unable to locate the plant again!

The evolution of our bodies

While there is a large variety of defensive chemicals designed for just such a purpose in plants, over a very long period of evolution, human and animal systems alike have learned how to metabolize or effectively neutralize these chemicals in plant foods that their bodies find suitable.

The specific chemicals and plants our systems have figured out how to process for our own survival needs has been dictated by environmental exposure.

The human genome is very slow in its adaptation to new chemicals, proteins or toxins, as demonstrated in research on celiac disease.

In a paper titled “Cereal Grains: Humanity’s Double-Edged Sword,” a gentleman named Dr. Cordain comprehensively demonstrates how Near East countries, only 10,000 years ago, were the very first to farm grains.

This quite interestingly correlates to the people of the Near East showing incidence of celiac disease to be absolute lowest.

The agricultural revolution taking hold only 3000 BC in the North West indicates the highest amount of autoimmune diseases (such as celiac disease) in relation to grain exposure.

One of the most common reasons that people consume soy is due to milk intolerance and allergy.

It must be noted here that just as our systems are going through the evolutionary process of adapting to metabolize and digest grains, so too cows have the only systems originally designed with the ability to process cows milk and metabolize its proteins.

In fact, if we look at the majority of native civilizations (with few exceptions such as the African Massai tribe), once a child finished breast feeding from its mother, milk was no longer consumed.

This clearly states that we would not be able to adapt to soy very quickly at all, especially with it being composed of complex proteins foreign to the human system. Find out what other dangers there are in Part 2 & Part 3. 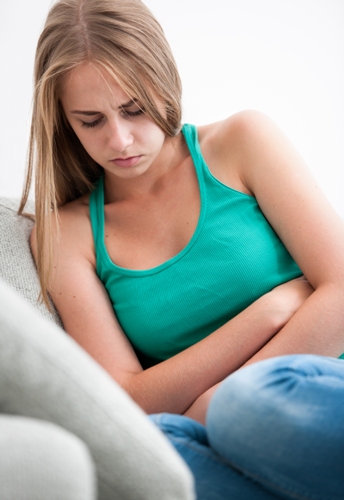