There’s no doubt that the whole question of exercise during pregnancy has shifted dramatically over the past few decades. Rewind to the 1950s and expectant women were being advised to put their feet up and take it easy. Inactivity, rather than activity, was the name of the game. Then gradually the medical world woke up to the benefits of exercise in terms of controlling weight, reducing blood pressure, managing stress levels and generally improving one’s sense of well-being and self-esteem.

With this awaking, the new mantra has been exercise in moderation, at a moderate intensity, choosing moderate forms of physical activity – all very prudent and rightly so in many ways. Thus, over the last decade or so women have indeed been encouraged to exercise, but with a very definite take-it-easy undercurrent that would seem to be a left-over from the 1950s take on pregnancy. Increasingly, however, this cosy state of affairs has been disturbed by the much mediatised exercise choices of certain pregnant women. There was the case in 2012 of Jenny Wright who found herself on the receiving end of shouted insults when spotted running whilst 6 months pregnant. It made the headlines and sparked lively debate, dividing people – mainly women – into two warring camps.

Then last year, Lea-Anne Ellison, a mother-of-two from Los Angeles, caused a huge furore when she posted photos on facebook of her lifting Olympic weights and kettlebells only a couple of weeks before giving birth. The media went wild and the story spread like wildfire with people hurling abuse at her on social media, whilst others defended her actions to the hilt. It was all very entertaining and everyone seemed to have something to say about the affair, regardless of whether or not they had any knowledge in this field. Yet somehow the issue has remained clouded with no clear outcome in terms of whether or not lifting weights is safe and can be recommended in pregnancy. Indeed, if another heavily pregnant super-mum-to-be were to post pictures of a similar ilk tomorrow, we would end up with exactly the same media frenzy, the same divided views, and the same unsatisfactory outcome.

So what exactly are, or should be, the rules of engagement when it comes to using weights in pregnancy?

Before answering that question, I think it’s only fair for me to start off by giving you a little bit of background about myself, so that you know what perspective I’m coming from when I tackle this issue. On a personal level I have quite an interest in this whole area, not least because I am a mother of three and a specialist in pregnancy and postnatal fitness, but also because I have a longstanding love of training with weights and did, indeed, complete my last pregnancy weights workout precisely 3 days before giving birth to my third son.

Having got the bit about me out of the way what is my advice when it comes to using weights in pregnancy? Well the first rule of thumb is that women should not launch into a brand new fitness regime that requires excellent technique and a good deal of body awareness, on discovering that they have fallen pregnant. Now is not the time to be testing themselves. So ideally, any woman who wishes to do strength and conditioning work in pregnancy – no bad thing when it comes to pregnancy-proofing the body against aches and pains in the back and pelvic area – would need to start at least 6 months prior to conception, preferably with the help of a trainer, who can ensure that her technique is absolutely watertight. Failing that, women should stick to a more gentle routine using resistance bands and body weight – after all, the body will become progressively heavier throughout pregnancy which means that exercising becomes increasingly onerous, unless conducted in water.

So what about those women who are used to using free weights and are wondering whether or not to carry on in pregnancy?

One should start off by pointing out that, much to my dismay, the vast majority of women never venture into the weights section of a gym and tend to spend inordinate periods of time plodding along on a range of cardio machines – treadmill, static bike, stepper etc… I say much to my dismay, because building muscle mass is so helpful to women on so many fronts, from protecting against osteoporosis to boosting the metabolism. And those women who are intrepid enough to plunge into the male-dominated weights area tend to pluck out very light weights, weights that are so light they are hardly worth worrying about. For those women, who fall into this category, and as long as their technique is excellent and their pregnancy uncomplicated, there is absolutely no reason why they cannot train with these light dumbbells throughout pregnancy. Indeed, carrying on with a combination of body weight resistance work, light weights and pregnancy-adapted core stability work will help protect them against many of the aches and niggles associated with later pregnancy.

So up until now, it is all pretty uncontroversial. The burning question is, of course, what about that small percentage of women, who have been highly active prior to pregnancy, who love pushing themselves to the limit, those of us  – yes, I put myself in this category – with an incorrigibly competitive spirit? Lea-Anne Ellison, the controversial weight-lifting mum-to-be, takes part in CrossFit, a form of training which is a competitive-lover-of-weight’s dream. Every workout – and the workouts mostly involve the use of Olympic weights – is a competition, against yourself, against everyone else in the room and ultimately against the entire CrossFit community.

When I look at the photographs of Lea-Anne Ellison, what I see is someone with enormous physical strength and perfect technique. An athlete. Am I worried about her lifting such heavy weights? I would most certainly be worried if she were lifting them in a bid to outdo others or improve on her PB, rather than simply maintain her pregnancy fitness levels. Having said that, even with fantastic technique and phenomenal pre-pregnancy fitness levels there is no doubt in my mind that lifting such incredibly heavy weights will be placing undue pressure on her pelvic floor and that this could well lead to significant problems in the future. Given that we cannot see the pelvic floor, most of us remain blissfully unaware of its presence and importance until the day it gives up on us and… we find ourselves incontinent. Not nice. So if the price to pay for avoiding incontinence is to work with moderately lighter weights – and in my opinion it is – then I wouldn’t hesitate in suggesting that it’s worth it.

what would my answer be to a woman? Don’t start a weight training programme just because you’ve discovered that you are expecting; most definitely consider putting in place a sensible preconceptual weights regime; do carry on if you were training with light weights prior to pregnancy, just so long as your technique is good. Why not Check out the Fit Pregnancy Series on Watchfit right here!

Finally, if you are hideously competitive, of the CrossFit ilk (like me!) then remove the competitive element from your training, force yourself to listen to your body and gradually moderate your weights as pregnancy progresses. One final thought for everyone: do your pelvic floor exercises today, every day, and for ever after! 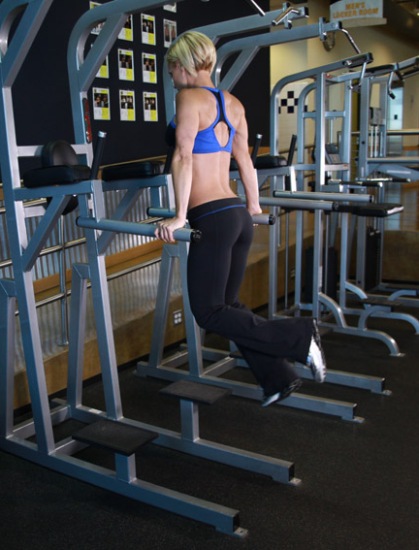