Do you know that the Japanese have the highest expectancy in the world? The average age of a Japanese man is 78 years while that of a woman is 85 years. Even with a high level of stress, drinking, smoking, and pollution, the Japanese outlive rest of the world. The main magic behind this is the diet they follow. A traditional Japanese diet comprises of fresh, lightly cooked, flavour some food. The emphasis in Japanese food is about retaining the natural taste and flavour of the ingredient. Each element used in the dish are made to stand out as heroes, instead of using a high dose of spices and condiments. Check out why a Japanese diet is approved as the healthiest one in the world. 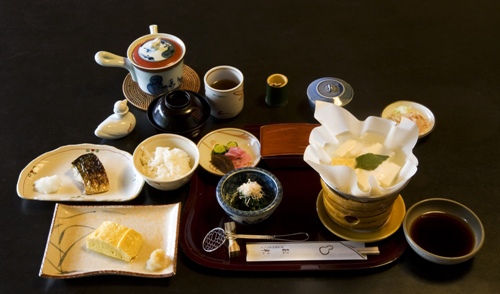 Japanese diet is considered to be the world’s healthiest diet. It is extremely low in fat and high on nutrition. Check out some of the best benefits of a Japanese Diet:

A Japanese diet does not constitute any fried item. You are not going to enjoy chicken fry in Japan. Traditionally, the Japanese consume very little amount of red meat. As heart diseases occur due to excessive accumulation of triglyceride and cholesterol, you will not find any Japanese diet consisting of food that contain saturated fats. They also include higher amount of ginger in their diet, which helps to lower down the cholesterol amount.

2. Japanese diet contains food that can lower down the cancer rate:

In Japan, there is very few number of deaths that have occurred from cancer. Though the reason is not fully known, but researchers believed that consumption of green tea reduces the risk of cancer. Green tea comes from the same plant as that of black tea (camellia sinsensis), but it is the unfermented form. This unfermented form contain high level of antioxidant known as polyphenols that fight the radicals responsible for abnormal cancerous growth of cells.

Japanese have very scanty food resources. This has given rise to preparing a diet that is rich in seaweed. These seaweeds are rich source of minerals like iodine, protein vitamin C, A, B12, and micro elements.

Japanese eat fish on a daily basis. Fish are rich sources of omega 3 fatty acid. These are essential for healthy growth and development of your body. They benefit in several ways, like prevention of serious diseases (cancer, arthritis, heart disease), brain functioning, and such others.

White rice, the main staple food of Japanese is high in nutritional value. Though rice is very high in calories, Japanese do not put on weight because of the presence of a low-calorie side dish, okazu.

6. Soy as an integral part of Japanese diet:

In most traditional Japanese mean, you will find abundant usage of soy. It is included as tofu, shoyu (soy sauce), edamame (green soybeans), miso (bean paste), and natto (fermented soybeans). As soy is highly rich in protein and contain lower percentage of fat, it is very healthy. Soy is also believed to be able to lower down blood pressure and cholesterol. 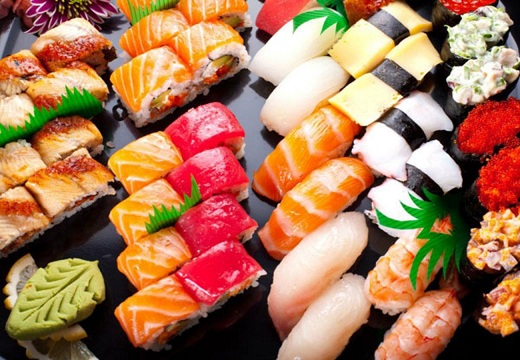 Japanese food diet plan is gaining popularity for its health benefits, especially for weight loss. The fundamental rule behind Japanese diet is to give importance to quality than quantity. By taking small portions of multiple elements, one can enjoy the flavours of each ingredient and also reach a point of satisfaction.

A typical plan comprises of the following Japanese Diet recipes:

While Japanese diet is extremely healthy, there are certain things to know before following the meal plan. Japanese food might not be suitable for all, especially during the initial phases of the diet. Check out some of the must-knows of Japanese diet:

Japanese diet is about holistic eating. It involves all your senses to enjoy the food. Japanese food is not just a treat to the mouth, but also a pleasure to the eyes. The presentation time is more than the actual cooking time of the food. This is to give a visual delight of varied colors and textures. Also, the basic thumb rule of eating slowly can significantly reduce overeating and aids in natural weight loss. Japanese food is all about respecting the true flavours of nature and keeping food as fresh as possible