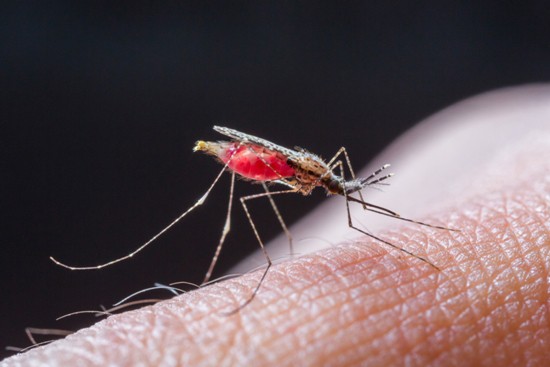 Malaria is caused by neither a bacteria nor a virus. It is caused by Plasmodium, a protozoan parasite that causes malaria. Find out more about the symptoms and causes and also to learn about antimalarial medication along with preventive malaria treatment.

The five species of plasmodium are the following,

The incubation period is 12-18 days for P. vivax. It is the deadliest of the 5 human malaria parasites. This malaria infection can end in severe disease and death, which is often due to splenomegaly.

In this, the Plasmodium parasite transfers through the bite of the female mosquito, Anopheles, and causes the most dangerous form called falciparum malaria. It replicates very quickly in the blood. It causes the shape to change, and makes them “sticky”.After a person gets malaria from the bite of an infected mosquito, the mosquito injects an immature form of Plasmodium parasites into the body of the host, travels through the person’s bloodstream to the liver and then grows into mature form; this type of malaria is responsible for almost 50% of the malaria cases. The incubation period generally ranges from 9-14 days for Plasmodium falciparum. This is more virulent, and this severe malaria affects mostly children and pregnant women. The pathologies are cerebral malaria, severe anemia, and acute respiratory distress.

P.Malariae causes the so-called “benign malaria” and is not nearly as dangerous as the other ones. It includes signs like a fever that tends to recur at three-day intervals. It can infect several species of mosquito, and it can cause malaria in humans. Plasmodium malariae causes chronic infection and, in some cases, can end up lasting a lifetime. Another feature to note of Plasmodium malariae is that the fever manifestations of this parasite are more moderate and chills and nausea accompany fever.

Plasmodium knowlesi, a parasite that causes malaria in humans. Infected humans develop severe malaria that is similar to the one caused by Plasmodium falciparum can. It can be both severe and uncomplicated malaria in humans. After the infected mosquito has bitten a person, the symptoms typically begin around 11 days. The parasites are seen in the blood after infection between 10 – 12 days. People with uncomplicated P. knowlesi malaria often experience headaches, joint pain, malaise, and loss of appetite. Unlike other human malarias, Plasmodium knowlesi malaria tends to have fevers that spike every 24 hours and is therefore is often called daily malaria. As the disease progresses, hyperparasitemia develops and likely causes acute kidney injury, jaundice, shock, and respiratory distress.

Plasmodium ovale is a parasitic protozoa that causes tertian malaria in humans. It is rare compared to the two parasites – Plasmodium falciparum and Plasmodium vivax and is also less dangerous than Plasmodium falciparum. The symptoms generally appear 12 to 20 days after the parasite has entered the blood. The replication cycle of the parasite lasts approximately 49 hours, causing tertian fever, which spikes roughly every 49 hours. In some cases, the relapse may occur up to 4 years after infection.

Treatment of symptoms of malaria in infants less than 12 months of age and newborns are very challenging and require utmost care, as they are one of the most vulnerable groups that are affected by malaria. During pregnancy, malaria infection in a mother can lead to low birth weight and sometimes even result in infant death. Malaria symptoms typically appear 6 to 30 days after infection. Symptoms may take up to 12 months to show. The signs and symptoms of malaria in children below 5 years of age are:

Malaria is a significant health problem during pregnancy. Causes of Malaria in pregnancy is caused by the bite of an infected Anopheles mosquito and the infection in pregnant women is connected with high risks not only to the mother but also to the unborn child. Malaria infection during pregnancy has adverse effects on both mother and fetus, including maternal anemia, premature delivery, fetal loss, intrauterine growth retardation, and delivery of low birth-weight infants, a risk factor for death. (2) Pregnant women have reduced immune response and, therefore, less effectively clear malaria infections. Besides, malaria parasites separate and replicate in the placenta.

Pregnant women are likely to experience severe disease than non-pregnant women. Only Anopheles mosquitoes can transmit malaria. Malaria may also be transferred from a mother to her unborn child before or during delivery as in “congenital” malaria. Anti-malaria medicines can be safely taken during pregnancy, but strictly under doctor’s advice only.  During early pregnancy, the risk of miscarriage is increased, but with anti-malarial medicines, the risk is relatively reduced. Some of the malaria disease symptoms are,

Malaria is a life-threatening disease caused by an infected Anopheles mosquito. The mosquitoes that are infected carry the Plasmodium parasite. When you are bitten by the infected mosquito, the parasite is released into the bloodstream. Some common symptoms of malaria are,

Cerebral malaria, the infection is a neurological complication associated with Plasmodium falciparum malaria. It is a clinical syndrome characterized by coma. When this sequestration of infected erythrocytes occurs in the vessels of the brain, it is believed to be a factor in causing severe disease syndrome known as cerebral malaria. When parasite-filled blood cells block the small blood vessels to your brain, then swelling of the brain or even brain damage may occur. (3) The symptoms of cerebral malaria are seizures and coma.

Anemia due to malaria tends to be multifactorial. The causes include the accelerated destruction of non-parasitized red cells. Malaria is a major contributor to anemia. Bone marrow dysfunction can persist for weeks with shortened red cell survival and increased splenic clearance. The leading cause of the relation between malaria and anemia is that malaria parasites upon entering the blood after infective mosquito bite infect red blood cells. This lowers the number of red blood cells and can cause severe anemia. (4)

Advancements have been made in the last ten years to developing malaria vaccines, yet there is, at present, no licensed malaria vaccine on the market. A WHO-led implementation program was managing the vaccine in three high-malaria countries in Africa in 2020. Antimalarial medication can be taken, but under the advice of a doctor.

Mosquitoes breed in stagnant and still water to lay their eggs. Itis essential that we empty all the buckets, old tires, empty flowerpots, etc.regularly. We must watch out for mosquito larvae. They are all mosquito havens where the Anopheles mosquitoes can breed. Anopheles tends to breed only in clean and fresh water. This is the cause why malaria is common, especially after rains.

Apply insect repellants to the skin, and there are drops available for clothing. Sprays that contain DEET can be used on the skin, and sprays containing permethrin are safe to apply to clothes.

Exercise caution and sleep under a net. Insecticide-treated bed nets can be used, and they offer sufficient protection. These help prevent mosquito bites while sleeping. Mosquito nets offer protection from infected mosquito bites.

There are other options apart from the regular sprays and repellants in the form of insect repellent lotions. They are safer to use, and some are even non-greasy, making it easy to use them.

When To Consult Doctor

Given the fact that malarial symptoms can quickly become life-threatening, it is essential to seek medical care as soon as possible. Pregnant women and young children and infants have are high risk for severe cases of malaria. Do not hesitate to see a doctor, especially if there is a high fever while travelling to an area with malaria.

Malaria is a febrile illness, and the sooner one seeks treatment is safer and beneficial for both adults and children. Some of the other types of complications that can arise due to malaria are jaundice and liver failure, a sudden drop in blood pressure and pulmonary edema, acute respiratory distress syndrome, etc. Even while travelling to places known for malaria, it is safer to take prophylactic medicine, where even though you do not have the actual disease, yet you are taking steps to protect yourself from it!

Disclaimer: Medicine is a field of ever-changing science. We have taken the utmost care with this article to show you ways to identify the symptoms and precautions that can be taken to protect you and your family. Please do reach out to a doctor and seek advice and begin treatment, as the information provided here is aimed only at creating awareness.

1. Is There Any Relation Between Swollen Lymph Nodes And Malaria?

Malaria swollen lymph nodes are often a sign of the body trying to fight off an infection. The swollen lymph nodes are at times certainly observed in malaria patients. The common symptoms of malaria infections are associated with other symptoms such as fever, chills, nausea, and aches. If your lymph nodes have swollen for no reason or triggering factor, then it is always safer to see a doctor, especially if they feel hard and has been present for two to four weeks.

They do have common side effects like abdominal pain, nausea, vomiting, headache, insomnia, dizziness, etc. It is always advisable to take medications prescribed by your doctor.

3. What Diet Should Be Followed By A Malaria Patient?

The following types of food must be avoided, such as high fibre food and whole-grain cereals. Instead, include pulses, fruits as they add adequate nutrition. Avoid processed, fried, and oily food, as it can aggravate nausea and affect the digestion process. Consumption of two to three glasses of fresh orange juice would be extremely beneficial as vitamin C boosts immunity. Stews, soups, dal water, and coconut water are also extremely helpful.