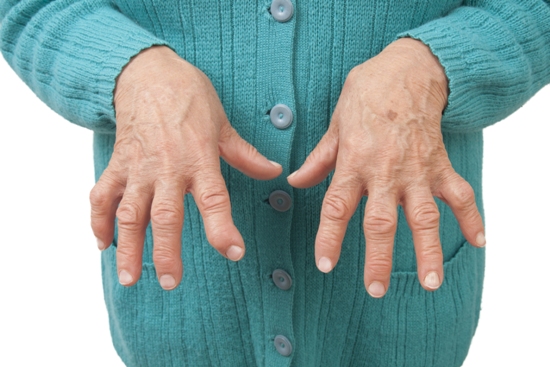 Rheumatoid Arthritis! Isn’t it a common scenario in every household where the poor old men and women always go about crouching and walking in baby step with a wooden stick complaining about their knee joint coming off? How often has your grandparents complained about their knee pain? How often have you seen your grandmother walk down a stairs in an odd disco fashion where she complains she cannot put additional pressure on her knee caps if she wants to walk further in her life? These all are common scenarios in an old age referred to as the arthritis. Before we move on into the article let’s have a quick look at what arthritis is.

The inflammation of a joint so bad that it makes mobility a not plausible thought is what according to the old aged termed as arthritis. Indeed, arthritis involves inflammation of the joints, that is, the meeting point for the two bones. Due to constant friction and use, at an age over the 60s people usually suffer inflammation due to rough wear and tear all these years.

However recent cases have also seen young children suffering the same fate. On further investigation it was found that in both cases cartilage was missing. Cartilage is a connective tissue holding the joints together which slowly wear away causing the present condition. But in this article we talk about the rheumatoid arthritis which is a part and type of the common arthritis.

Rheumatoid arthritis or commonly known as RA is also essentially an inflammation disease but this has a twist to it. Our body’s immune system is the soldier to our territory which fights with the body’s foreign bodies and anti bodies that can or will harm the body. This way the shield to our protection, the immune system helps us keep fit and up in our toes. But in case of rheumatoid arthritis, the very own immune system in out body for some unknown reason attacks the joints in the body causing it to be an autoimmune condition.

The synovium, the thin membrane and outer lining to the joints gets affected first and then slowly as the attacks continue fluid is retained inside the joint causing the swelling and inflammation which results in pain. This is a chronic disease, that is, it takes its time to build up but once it does, it is a never ending process that can hardly be cured. With time the joint wears away losing its perfect shape. This wearing away of joint bones, the bones become immovable and not fir for mobility anymore. Unlike simple arthritis only mostly affecting the limbs, rheumatoid arthritis is evenly spread across the body with often sudden pains.

Here in this article will explain about what are the main causes and symptoms of Rheumatoid Arthritis.

See More: What Is Obesity And What Causes It

Some of the reasons or causes for rheumatoid arthritis arrival can be:

The genetics has always played a greater role in passing on genes good or bad to the next generation and they do the same. At times there is often the lucky sentence that says genes skip a generation and at other times you might see a long family line of the same diseases that keep on occurring. If you are a rheumatoid suspect, take a look back at your family history and see who all has been suffering before you.

The full form to it is the human leukocyte antigen which is a form of genetic transmission that includes this gene to produce certain proteins. However this is passed on by heredity and not everyone has it in them. For the ones who do, they are at a greater risk in suffering the rheumatoid arthritis. The HLA system creates these HLA proteins inside the joint membranes. These then excite the T cells of the WBCs, or white blood cells causing them to attack. White blood cells are known for their ritual to fight against harmful bodies and working with the immune system to eradicate foreign bodies. Here they mistake those proteins for foreign bodies and attacks the joints.

Rheumatoid arthritis is a gender biased disease as the doctor’s reveal that most of the cases pulled in include women mostly. There are often few exceptions when the male sides do get affected but that is a rare case.

It has also been noticed that age and pregnancy are the tow trigger words that causes the arthritis form to expand. The old age and the pregnancy period is a strong time to attract this condition.

When the genes are not playing their part, then one of the prime causes of rheumatoid arthritis can be some kind of bacteria which entered your body and is causing the infection. This is one of the most possible reasons why people might be experiencing the signs and symptoms of rheumatoid arthritis. According to doctors, people who are infected with such virus and bacteria’s can see the signs and symptoms of this medical condition in them at a very young age also. It is not necessary, that this type of arthritis generally occurs to elderly people. It can also happen to women and men aging between 25-35.

There are cases when people start experiencing the pain causes due to rheumatoid arthritis even before they are suffering from it. This can be claimed as early symptom. It happens to both men and women (age is not a variable factor). Generally, people are not eager about it and tend it ignore. The soul intention of this paragraph is to remind those people that such symptoms and signs should never be ignored. They can be really harmful for you and can lead to the hospital, if it is too late. These can be said as signs by which your body is trying to tell you that something bad is coming and you should take proper measures for it and prepare yourself for it.

A person will face some severe rheumatoid arthritis issues, if he or she has organs. During rheumatoid arthritis the organs get affected heavily and this is one of the causes behind the rapid spread of this medical condition. At the same time, if a person is already suffering from some other kind of body aches and limb problems, then that person has a high chance of facing the worst symptoms of rheumatoid arthritis.

The common signs and symptoms to rheumatoid arthritis are:

The first symptom to rheumatoid arthritis is the swelling of joint which is visible from the outside. One can differentiate between the inflamed and non inflamed one. The joint becomes puffy and raised with redness and swelling.

It is inevitable to say that the swelling’s next step will be a whole lot of pain. With the repeated attacks oncoming, the pain gets worse and so does the swelling. The area becomes red hot with a warm temperature persisting around the area.

When there is too much swelling and pain, moving about becomes difficult. The joint then starts to get stiff which makes folding or amending it all the more difficult. This accompanied by strong pain and swelling worsens the case.

Whenever our body goes through a tough time, the fatigue or tiredness sets in which makes us exhausted very easily. These results in us sleeping away the day and waking up to feel more tired. The medications, pain reliefs suggested by the doctor’s also has a side effect that enhances sleep and thus tiredness prevails. This during pregnancy is why women sleep a lot. The same goes for the aged people who get tired easily.

6. Loss Of Joint Range Of Motion:

The pain in the joints will increase during rheumatoid arthritis and this will also be a huge issue for people who are aged and have some existing joint problems. This symptom is actually pretty common and people suffer from it quite often. There is no way one can avoid it as it happens mostly. The joints will feel senseless and there will be some serious hindrance with the motion in those joints. One should not ignore this problem or it can take a harmful turn and make one’s condition even worse. These days, the joint related motion issues are most seen and it is common in both men and women (irrespective of their age).

Ever experienced this symptom due to any reason? Well it can be said to be one of the prime problems when it comes to rheumatoid arthritis. Limping basically means the bad or poor functioning of the nerves that are associated with the affected joints. This particular symptom can be followed by joint deformities as well. There will be a decline in the range of motion as well and the victim will be facing and suffering from this symptom for quite some time.

This is one of the most popular symptoms of rheumatoid arthritis (chronic rheumatoid arthritis). There will be some serious inflammation problems and a person will be facing some serious physical problems due to this particular symptom. One cannot just avoid this symptoms as it is one of the most common ones and happens to both men and women (irrespective of their age). It will result in ligament loosening. According to doctors, it will be good only if a person with the symptoms of chronic rheumatoid arthritis is diagnosed and cured at the primary stage as it this is allowed to spread it can have some harmful outcomes.

a person will experience that the temperature in the joint is rising and this is one of the prime symptoms of rheumatoid arthritis. It can make one extremely sick from the core of the joints and the pain occurred due to this is generally intolerable.