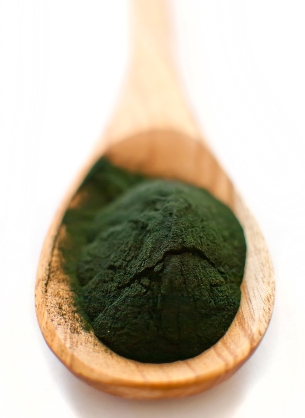 Spirulina is a natural algae (cyanobacteria) that is very high in protein and nutrients,vitamins and antioxidants.It is obtained primarily from two species of cyanobacteria: Arthrospira platensis and Arthrospira maxima. Normally plants usually grow in the soil, Spirulina grows in the form of blue-green algae in both fresh water and salt water in the wild ,also farmers commercially cultivate in Spirulina farms.

This plant is consumed as food as well as a dietary supplement. It’s also available in tablet, powder and flake form. Spirulina is largely composed of proteins and amino acids and hence, is beneficial for vegetarians’ body builders. The high content of protein and iron makes it beneficial during pregnancy, after surgery, and for boosting the immune system. It has been used for centuries as a nutritional supplement, added to food to provide an additional source of protein and nutrients, and spirulina has many health benefits

Spirulina has taken the world by storm as one of the super foods and maybe the world’s most nutritious food. The algae is naturally available in many countries including Mexico, Africa and Hawaii. Let’s take a look at many spirulina benefits and uses for health and skin.

Spirulina comprises of at least 60% protein of which almost 90% is digestible. A 112 gram serving provides approximately 64 grams of protein. Protein makes up 15% of the body’s weight and is a vital nutrient for healthy growth.Protein plays a vital role in the health of the human body. We all need it. Just half a cup of Spirulina gives 32 grams of protein! Spirulina contains all of the 21 amino acids that the human body needs to maintain optimum health, making it a complete protein source. Spirulina is a good herb too. Some studies show that 2 tablespoons of spirulina in daily meal may meet the needs of your daily protein requirement although it would be wise not to stop eating other sources of protein.

Essential fatty acids are good fats for body. Since these fats are not produced within the body, they have to be provided from the food sources that contain them. Their main function is control the body functions like heart rate, blood pressure, fertility and immune system function. And the good news is that spirulina contains 4% to 7% essential fatty acids such as gamma-linolenic acid (GLA), alpha-linolenic acid (ALA), linolenic acid (LA), stearidonic acid (SDA), eicosapentaenoic acid (EPA), docosahexaenoic acid (DHA) and arachidonic acid (AA) Usually the body itself has to create GLA as it is not present in food, however spirulina is one of the foods which contains GLA. It is also naturally high in Omega 3 fatty acids which means it has amazing anti-flammatory properties which is even more beneficial when the food is taken with cod liver oil.

Spirulina is the richest natural source of carotenoids which is also found in many colorful root veggies like carrots and sweet potatoes, in dark leafy, as well as in many brightly-colored fruits like tomatoes, apricots, and cantaloupe. Spirulina also provides vitamin E, B complex vitamins, and several beneficial minerals including zinc, copper, iron, and selenium. When we break it down we can note that spirulina has about 1,7 grams of fat and contains a little bit of every nutrient our body needs including generous amounts of manganese, potassium and magnesium.

4. Give Power To Your Brain:

As we know that Folate and vitamin B-12 play an important role in the healthy functioning of the brain and nervous system. Spirulina being rich in these nutrients, helps in protecting cognitive function as one goes up to its age. This nutritional supplement helps maintain brain function. Frequent intake of Spirulina can help to keep your brain functioning properly. It is thought that spirulina may play a part in preventing Alzeimers and Parkinson’s disease. There is still some debate around B12 as it is thought spirulina contains pseudo vitamin b12 and thus not effective in human beings.

Spirulina can even help in the treatment of allergies especially allergic rhinitis. Consumption of Spirulina helps in reducing symptoms like nasal discharge, sneezing, congestion and itching. Spirulina is an effective natural histamine blocker. Consuming just 2g of Spirulina per day can effectively control nasal and sinus congestion, runny nose, sneezing, and other symptoms associated with seasonal allergies. which are caused by pollen, wheat dust and pet hair.

Not only can Spirulina help to cure seasonal allergy symptoms, it also assists people with asthma and other breathing disorders. Due to high levels of omega-3 EFAs, magnesium, and B vitamins, Spirulina is good enough to effectively protect the lungs from damage while helping you to breath easier.

Spirulina also helps in stabilizing blood sugar as it contains both Manganese and the amino acid Cystine Studies have even shown that just two grams per day of it can have a positive impact on both the blood-sugar and blood-lipid levels in people with type 2 diabetes. Some studies which were conducted on animals show that the food actually lowered blood sugar levels and performed better than certain diabetes drugs and this may be effective on humans too.

Every herb has the quality of good digestion, Spirulina also aids with digestion and absorption of other nutrients. This makes Raw Spirulina powder the ideal ingredient for many healthy snacks. Spirulina has the benefits of lowering LDL, the bad cholesterol and raising HDL, the good cholesterol thus ensuring a lower risk of heart disease.
Spirulina contains healthy bacteria which is needed by digestive system in order to work properly, this way it aids your system to absorb the nutrient your body needs. Spirulina also relieves constipation thus helping you to pass stools easily and preventing further stress on your digestive system.

Some studies show that spirulina has cancer fighting properties. Evidence suggests that spirulina produces antibodies and proteins which fight infection and helps develop the body’s immune system thus fighting diseases such as cancer. The extracts of spirulina were found to have destroyed cancer cells especially the lesions in oral cancer. It was also effective in reducing cancerous tumours.

With low haemoglobin in our blood, we could suffer from iron deficiency or anaemia. The RDA of Iron in spirulina is 11% and our body needs iron to function properly. Scientific research has shown that the amount of iron contain in spirulina is actually at a naturally higher level than the amount found in beef or green leafy vegetables and has effectively reduced anaemia in sufferers by increasing the haemoglobin in the red blood cells.

Spirulina has a huge amount of chlorophyll and polysaccharides which means it increases the immune system by naturally detoxifying the blood off all the toxins. The phycocyanin in spirulina is an antioxidant. This nutrient is found to increase the body’s white blood cells and thus fight the toxins which enter the body. One test showed that when patients were given a daily dose of 5 gms of spirulina over a 3 month period, the cd4 cells which are used to fight infection stayed stable. One patient decided to continue to take it for another 10 months and his cd4 was shown to have clinically improved.

13. Beneficial For The Eyes:

It is believed spirulina has amazing effects on the eyes. The eyes need Vitamin A to keep them healthy and spirulina is very high in this vitamin. Whilst carrots which contain carotene have always been known to be good for eyesight, spirulina contains xanthophyll which is a substance that prevents cataracts and eyesight degeneration. It is thought to be ten times more effective than carrots.

One study shows that spirulina has been effective in the treatment of arsenic poisoning. It basically binds with the heavy metal within the body thus destroying the poison. In places such as India and Bangladesh, the drinking water is of poor quality and contains high levels of arsenic. Tests conducted on sufferers showed that after a period of 3 months, the patients who were given 250gms of spirulina with zinc daily showed an almost 50% reduction of arsenic in their system. This proved that spirulina contains properties which detox the blood from poisons due to the high levels of chlorophyll it contains.

Spirulina is very high in antioxidant properties which prevents oxidant damage. If these are damaged, our cells and DNA can also be affected thus leading to inflammation and other deadly diseases.The phycocyanin in spirulina actually fights the free radicals which are basically toxins, from entering our body and causing oxidative damage.

As we can see Spirulina is a super food with almost miraculous properties and effective for our overall health and well being as well as fighting pre-existing ailments. As well as those mentioned, it has plenty more health advantages such as improving malnourishment. With India having a high percentage of malnourished children, spirulina has proved beneficial to those kids who were give a daily dose of spirulina. Not only did their nutrition improve but so did their intellect. It is important to note that spirulina should be free from contamination. Certain bacteria found in algae could cause adverse side effects. So when buying spirulina, it may be wise to buy organic or capsules or the powder form. 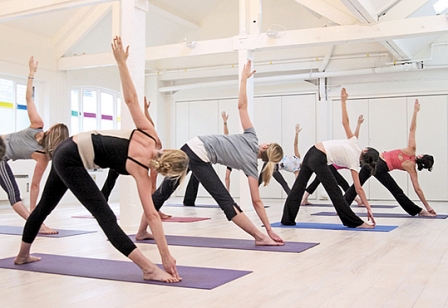 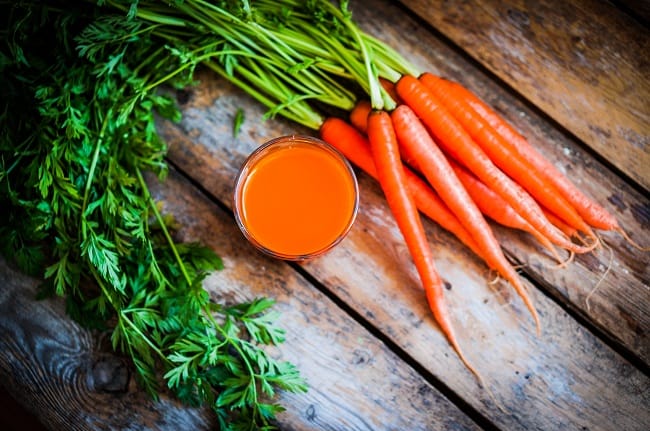 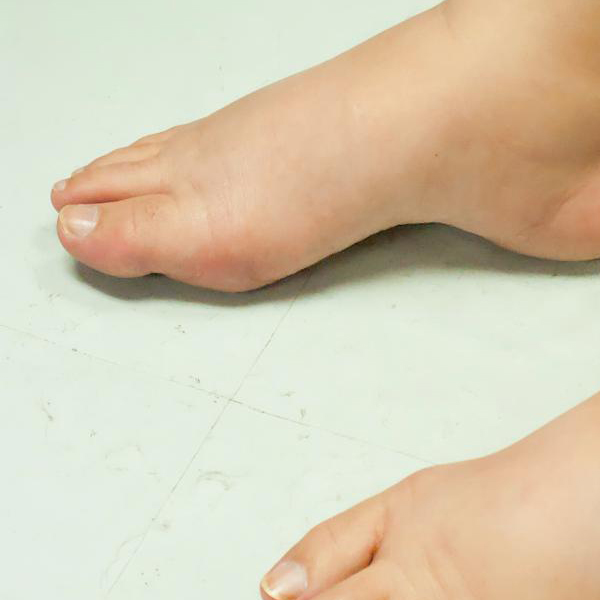 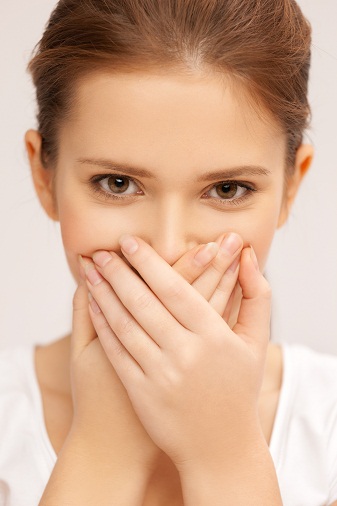 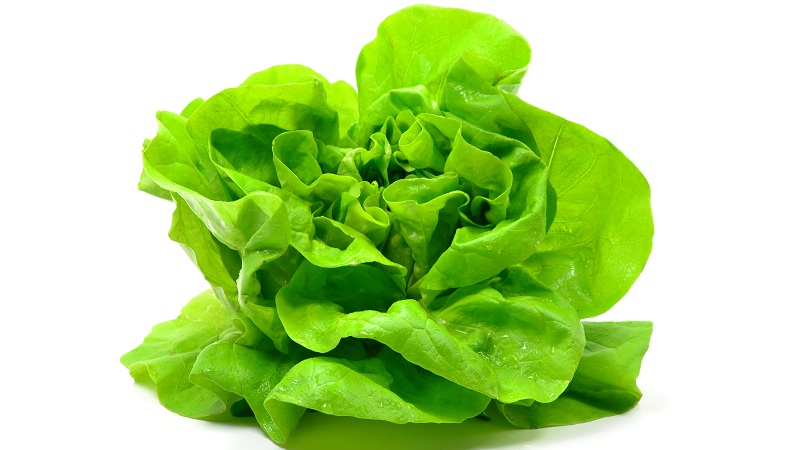