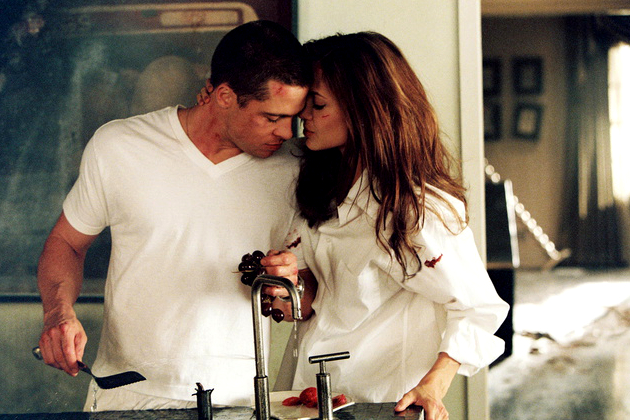 Improving your communication skills can help a lot when you’re trying to solve conflicts in your relationships. Whether you’re arguing with your guy about different things or the same problem, there are plenty of ways you can end a fight instead of letting it spin out of control.

When there’s a conflict, there are always two things that must be dealt with: the actual issue and the feelings of anger. Find out how to end a fight by handling both issues and putting a stop to an escalating conflict before anyone says anything that can’t be unsaid.

Take a Step Back

A short break in a heated discussion can help you cool off and find the energy to approach it in a different way. Step out for 30-60 seconds and remind yourself of all the great stuff in the relationship and how this fight is simply a waste of time that’s making you both miserable for no good reason. Return to the discussion when you can control your tone of voice and be calmer. Your change in demeanor will influence him too and help him cool off.

Putting yourself in your boyfriend’s shoes and seeing things from his side is one of the best answers to the question of how to end a fight. Once you have a bit more perspective, you can help him achieve it too and find a solution or a compromise that will end the conflict.

Most fights starts when both of you have something to be angry about, so you should always accept a little responsibility for letting things escalate. Blaming your guy for everything, even if it’s 100% correct, is the wrong approach when you’re both angry, and it will only extend the conflict instead of ending it. Let down your defenses and he might too.

When you’re trying to work out how to end a fight, you should always stay on topic and look to the future, not the past. Bringing up old conflicts will only make things worse. Instead, try to calm your guy down by explaining what else you could be doing instead of arguing, from cuddling to watching a movie that you’ll both enjoy.

Look for the Humor

Diffusing tension with a joke only works if it’s well constructed. The key to using humor to end a fight is to be extra careful who or what you’re making fun of. If he’s the butt of the joke, he might not find it funny. Self-deprecating humor works best, and make sure that you’re not taking another jab at him. Being passive aggressive in the guise of humor can backfire.

When you’re not getting anywhere and you can’t seem to find a verbal way to end a fight, connect with touch. You’ll be amazing by how easily you can end arguments or even prevent them by getting touchy feely, from hugs to holding hands. The physical contact will remind you both how much you care for each other and why you shouldn’t make each other miserable by fighting.

You won’t get too far is you undo every step forward to the resolution with a “but…”. Separate your ideas into different sentences, and make it clear that you know where he’s coming from without backtracking with a “but…”.

Change the Tone of Your Voice

One of the best ways to end a fight is to just stop raising your voice and speaking to your guy with an affectionate tone of voice. Don’t do baby talk, even as a joke, as that can be a bad idea, particularly in the middle of a big argument. Simply lower your voice and find the right tone to show that you don’t want to fight anymore.

More: Fights Every Couple Has

Don’t Push for a Solution

Going to bed angry is not the worst thing you can do, despite popular wisdom. When you can’t arrive at a resolution to the conflict, taking a break until tomorrow is the wisest thing you can do. You’ll both get to cool off and approach the issue in a more constructive way.

Stay Focused on the Bigger Picture

If you treasure your relationship, you have to think of it as a separate entity. Just like you wouldn’t fight in front of a child, keep in mind that negative interactions end up affecting your relationship. Try to end a fight by reminding yourself and your guy about all the good things that you’re both getting out of it.