Naming traditions are always fascinating across cultures and traditions. But much before this, the task of finding the right name for your daughter can take a toll on you. How about we help you a little here? One of the old language known to man, Tamil has very interesting names, often untouched by modernity and other traditions. The names are pure Tamil based. If you are looking to name your daughter, here are some of the best girl baby names in Tamil. 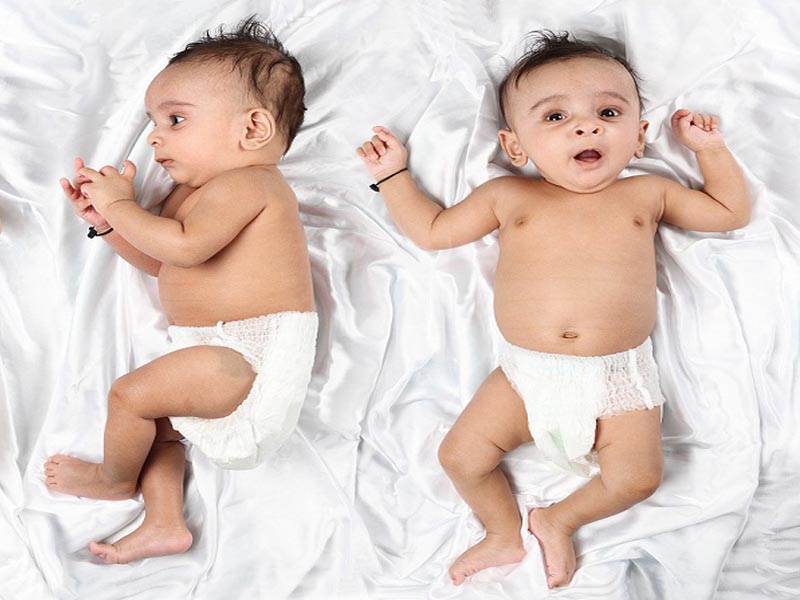 Aadarshini means idealistic. This Tamil girl baby names is a very optimistic name and one that radiates a lot of positivity.

Ahaana means exist. It is a unique name and is a new Tamil baby girl names to think of for your daughter.

Here is another rare unusual name for your daughter. The name means hope.

It is another variation of the name Aadhya. Adya means first or unparalleled.

Akhila is the feminine version of the male name Akhil. The name means complete or total.

Here is a religious name for your daughter. If you are looking to give your daughter a name after Hindu Goddess, this is the one for her.

The name means good wish and is a very traditional Tamil name for girls.

It is a very classy and best Tamil names for girl baby. Ambujam means lotus and is derived from Sanskrit.

Here is a modern Tamil name for your daughter. The name means someone who is not jealous.

Ananya means matchless. The name is also a name used to refer to Goddess Paravti. This is a modern Tamil name.

Akshara is a classic female baby names in Tamil. It means letter or alphabet. The name is famous not just in Tamil Nadu, but all over in South India.

Here is a modern Tamil girl baby names for you to think of. The name means a girl who has lovely hair.

Bhairavi is a very traditional Tamil girl baby names. It is the name of a raaga of the Indian classical music.

Bhavya means grand or splendid. The name is very old Tamil name and is also used to refer to Goddess Parvati.

Bani is another name of Goddess Saraswathi. Saraswathi is the God of knowledge.

Bhanumathi is a traditional Tamil name. This pure Tamil baby girl names is common and apparent all around the state. The name means bright or shining.

The name means ‘beloved of the Sun’.

Bhanu means the Sun. For those parents who respect the Sun as a lord, Bhanu will be the right name.

Cavery is the name of a river that is considered to be holy by a lot of farmers.

The name means drawing or picture. The name also means star or nakshatra.

The name means brightness or ray of light. Deepti is a commonly used name for a lot of little girls in Tamil Nadu.

This name means goddess or deity. The name is a very powerful one for the present generation of girls.

Dyuthi is a very modern Tamil name that is not purely a Tamil name, but a name from Sanskrit. It means light.

Another name from the Sanskrit language, Driti is a name commonly used by a lot of Tamil parents for their daughter. The name means courage.

Deesha means direction. The name is also spelt as Disha.

It means ‘like an angel’. Devika is the mother of Lord Krishna. Devika is a very beautiful Tamil name for your daughter.

Dhanvi is another name for Goddess Lakshmi.

Here is another Tamil name for your daughter. It means heavenly or brilliant.

Elakkiya is a very beautiful pure Tamil baby girl names. For those parents who love literature, this will be a good name for their daughter. It means literature.

The name refers to Goddess Paravti.

This is another Tamil name for your daughter. The name means ‘princess’.

Gita refers to Bhagwat Gita, the book of the Hindus.

Geetika means small song and is a modern Tamil name used by all the language speakers and not just in Tamil.

The name is another name for the river Godavari.

Geetanjali means an offering of the songs.

Hita is a very modern Tamil name that means ‘one who only wishes for the good of others’. The name also means lovable.

Hema or Hemamalini is another classic name from the Tamil language for baby girls. The name means golden.

The name Jayantika is one of the names of Goddess Durga.

Jahnvi means Ganga, referring to the river which is considered holy by Hindus.

Jyothi means light, indicating how she will lead the future by being a guiding light.

Kriti means work of art or one who is the winner.

Kayalvizhi is a beautiful Tamil name that means one who has eyes like that of a fish.

The name is a very old school name that refers to Goddess Durga.

Madhi is a very ancient name in Tamil. It means moon. It also means brilliant.

The name Malarvizhi is composed of two units. Malar means flower and vizhi means visions or eyes. Malarvizhi has been a very popular name since years.

The name means ‘to be bowed to’, indicating pureness.

Oviya means beautiful art. Isn’t this a very thoughtful name to give your daughter who is like a work of art to you?

Priya means one who is loved by all.

The name means wisdom and is a name of Tamil origin.

Prameela was the name of one of King Arjuna’s wife.

Raaghavi refers to Goddess Lakshmi and is a very popular Tamil name for baby girls.

Sangavi is a classic Tamil name that refers to Goddess Paravati.

A very popular name in almost all the languages, Sangeetha means music or song.

Sindhu is a Sanskrit origin name that has been in use in the Tamil speaking state for a long time. The name refers to the banks of the river.

Thamarai is a typical Tamil name that means lotus flower.

Venba is a form of a classic poetry in Tamil.

Veena refers to the musical instrument. This instrument is the one found in the hands of God of knowledge and thus has significance in Tamil culture.

Yaazhini is a Tamil female names which is an old Tamil instrument.

Here are some nicknames for your little one.

Ammulu is a sweet form of addressing the baby girl. It has no meaning but is almost always used as a name of affection.

Chellam is used for both boys and girls. It means darling.

Chittu means little one. It also refers to a cute bird.

Chutki is a nickname used for baby girls. The name is popular from the cartoon Chotta Bheem.

Dora as a nickname became hugely popular for baby girls after the famous cartoon Dora and Bujji.

Kannu means eyes and is used to show how much the baby means to the mother and father.

If you are looking to name your daughter after the name of Gods from different religion, here are our ideas.

Refers to the Goddess Durga herself. The name is a very powerful and fierce one.

Lakshmi is the God who is known to bring wealth and prosperity.

Saraswathi is the name of the God of knowledge.

Sita is the wife of Lord Rama.

Sanvika is another name for Goddess Lakshmi.

Shailaja means daughter of the mountain and is also a reference to goddess Parvati.

Mary refers to the mother of Jesus Christ.

It is a name that you may hear often. Glory is a Christian baby girl name in Tamil.

Aabidah means worshipper and is a Muslim baby girl name.

Aadab means hope and need. This is a popular Muslim baby girl name.

Aisha is the wife of Prophet Mohammed.

Some of the best names and picks have been listed in our Tamil girls name list. Their meanings are also provided to make your selection of name a bit more easier. Your task of finding a name and that being seen as a challenging task will end with our article. Thank us later!