Opening to the uterus is called cervix which is situated at the top of the vagina and it has different position based on the situation i.e. whether you are pregnant, ovulation or having your periods. Hence, checking the position of the cervix can help you know whether you are pregnant or not. Pregnancy brings in a lot to the female body; one of these is the change in cervix. These changes can be easily tested by any individual, but you need to take proper care of hygiene to prevent infections. Also, the reliability of this physical test is quite low.

There are many physiological changes in a woman’s body when she is pregnant, as well as hormonal changes. One of these major changes includes change in cervix during pregnancy. One should know the touch and the texture of the cervix while you are not pregnant to distinguish it when you become pregnant, just in case to check for pregnancy. So here are the changes that take place in cervix mucus during your pregnancy to help you out to find if you are pregnant or not. Yes, just testing the cervix can give you a fair idea of whether you are pregnant or not. So, why not test and clear all doubts and confusions before you begin to panic or celebrate in delight! 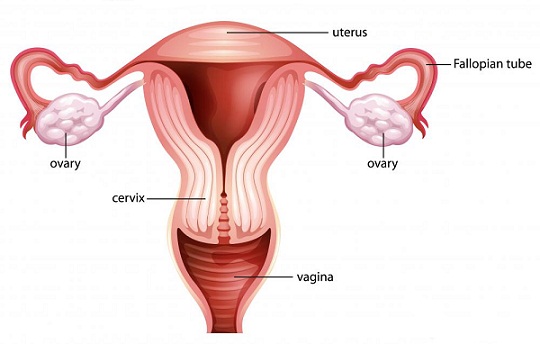 In order to check the cervix position, you need to follow the steps given here below:

Reliability of the test- How much you can Depend On it:

For many of the women, the position cervix is important determining factor to know the part of cycle she is undergoing.

During ovulation, the cervix will become soft and in positioned higher during this time. It may feel wet and open. After the ovulation is done, the cervix closes, gets lowered again in the body and then feels firm and dry. It is an alternate way to determine whether a woman is ovulating or not.

The cervical position can determine whether you have conceived or not. This is not 100% true as errors always exist because the body of every woman is different and the changes taking place also vary from women to women. The cervix position in early pregnancy can change but not necessarily at the same time in every woman. Some may experience these changes right when they conceive but other may not see it for long time. The common or general change in the cervix position in early pregnancy is just the rising of cervix and becoming softer compared to when you are not pregnant. Hence, the cervix position early pregnancy is not a reliable indicator that you are pregnant and thus, it should not be used as an only means to determine whether you are pregnant or not. One of the causes of failure of rise in cervix during early pregnancy might be because the body is taking longer to adjust to being pregnant. During pregnancy, the cervix is filled with secretions and with the help of these secretions mucus plus i.e. a protective barrier is formed. It is generally in closed position until the third trimester.

Since the amount of blood to the pelvic region and cervix increases because of the rising level of estrogen as your body, the cervix becomes swollen and becomes additionally soft.

Quality of Cervix Mucus During Pregnancy:

The quality of mucus changes during pregnancy and these changes vary woman to woman. It may not resemble white if you are not pregnant; instead it will be thick, clear and vicious. The vagina won’t be as slippery as it was before pregnancy and the mucus will also turn into mucus plug.  The variation among the women in mucus can be clearly observed as in some it will be thick and sticky as it is during the menstruation whereas in others it might be watery and lighter. These are further more changes which include the vaginal discharge over the course of pregnancy.

Thus, these are the changes that are observed in a woman’s cervix and cervical mucus while she is pregnant. The correct knowledge of cervix and its position and its texture is a good thing to help you better manage your pregnancy and take good care of yourself while you have conceived.