Pregnancy means nausea and vomiting. But have you experienced a burning sensation in your stomach during these times? If yes is the answer to your question then you might want to visit your physician as you might be suffering from the Peptic ulcer disease which is common during pregnancy. A stomach ulcer may be scientifically defined as when the mucus lining of your stomach wall erodes. This erosion affects acids of the stomach and damages the stomach walls. Stomach ulcer in pregnancy is very common. 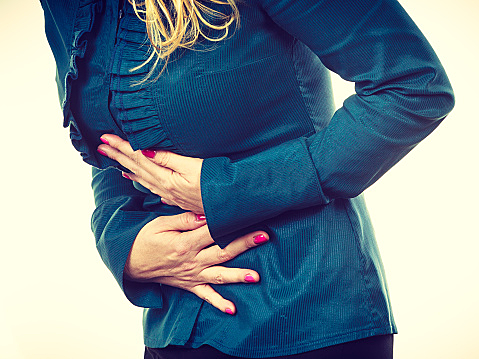 The actual cause of stomach ulcer is yet not known to the scientists. An ulcer however occurs due to imbalance of certain digestive juices in the stomach and duodenum. Also ulcer can occur as a result of certain bacterial infection.

Among the various recognizable symptoms of stomach ulcer some of them may be:

However the question still remains of how to diagnose stomach ulcer while pregnant it can be done by Esophagogastroduodenoscopy. This term is used for the diagnosis of the stomach ulcer.But the cons of this method involves that the detection of the ulcer by this method can be done only when the symptoms stated above are severe.

The most suggested method of treating stomach ulcer is by antacids.Antacids has been proved medically effective of treating ulcers and they are easily available at pharmaceuticals.However these antacid contains bicarbonate which are usually not preferable to be consumed during pregnancy as they are harmful to both mother and foetus and hence these bicarbonates are not usually suggested by the doctors.Hence doctors on a global scale prescribes Antacid containing Magnesium,aluminium or calcium in rather smaller quantities for extra precaution so that the foetus’s health is not interfered with.

There are more than one way to avoid Stomach Ulcer during Pregnancy.Some of the most important ones are:

Having a secured and healthy diet is very important especially since you are now feeding for two.If you have Ulcer while pregnant you should avoid food that aggravates the disorder here are some of the food that you should avoid if you are a victim of stomach ulcer.Try to avoid :-

And any food stuff related to caffeine.

Alcohol can really harm your foetus and hence it is harmful for your growing baby.And especially alcohol is to be avoided when you are suffering from Ulcer Diseases as it will further deteriorate your digestive system

Certain medicines have a reverse effect on pregnant women and rather harms them than helping them.If you have the Peptic Ulcer Disease then you should avoid non-steroidal anti inflammatory drugs or NSAIDS as they have known side effects on pregnant women.

Smoking is harmful for lungs and not to mention your growing foetus .And now that you are confirmed that you are suffering from Peptic Ulcer Disease you should quit smoking as it might lead to some unwanted complications and also might harm your baby.

Hope this article cleared all your doubts about Stomach ulcer pregnancy.Now that you know that you are suffering from Ulcer you should consult your nearest physician immediately for clearing any further doubts that you may have.