Malaysia offers you two different experiences, one from the peninsula and other from Borneo. The country is a blend of Malay, Chinese and Indian culture. Borneo gives us some interesting sides of Malaysia. It has a wild jungle which homes orangutans, peaks and tribes. They also have amazing islands and luxury resorts you can reside it. 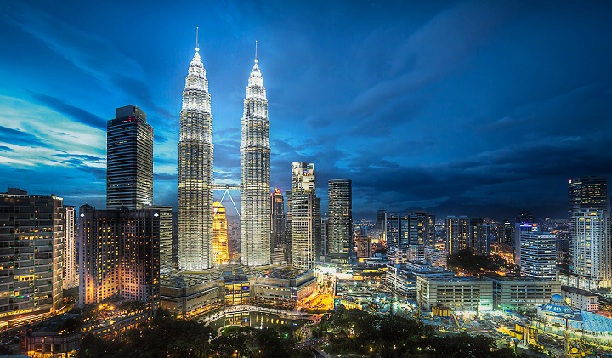 The tourists said that Malaysia have so many tourist place for sightseeing. This article will guide you about 20 wonderful tourist places to visit in Malaysia which can make your tour so exciting. 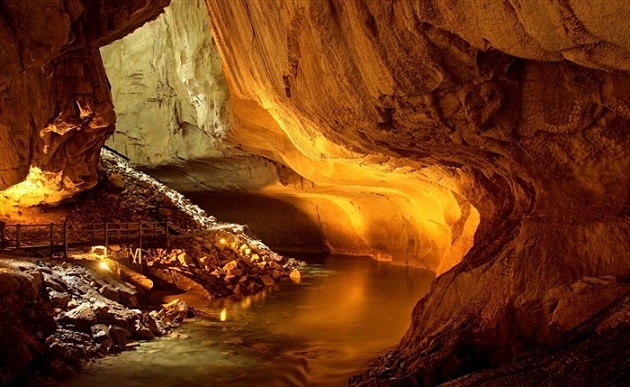 The Gunung Mulu National Park has these incredible caves which were formed in a mountainous equatorial rainforests. There is a cave chamber called the Sarawak chamber and it is excavated to be the largest cave chamber in the world. Mulu cave is one of the most famous and visiting tourist places in Malaysia which can help you to kill your boring time wisely. 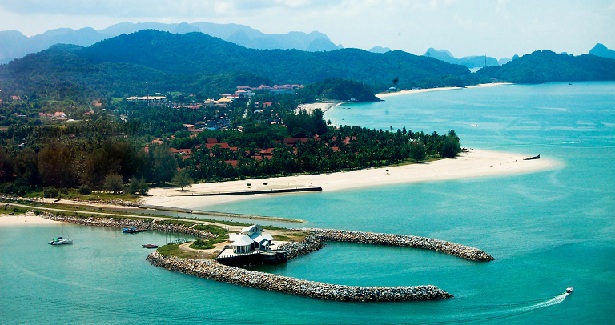 Langkawi is the famous tourist destination in Malaysia. Langkawi is an island in the northwestern side of the country. The island has been well maintained and remains unspoiled. The island is well known for its attractions and you can rent a motor cycle and go around the entire island on it. Other than that you can go shopping at some nearby shopping malls and eat some street food delicacy. 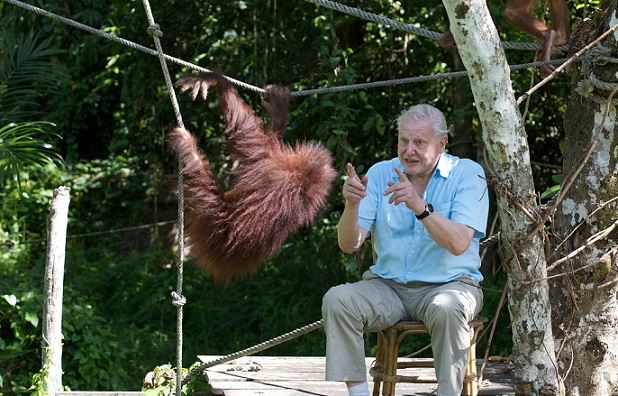 Sepilok Orangutan Rehabilitation had been built in 1964 to rescue orphaned baby orangutans from illegal hunting and plantations. The orangutans are trained for survival and are released once they are ready to face normal life. The sanctuary falls within the Kabili-Sepilok Forest Reserve. About 60 to 80 orangutans can be found at a time. 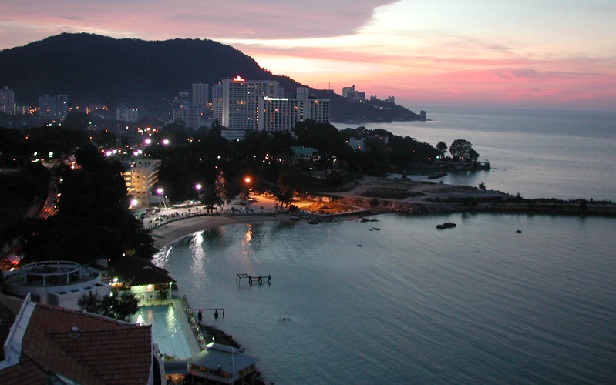 Penang Island is just beside the Langkawi island. It is more renowned for the authentic Chinese touch and the amazing food especially at the hawkers. If you ask the people around about what is so good about the island other than its scenic view, they’d probably reply ‘food’! 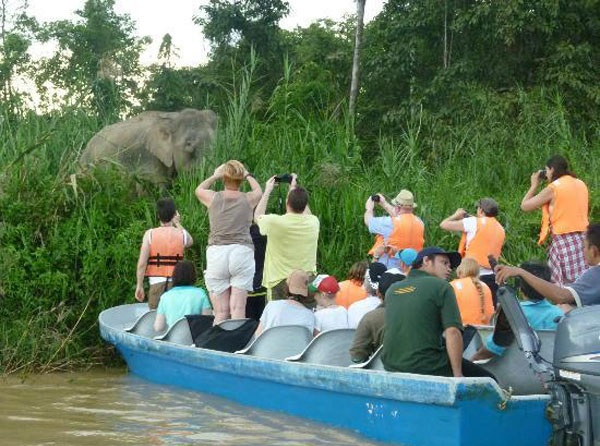 The river Kinabatangan flows through the state of Sabah. There are many different animals that you can trace while you cruise on a small boat. A cruise would help you explore the best of islands of Sabah. This region in the state is probably the best places where you can see numerous animals, birds, insects and plantations which you aren’t likely to find anywhere else in Southeast Asia. 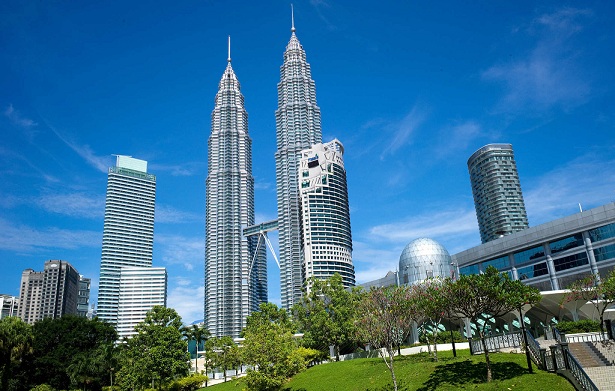 The Petronas Twin Towers in Kuala Lumpur are the tallest twin buildings in the entire globe. They have 88 floors in the tower, and had been constructed largely of reinforced concrete. They have steel and glass facade designs which resemble the art of Islam, and leave an impression of the Muslim religion in Malaysia. There is a junction point in the 41st and 42nd floor, between the twin towers which feature a sky bridge. 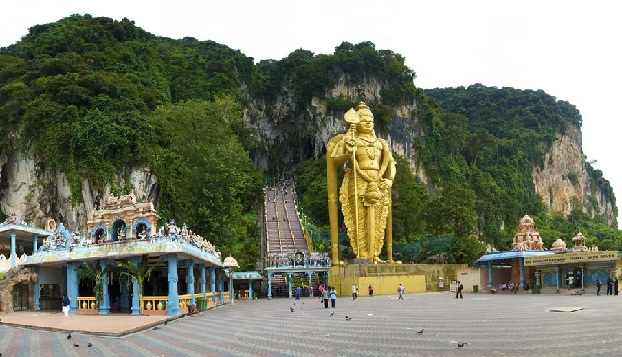 Batu Caves are situated on the hills which are about 15 km from the northern side of Kuala Lumpur. There are three big caves which comprise the Batu Caves. They also include a cave which has a Hindu temple made with amazing carvings. You have to climb 272 steps and that would lead you to the main cave. Just beside the main cave, there is a cave of Ramayana which illustrates the mythological stories of Indian history. 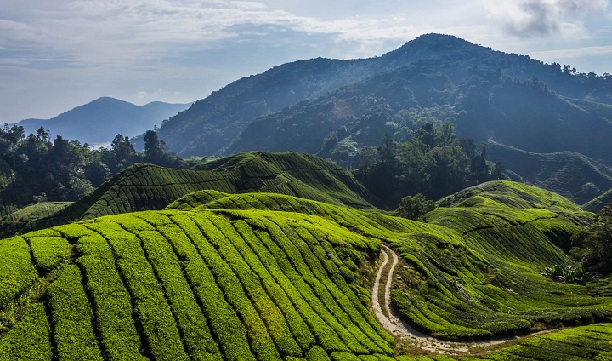 The Cameron Highlands are extensive hill stations around Malaysia. They were initially developed by the British around the 1920s. It inhabits more than 34,000 people who are Malays, Chinese, Indians, etc. The trails are what they are most popular for. The visitors are lead through the forest, waterfalls and amazing landscapes. Apart from the forested areas it is also famous for its tea plantation. 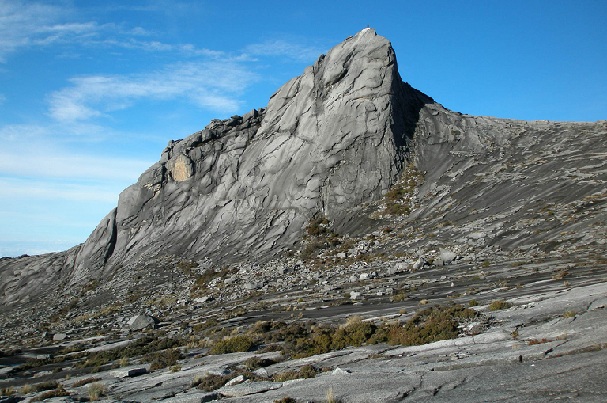 Mount Kinabalu is 4092 meters high and is the tallest peak in Malaysia. The mountain is situated in the northern part of Sabah, in Borneo. People go trekking on the mountain and they should start from Kota Kinabalu, the closest city near the mountain. The trip is going to be really exhausting but you will be left with many memorable moments and an amazing adventurous experience. 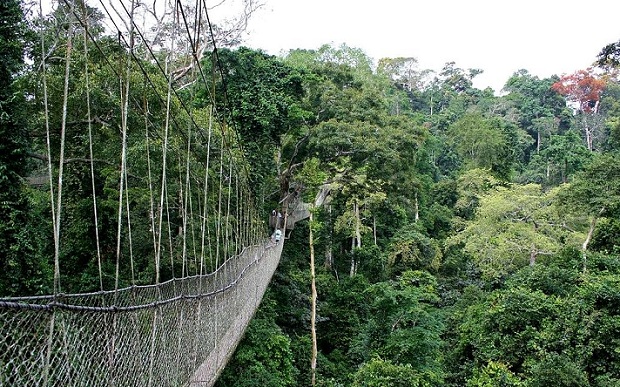 The name Taman Negara means national park. Borneo is blessed with wildlife parks but it is often difficult to have the best of all of these, due to lack of time. Taman Negara is the oldest primary rain forest in the entire world which should be in your ‘must visit’ list, especially if you are towards the peninsular side of the country. 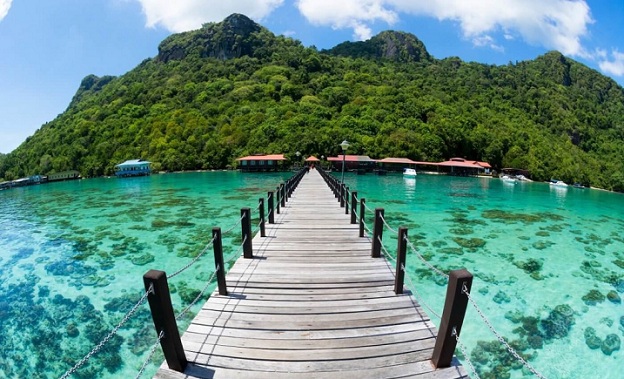 Pulau Tioman is a small island which is off the east coast. The Time Magazine had selected Tioman as one of the world’s most beautiful islands in the year 1970. Since then it has been quite an important tourists spot. The island has white coral reefs all over. People enjoy going scuba diving and on the other hand have a great look of the dense forests in the interior. 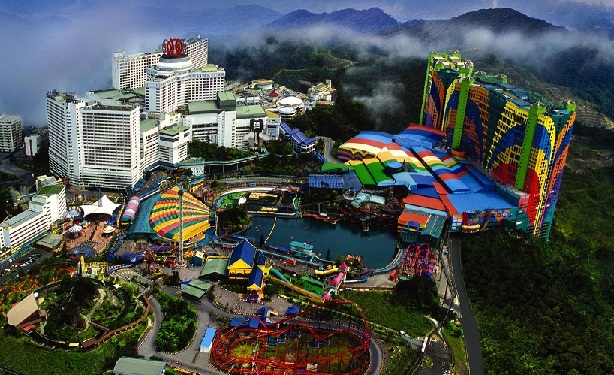 Genting is an area which you would need to travel for about one and a half hour from the capital, Kuala Lumpur. The region is pretty cool and the main attraction here is the Genting Sky Venture. This is the only facility which provides you with the experience of skydiving in Asia. Then Genting X-pedition Wall is a popular tourist’s spot with an international standard climbing wall at a 15 meter by 6 meter long hanging cliff. People are also provided with a bowling complex and a variety of games for entertainment. 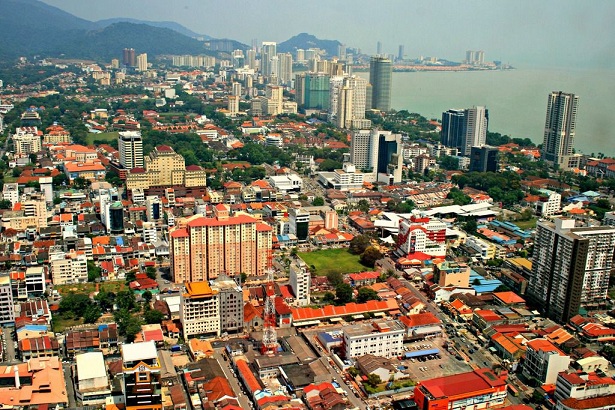 Georgetown is situated on the north-east corner of Penang Island. It had been named after Britain’s King, George III, though the town is mostly populated with Chinese people. The town is famous for having a unique architectural and cultural town scape which is no way similar to Southeast Asia. The evenings are worth a time for fun and enjoyment, when the streets are all lit up and the natives move to the street hawkers to have their meals and drinks. 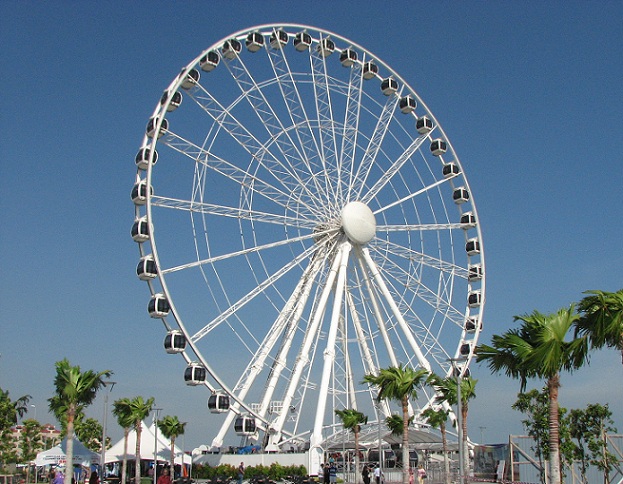 Ferris wheel is an amusement ride in Kuala Lumpur. It reaches a height of about 60 meters and is situated just beside the lake Titiwangsa. The wheel is completely has air-conditioning so that the riders won’t feel the heat at day. Ferris wheel is one of the fomous tourist places to visit in Malaysia. 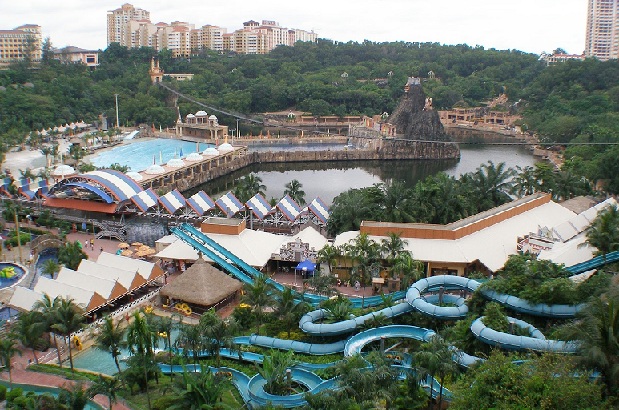 Sunway Lagoon is an amusement and water park. There are six areas from the water park, with water games which have slides, giant wave pool. The amusement park is similar to the Fantasy World in Ancol. This is one of the beautiful malaysia tourist places for sightseeing. 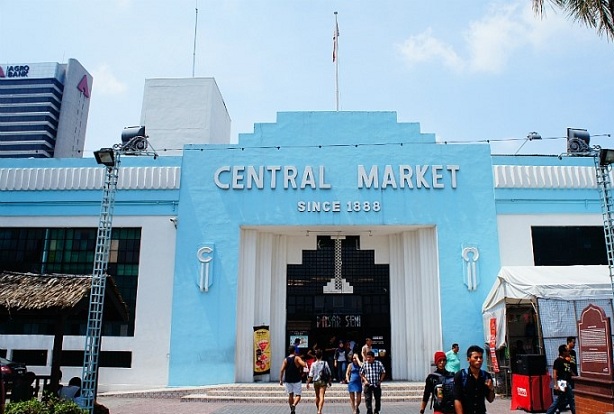 The Central market is one of Malaysia’s major tourist attraction amongst all the places to see in Malaysia. A place you wouldn’t want to leave. Representing the 18th century Malaysian market its filled with food stalls, game stalls and innumerable other shops. After all, money exists to buy us things we want. 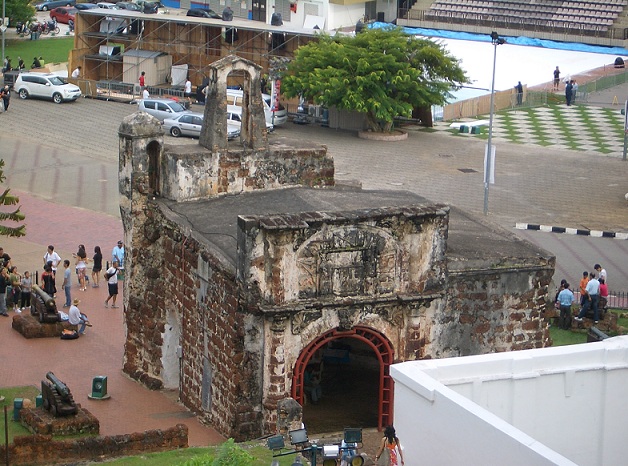 An important place out of all the Malaysian tourist places, home to the Portuguese fortress which is the oldest evidence of European architecture in Asia is the A Famosa. Archaeologically, it talks to tourists on a great level of detail. Apart from this A Famosa has everything a tourist would expect from great food to unsoiled accommodation. 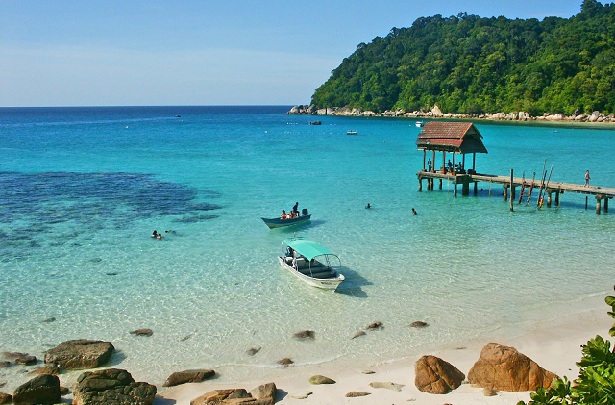 These islands are known for their artistic Coral reefs. Their beaches have clear water with white sands. If you’re looking for arresting underwater sight’s this where you’ll find it. Perhentian Island is one of the most of wonderful and beautiful tourist places to visit in Malaysia. 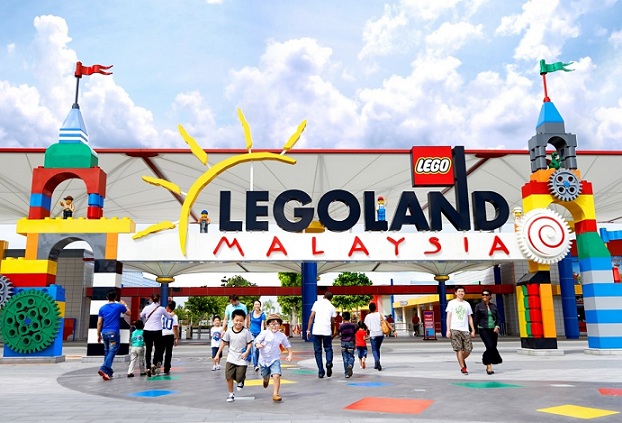 Though it has rides for all age groups it’s a dreamland specially for the kids, a LEGO themed water park. It is a famous place in Malaysia. Some of the significant places of Asia are recreated here using 30,000 LEGO bricks. It is also surrounded by exquisite resorts making it a total fun filled place. 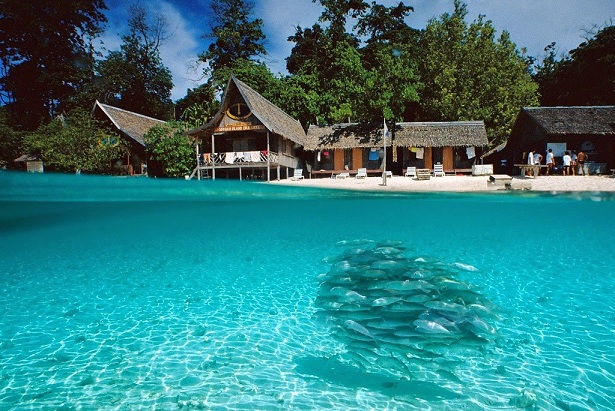 It is one of the top 5 dive sites, as voted by divers around the world. The Sipadan Islands is home to a broad variety of birds, it was earlier declared a birds sanctuary. It is a very small piece of land surrounded by clear water, tourists are usually attracted to the diverse aquatic species that live here.

There are plenty of tourist places to visit in Malaysia. Malaysia and its islands are an all time favorite to tourists. It is a recipient of many prestigious awards for its tourism and vacation spots. Do yourself a favour and visit Malaysia! 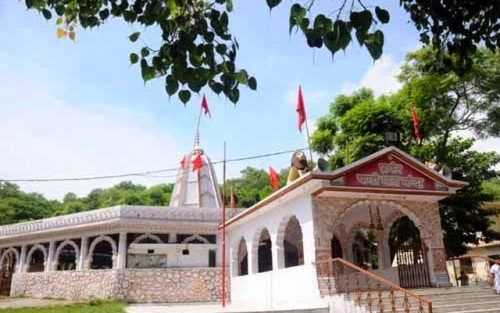 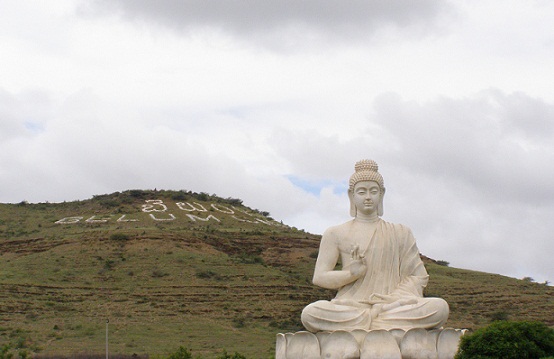 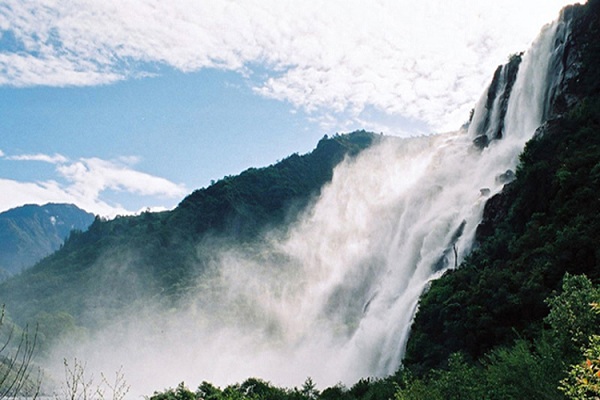 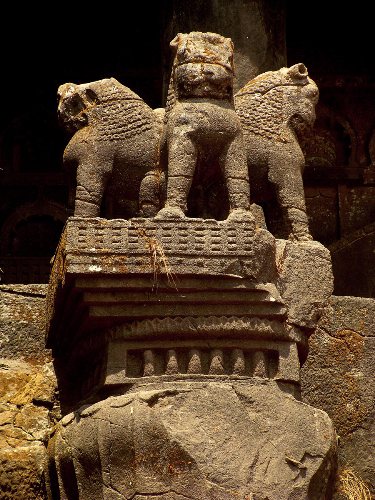