Punjab is all about bhangra, vibrant colours, heartfelt and infectious loud laughs and an attitude that says Hakuna Matata! These happy go lucky locals make the land of the five rivers truly what it is today. They know how to live life to the fullest and with such a stunning topography around, including majestic mountains, lush valleys and glittering waterfalls, this Indian state is every travellers dream! Never a dull moment and only joy…what’s more? Punjab is the land of the Sikhs and the main religion followed in the region is Sikhism – emerging out of the preaching of Guru Nanak. However Punjab today houses people from all castes and religious beliefs, including the Hindus, Muslims, Jains and Christians. As a result, it is truly an abode of some of the most stunning and also religiously most revered temples of India. Yes we have all heard of the punjab golden temple, haven’t we? One of the best places to embark your religious journey, we have got you the perfect list to sort you out. Pilgrimage through Pun
jab via these top picks.

Punjab Temple List – Most Famous Temples In Punjab That You Must Visit: 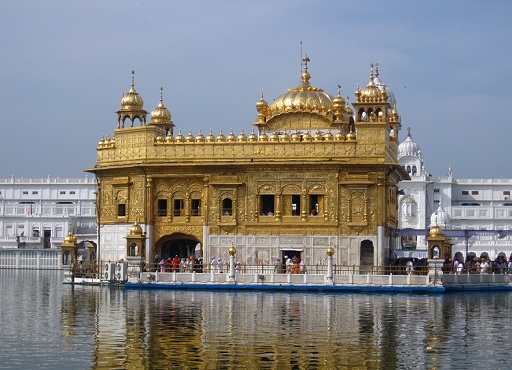 The immensely popular punjabi temple, the ‘Golden Temple’ is also known as the Harmandir Sahib temple is located in Amritsar. It is known as the holiest Sikh Gurudwara in the world and its upper floor is covered with gold. The golden temple history in punjabi culture is one that makes the place ever more popular. Guru Ram Das, the fourth Sikh Guru founded the Gurudwara in 1574. The temple has four entrance doors which signify that people of all religions are welcome inside. During the daytime, the holiest text book of Sikhism, Guru Granth Sahib is present in the premises. A free community kitchen cooks a meal or langar which is served among 100,000 people every day. golden temple punjab information is easily available online in terms of the timings and dress codes. 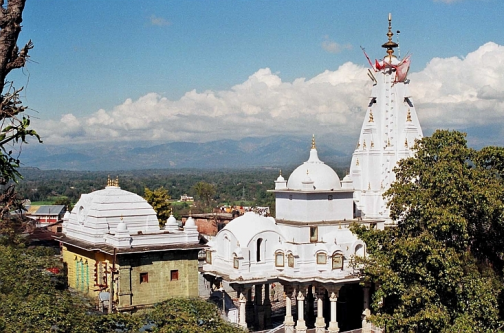 Jayanti Devi temple is located just 15 kms outside Chandigarh in Ropar district. It is dedicated to Jayanti Devi, the Goddess of victory. It is situated on a hillock on the Shivalik ranges. To reach the main premises of the temple, devotees have to climb a hundred easy steps from the huge gate at the base. The temple also houses idols of Shiva, Lakshmi, Ganesha, LokaDev and Balasundari. It is one of the most popular hindu temples in Punjab. Annual fairs are held on full moon day on February and August during which the temple attracts over 1.5 lakh visitors. Navaratri is also widely celebrated in this temple. 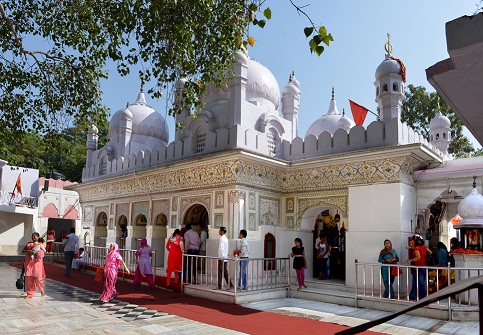 In the Panchkula district outside Chandigarh is located the temple of Mata Mata Mansa Devi. The temple is spread across the foothills of Shivalik range and is dedicated to Goddess Mansa Devi, another form of Shakti. This temple is known as one of the major Shakti temples of Northern India which widely attracts lakhs of devotees during the nine days of Navaratri. It ranks high above on the punjab famous temple list. 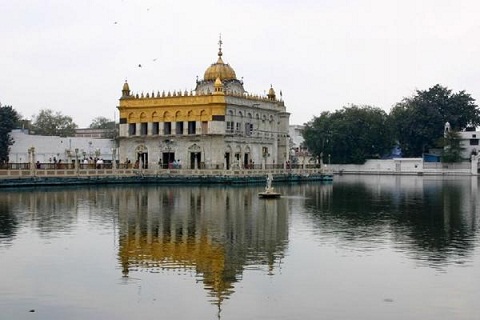 Durgiana temple is a Hindu temple located in the city of Amritsar and its architecture resembles to the famous Golden temple. It is dedicated to Goddess Durga who is also the presiding deity along with Goddess Lakshmi and Vishnu. The original temple was constructed in the 16th century and rebuilt in 1921. It is built in the middle of a sacred lake and a bridge provided approach to the temple. The main festivals celebrated here are Dussehra, Janmashtami, Ram Navami and Diwali. 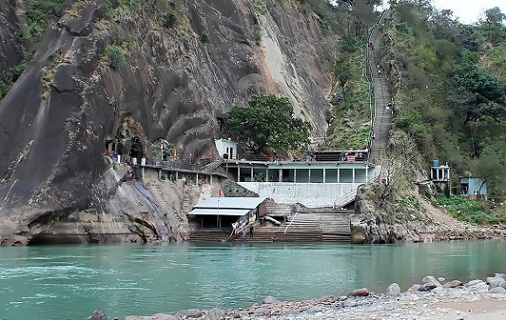 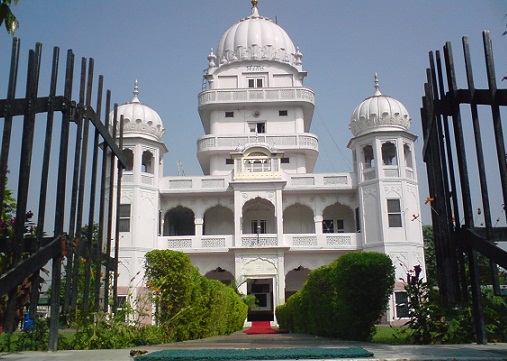 Gurdwara Manji Sahib is located in the village of Alamgir in Ludhiana district. Guru Gobin Singh, the tenth Guru of the Sikhs is said to have shot an arrow into the ground on reaching Alamgir where a spring appeared, now known as Tirsar. He is also said to have been presented a horse by a devoted follower here. 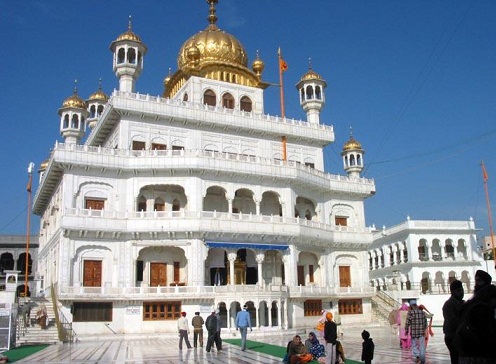 The Akal Takth is one of the five takhts or seats of power of the Sikh religion. It was built by the sixth Sikh Guru, Guru Hargobind and is located within the complex of Harmandir Sahib Gurdwara. It was built as a place of justice and consideration of temporal issues. The present structure is a five storey building with marble inlay and gold-leafed dome. 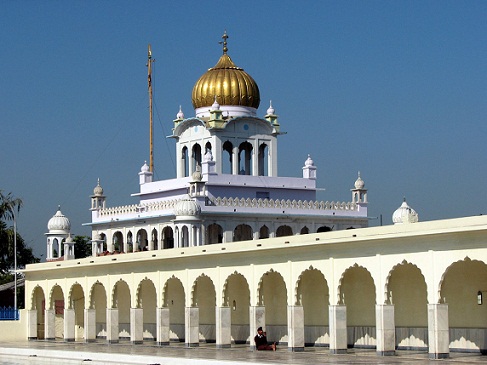 A Sikh Gurdwara or place of worship in the city of Fatehgarh Sahib is situated the Gurdwara Fatehgarh Sahib which was constructed in 1710 by the Sikhs under the leadership of Banda Bahadur. In the main complex of the gurdwara, many other gurdwaras are present such Bhora Sahib, Burj Mata Gujri, Shahid Ganj and a big hall named Todar Mal Jain Hall along with a sacred pool or sarovar. 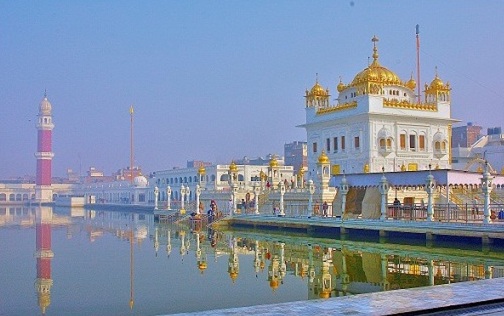 Gurdwara Sri Tarn Taran Sahib is a place of worship for the Sikhs situated the city of Tarn Taran Sahib. The gurdwara complex is known to have the largest sacred pool or sarovar of all the gurdwaras. A monthly gathering of pilgrims on the day of Amavas or new moon night is famous here. The fifth Sikh Guru, Guru Arjan DevJi founded this gurdwara in 1590.

So now you know where to head for that perfect spiritual calling amongst the beauty of nature and the culture-laden vibe. The golden temple punjab india is on every traveler’s list whether religious or not! Apart from visiting temples, there is a lot to do for one and all. From binging on authentic Chole Bature to enjoying various dance forms like bhangra, giddha and jhumar, this land of five rivers shall never disappoint you. Do write in sharing with us your experiences about your Punjab pilgrimage. We shall be happy to hear your feedback on this guide and hopefully it proves to be helpful. Happy travels and blessings your way always. 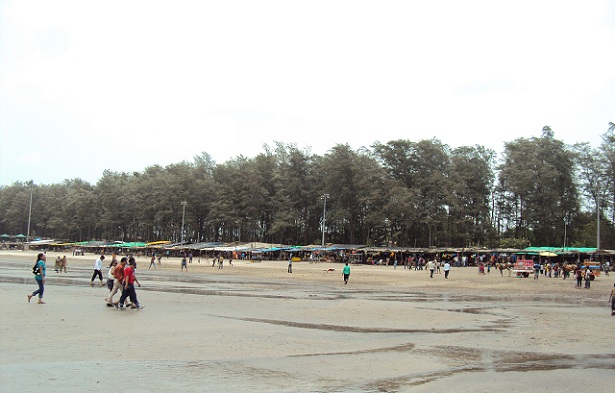 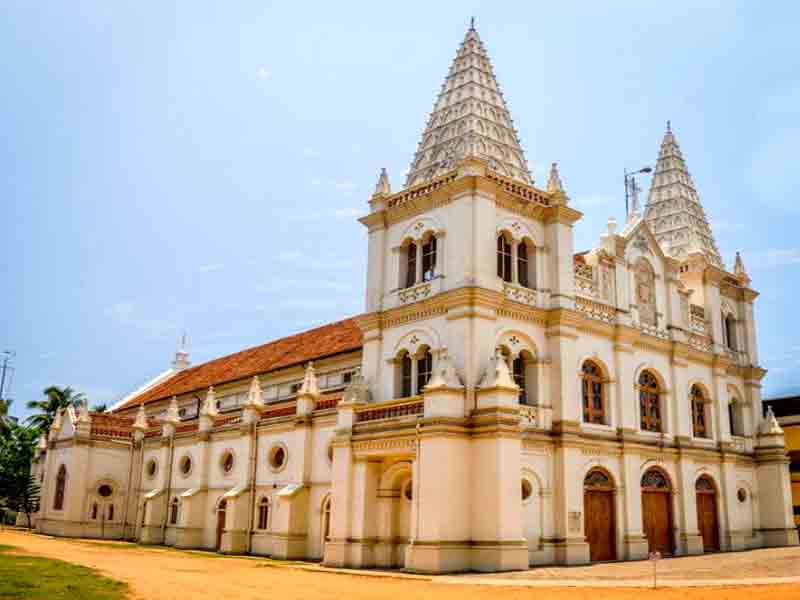 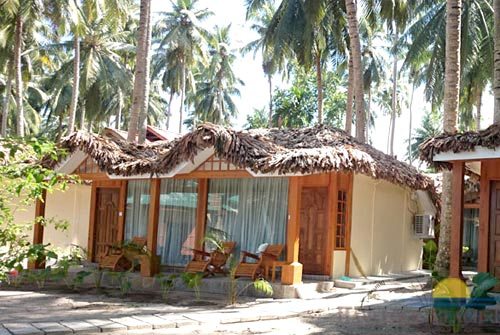 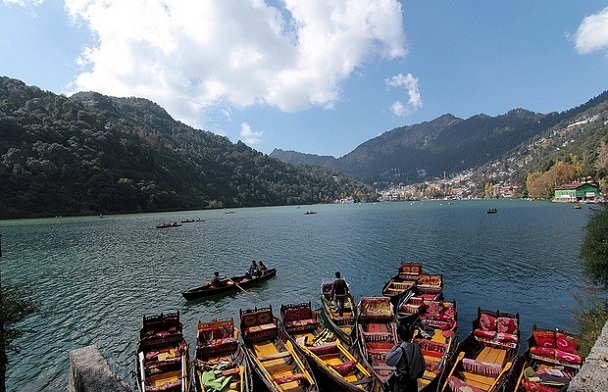