9 Famous Temples in Tamil Nadu That Are Amazing To Visit

India is known for its rich diversity and culture. From the north to the south, east to west, we have n number of small and big, old and new temples that are being worshipped for mnay reasons. Some of the temples are known for their historical value and culture. One such place where you must have a visit for temples is Tamil Nadu. Tamil Nadu is a land of temples. The structure itself makes it unique as it has a long triangle cone-shaped gopurams on 4 sides of the enclosure. Tamil Nadu boasts of many Dravidian styled places of worship. You can see the oldest temple as well as the biggest temple in Tamil Nadu. Also, there is a golden temple in Tamil Nadu which is known as Golden Temple, Sripuram. Let us take a look at the top 9 temples. 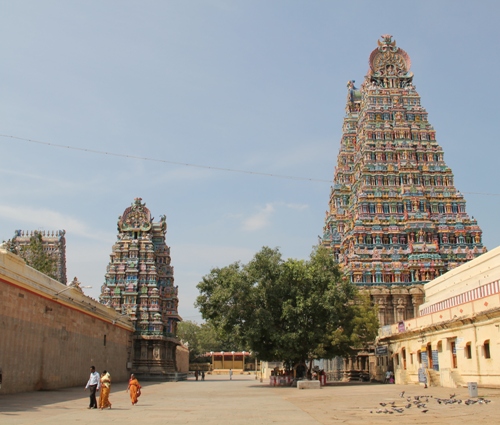 This beautiful temple situated in the temple city of Madurai, Tamil Nadu has 14 gopurams with the tallest being 170 feet. It is also known as Meenakshi Sundareswarar Temple which really are alternate names of Parvati and Shiva respectively. The temple city of Madurai came to existence 2,500 years ago with this holy structure. There are two golden sculptured vimanas, the shrines over the sanctums of the main deities. According to statistics, 15,000 visitors a day and 25,000 on Fridays visit the Meenakshi Sundareswarar temple. An estimation of 30,000 sculptures are boasted by this temple. In the months of April and May, a million visitors visit the temple to celebrate the annual 10 day Meenakshi Tirukalyanam Festival. 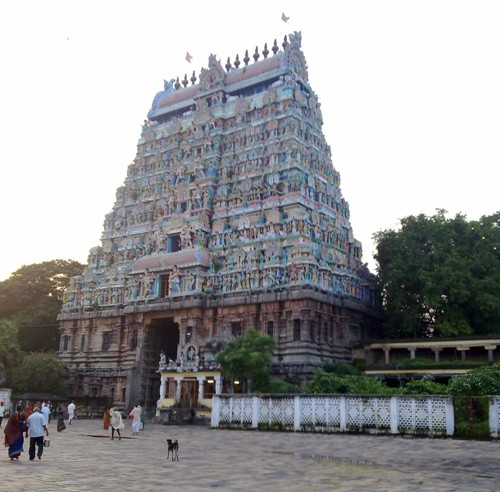 Thillai Natarajah Temple at Chidambaram, Tamil Nadu is dedicated to Lord Shiva. Thillai Koothan or Natarajh is the deity that presides here since 12th century. This temple was the beginning of all temples to Saivites. Chidambaram represents Aakash(aether), one of the five classical elements of the holiest of Shiva temples known as Pancha Bootha Sthalams. Chidambaram temple celebrates different festivals all-round the year. 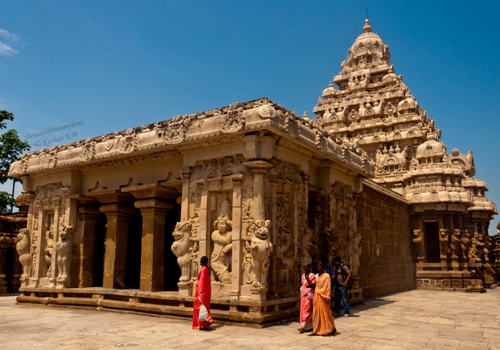 Kanchi Kailasanathar temple is the oldest structure in Kanchipuram which is a Hindu temple in Dravidian architectural style. Dedicated to Lord Shiva, it was built from 685-705 AD by a ruler of Pallava dynasty. The temple has 58 shrines dedicated to different forms of Shiva. Thousands of devotees offer their prayers on the evening of Maha Shivratri from all over. It is also one of the major tourist attraction spots in the city. 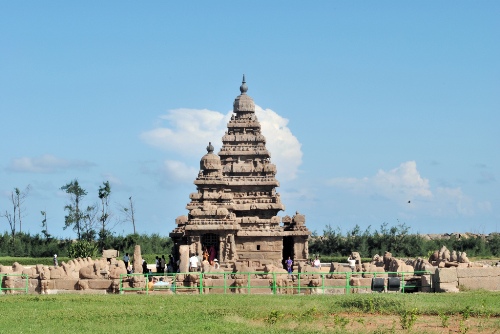 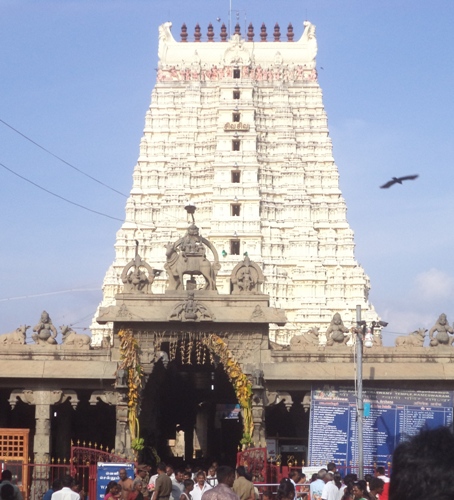 Ramanathswamy temple is located at Rameshwaram is dedicated to Jyothirlinga, a form of Lord Shiva. The temple was extended during the 12th century. It is considered as a holy pilgrimage site for Shaivites, Vaishnavites and Smarthas. The primary deity is in the form of a linga or phallic stone. The temple is one of the four holiest Hindu Char Dham sites. 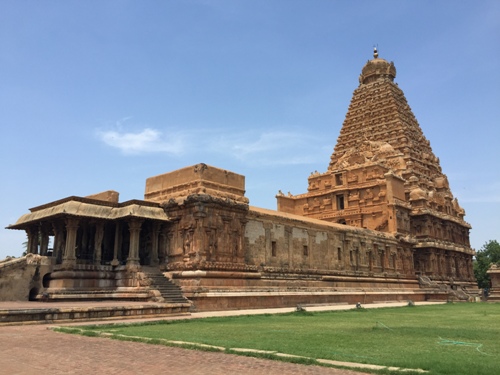 The Brihadeeswarar temple in Thanjavur is one of the largest temples in India built by emperor Raja Raja Chola I in 1010 AD. The prime deity of the Brihadeeswar temple is Lord Shiva. It also has the idols for Ashta-dipaalakas or guardians of the directions such as Indra, Agni, Yama, Nirrti, Varuna, Vayu, Kubera and Isana. A big statue of Nandi or sacred bull carved out of a single rock is present at the entrance of the temple. 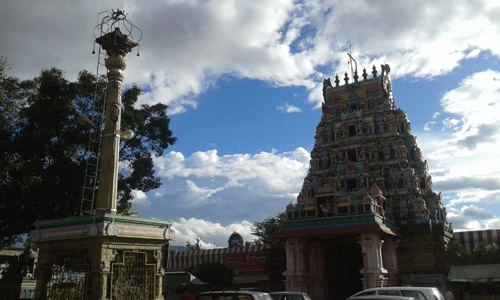 Perur Pateeswarar temple is dedicated to Lord Shiva and is located at Perur in western part of Coimbatore. It was built approximately 2000 years back by Raja Raja Chola I. The temple consists of a golden statue of Nataraja apart from several gopurams and halls. There’s a shrine dedicated to Shiva and Ganesha each and several other statues of Gajasamhara, Virabhadra, Saraswati and more. 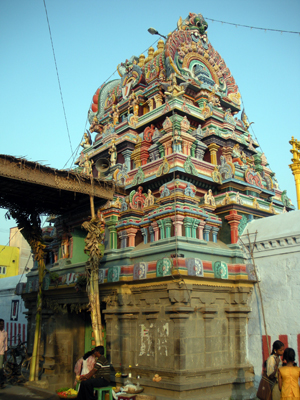 Ulagalanda Perumal temple is dedicated to Lord Vishnu located in Kanchipuram. It’s a Dravidian style architecture glorified in the Divya Prabandha. Ulgalantha Perumal, a form of Lord Vishnu is worshipped which is one of the 108 Divyadesam dedicated to Vishnu. The temple performs six daily rituals and various yearly festivals among which the Chariot festival is the most prominently celebrated. 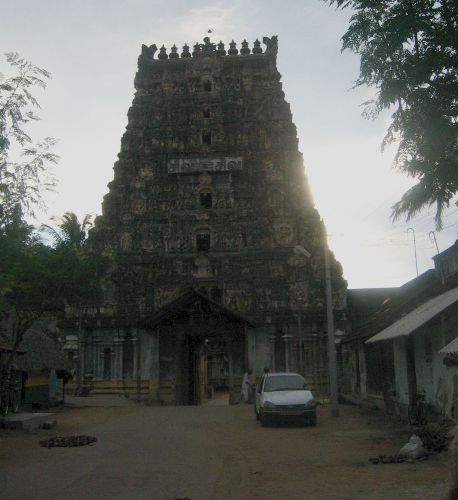 Aiyarappar temple is located in the village of Tiruvaiyaru in the banks of River Kaveri is dedicated to Lord Vishnu. The hymns of Thevaram are incarnated on the temple. People gather during the Saphta Sthanam festival conducted in April every year witnesses the convergence of seven glass palanquins carrying principal deities of respective temples from seven places. On the bansk of the river, you can see the Samadhi (burial place) of the saint composer Thyagararaja. It is here where the greatest musical festival in India takes place annually.

Planning a trip to visit some of the ancient temples in India? Then this would be the perfect choice to go for. All these temples mentioned here are known for its historical evidence in ancient Hindu mythology. Every year these temples celebrate festivals on special occasions like Maha Shivratri, Navaratri, Pongal etc. If you are lucky enough, you can see them if you visit these temples during the festival time. Next time you plan to visit the temples of India, make it a visit to Tamil Nadu.