There are people of different ethnic and religious identities in Bangalore city. We find a lot of Christians in the city’s various parts. It was also one of the colonial age’s prominent summer retreats. As a result, some of Bangalore’s popular churches are also the old ones. Many were built during the imperial era, and as the city grew, there were many developments. These churches in Bangalore, due to their incredible architecture and the history and heritage associated with them, are visited not only by Christians but by people of all faiths. Visit these churches for a beautiful experience during Christmas, as well as on other occasions. Find here the list of best churches to visit in Bangalore along with their complete details.

Relive those ancient times as you visit these wonderful lists of churches in Bangalore. This is a famous church in Bangalore and was founded in 1808 and consecrated by the Bishop of Calcutta in 1816. With over 200 years of history, St. Mark’s Cathedral is one of Bangalore’s oldest churches, among the Protestant churches in Bangalore. An interesting trivia about this cathedral is that it started under the East India Company as a garrison church for the officers of the Madras Army. Elaborate woodwork and intricate carvings define the entrance to this building. This is considered as one of the biggest church in Bangalore. 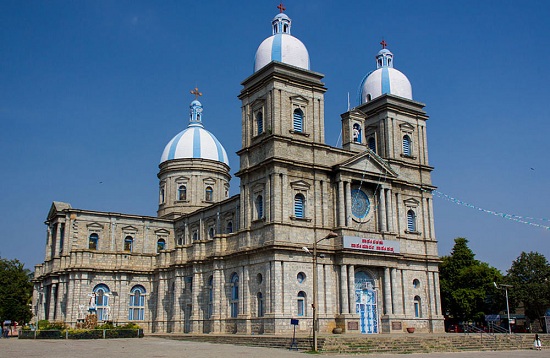 The church was built like a cross in Cleveland Town and is made of granite, with a vast dome overlooking the sanctuary. Two belfries of blue and white dome give it a European look, hence called as the best church in Bangalore. It was initially built in 1851 and rebuilt in 1911. When the cross fell from the church’s old tower in 1905, it was interpreted as a sign for the construction of a new structure. Fr. Servanton performed concerts, dramas, and made personal appeals for the project to raise money. After a prolonged interruption due to WW-I, the church was completed. 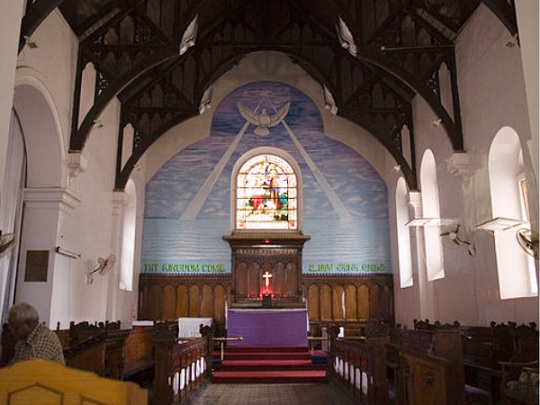 Next in the top churches in Bangalore is Holy Trinity Church. It was built in 1851 for the Bangalore-based British Regiment. Made in the English Renaissance style, the church can accommodate 700 people and is considered to be Southern India’s most significant military church. During Christmas, the church is all decked up and sees a massive crowd of devotees and tourists coming here during the celebrations. It is a place you have to visit to enjoy Christmas festivities. The st mary’s church Bangalore is one of the oldest churches in Bangalore; the foundation stone was laid in 1813 and consecrated the church in 1882. After the bubonic plague of 1898, the Virgin Mary was worshipped as Our Lady of Good Health. It is built with stained glass windows, multiple columns and motifs in Gothic style architecture and also among the biggest churches in Bangalore. It is the mother of all parishes in Bangalore. APC has five places around Bangalore where people gather on Sundays to worship. The Lord’s Table (Holy Communion) is celebrated on the first Sunday of each month at all APC locations in Bangalore and on special services including services of Good Friday, Easter, Christmas and New Year. The missions and outreach work of APC is focused on accomplishing the Great Commission by strengthening local churches and planting local churches where necessary. APC is following a systematic approach to its missions and work on outreach. This is among the most beautiful churches in Bangalore.

Next in the best church to visit in Bangalore is St Thomas Church. Also known as St. Thomas Forane Church. Dharmaram community endowed the parish with 21/4 acres of land near the Dharma Ram College campus. The church was officially opened at Dharmaram College on March 19, 1983. The first parish priest of the church was Fr. Jose Frank CMI. Over the past few years, the St Thomas church Bangalore has grown extensively. It has registered in the parish more than 1,500 families. Opened on June 9, 2020, this infant Jesus church Bangalore is a Roman Catholic church dedicated to the Child Jesus. Devotees feel a secure connection with this Church and believe in the many miracles associated with it. People of all faiths come here, not just Christians. Their mass on Thursday is very well-known and is held in seven languages. Its roots are in the chapel of Drummers / Fort Church is considered Bengaluru’s oldest church. The foundation stone of the church was laid in 1932, and on March 9, 1935, was consecrated. Located in Chamarajpet, the structure has a granite façade and a central tower of 80 feet, stained glasses, rectangular windows, and arches, and is a mixture of Western and Indian architectural styles. It is one of the Protestant churches in Bangalore and became part of the CSI after 1947. This is among the oldest church in Bangalore. 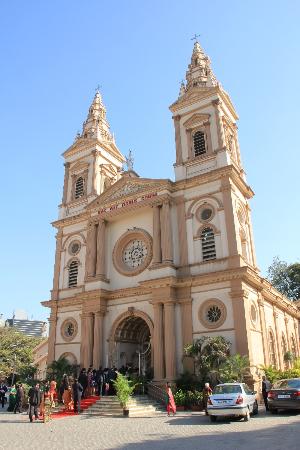 It is the second oldest and most famous church in Bangalore. It had been completed in 1844. Initially built by military chaplain Gail-Hot for Irish soldiers, it is named after Ireland’s patron saint. In 1845, Mysore’s Bishop made it his cathedral. The architecture, unquestionably the best church in Bangalore, is pure elegance with an arched entrance bordered by two impressive height belfries. The church’s twelve pillars symbolize Jesus Christ’s apostles.

These churches in Bangalore are absolutely gorgeous and magnificent. The architecture and history are quite enchanting to hear about more! Do you have questions to visit any of these beautiful churches? Have we left out any in the list, any of your favourites? Please let us know about it in the comments!

Ans: Bangalore enjoys a moderate climate all year round, and this magnificent city can be visited with the utmost ease at any time of the year. The months between September and February, however, see the highest tourist inflow to the city because the weather during the winter season becomes even more pleasant.

Q2. When Traveling to Bangalore, what Things Should We Carry?

Ans: Essentials of the backpack must include appropriate clothes according to weather, umbrellas, comfortable shoes, toiletries, and medical supplies as well as the necessary items of the day or anything you may find important.

Q3: How to Reach Bangalore by Air, Rail, or Road?

Ans: The three options to reach Bangalore are: