Ladakh is one of ten provinces of Jammu and Kashmir and also happens to cover the largest of area. It is surrounded by the Karakoram mountain range in the north and Himalayas in the south. Ladakh stretches over an area of about 59,000 square kilometers and is made up of two administrative districts, which are Leh and Kargil. 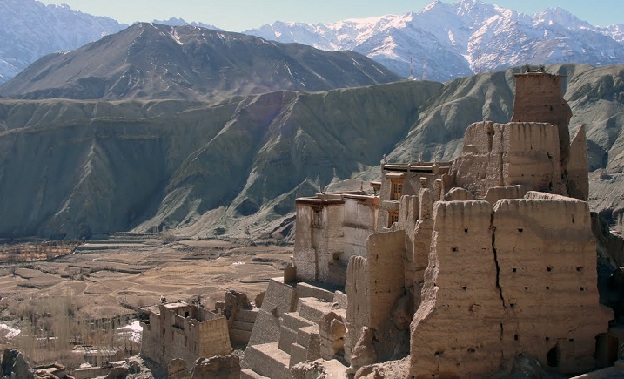 Basgo is situated 80 km west of Leh. It used to be the capital of lower Ladakh the kingdom united at Leh. The World Heritage Site had recently come down in dusts, but then with the help of UNESCO and the Basgo Welfare Committee the place was restored into the ancient heritage compound. This place is one of the important highlights of the Indus Valley. 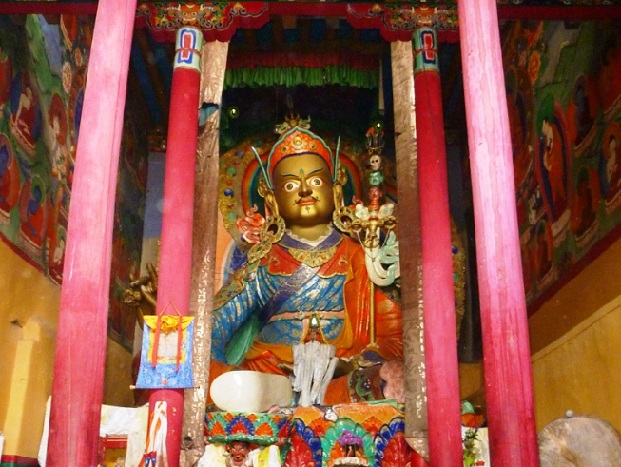 This is one among many interesting tourist sites in Ladakh. The Hemis monastery is the largest monastery that you will come across in Ladakh. It is most famous for the huge painting of Buddha which is displayed once in 11 years to the public. That time it becomes a really crowded tourists place, as people fly and come here from all over the world just to take a glimpse of it. 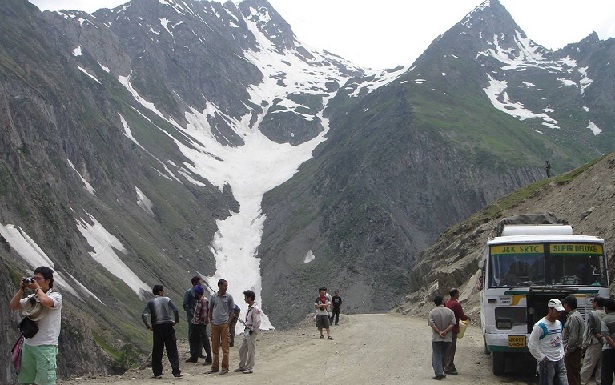 Drass is located about 60 kms west of Kargil while you are on road to Srinagar. It is a small town lying in the centre of the valley of Drass. Drass is the first village after the Zoji La pass. It gets its fame for being the second coldest inhabited place in the world due to extreme cold and snowfall during winters. The temperature is known to fall to minus 50 degrees during this time. 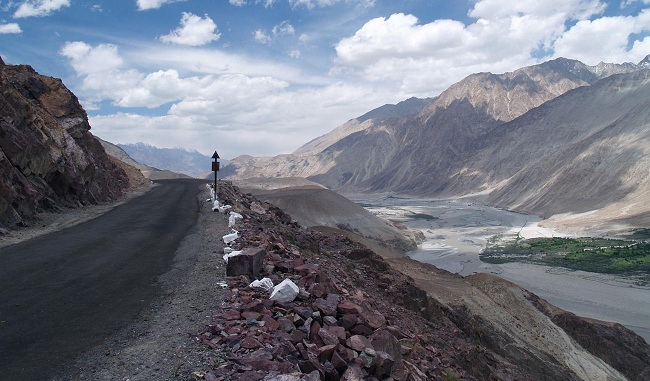 The Nubra valley is beautiful due to its scenic view. It gets you back into a nearly forgotten ‘Shangri La’ which was once an important trading route which brought eastern Tibet close to Turkistan by the Karakoram Pass. This valley is now famous for tourists, who come here and spend some time of adventure and enjoyment. 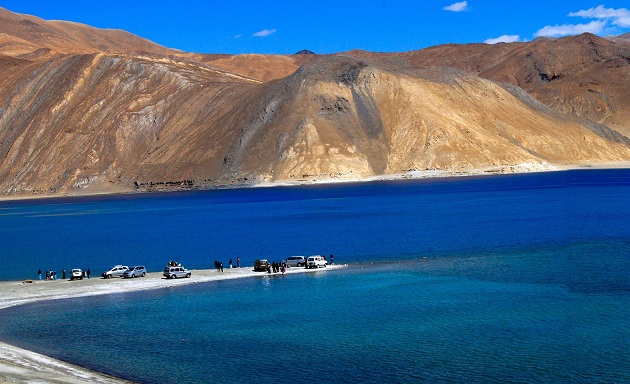 Pangong Lake is situated at an altitude of 4242 meters, towards the east of Leh. The lake is the biggest in the Himalaya which spreads over some 130 km long and about 2 to 6 km wide. India has only one-fourth of the lake while the rest falls under Tibet. 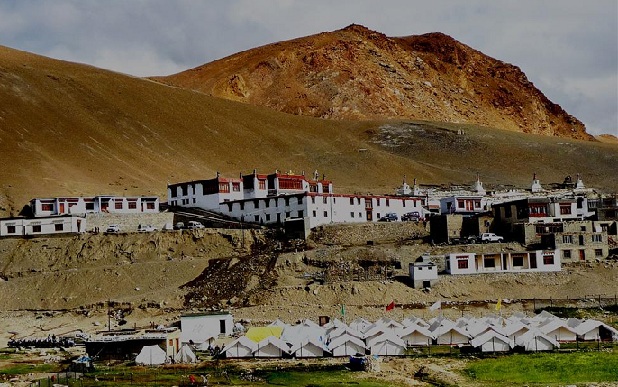 The word Korzok means center of the mountain or center of the body. This is a really big village compared to the rest in Ladakh. It is around the Tsomoririr Lake which is an important tourist spot for the visitors of this lake. The village includes about 45 houses and they are all located about 40m above the lake. You might not get the best of facilities but you’ll see a different sort of lifestyle and enjoy something out of box. 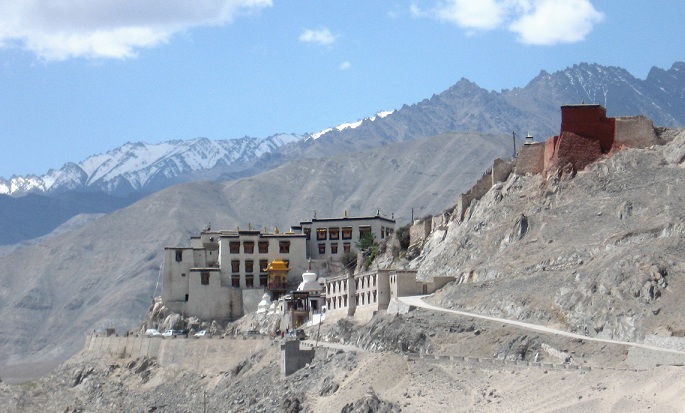 Spituk Monastery lies about 10km by the Kargil road from Leh. It is located on the hilltop overlooking the Indus. The monastery is famous not only for the valued ‘thankhas’ but also a chamber which holds a statue of kali, which is open to the people only once a year. The chamber also includes ancient collection of facemasks. 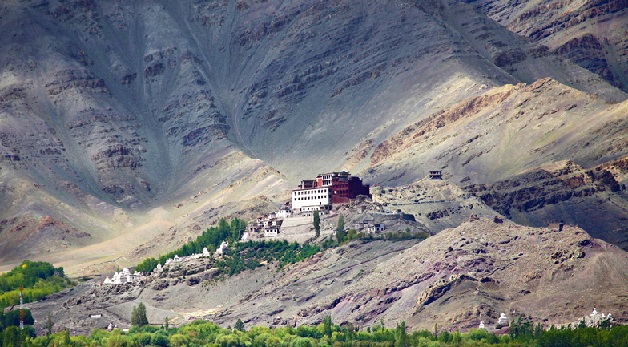 The Samtanling Gompa is situated in comparatively big village of Sumur. It is one of the must visits of Ladakh, and has a nice collection of idols and frescos and also painted and embroidered scrolls which are known as thangkas. Sumur provided you with basic holiday accommodations. Spend a few days in this nestled village and experience some quiet time. 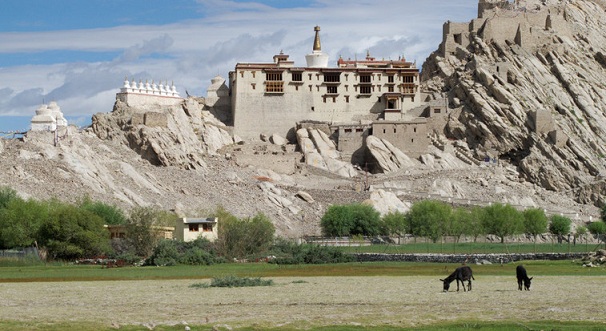 Shey Palace is about 15 km away from Leh. This was the throne of the King of Ladakh and it is well known for the three storied statue of Shakyamuni Buddha which is the only kind of statue found in this area. 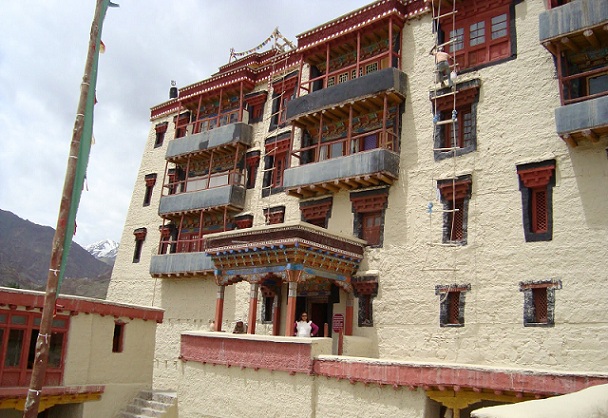 The Stok Palace had been built in the 19th century after Ladakh had been lost to Zorawar Singh. The museum stores the Royal dresses, thankas, the throne which the king seated on, etc. 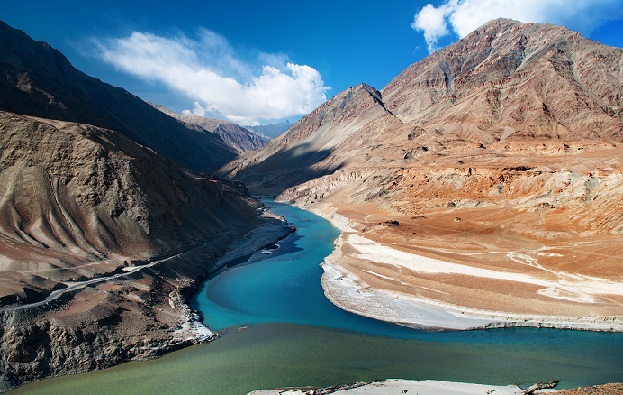 Leh is the capital city of Ladakh and is located in the Indus River Valley. There are a number of places to visit here, including the Leh Palace, the Singee Palace which had been built in the 17th century. The Shanti Stupa or Japanese Stupa is located beautifully on the hilltop above Leh. There is a museum which has been built by the Indian Army with major information of Kargil War.  Leh also gives you the opportunity to spend some urban life in this remote place, being within the town territories where you can enjoy the developed side of Ladakh. 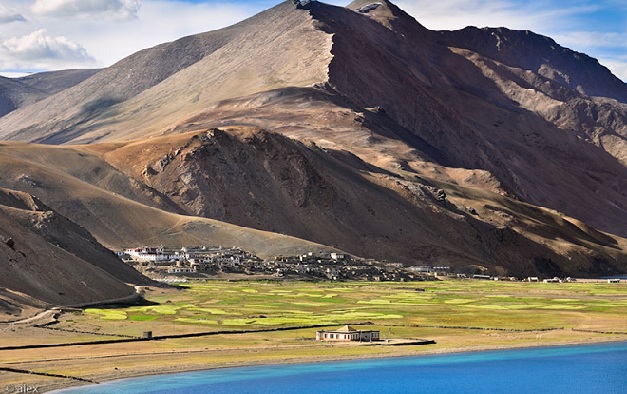 The Tsomoirri lake is about 28 km long and 5 to 8 km wide and is lies 240 km south-east from Leh. The water of lake is unfit for drinking, even without being a salt water lake. You can go trekking around the lake and also spend some quiet time with your friends and family amidst the tranquility. 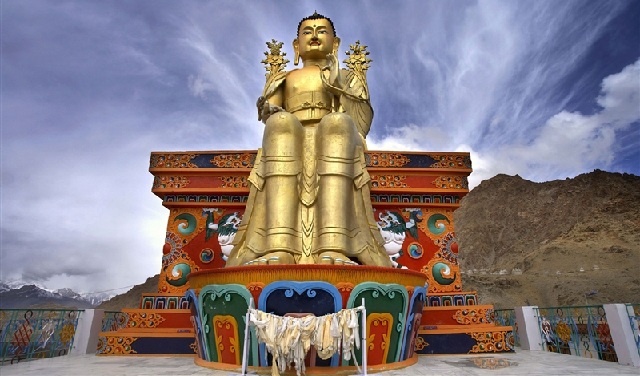 The Likir Monastery is located about 52 km from Leh and is known for the Klu-Kkhjil (water spirits) which had been established in the 11th century AD. It had been rededicated to another monastic order (the yellow sect) in 15th century. The previous gompa was ruined in fire. 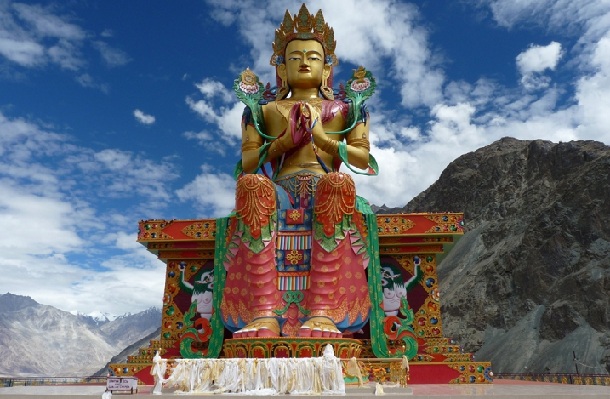 The Diskit Village is known for the apricot plantations. It is one among the larger villages in the region, and has a 350 year old Diskit Gompa which is the oldest and the largest monastery here. 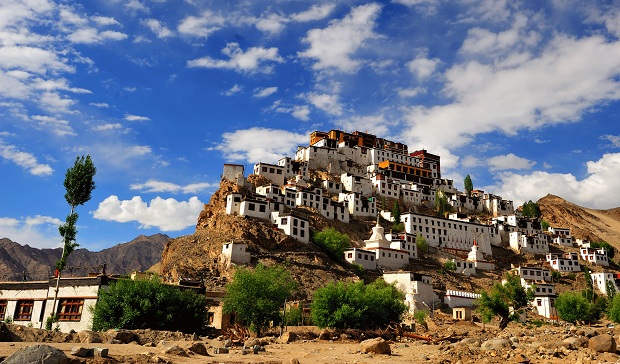 The Thiksey monastery near Leh is known to leave the tourists awestruck with the wonderfully styled architectural designs that they hold in. The monastery houses a two storey statue of Maitreya Buddha. The status is seated on lotus and the monastery gives us an amazing view of the valley. There are morning prayers done before the sunrise which the tourists are welcomed to participate in. There are many hand written and painted books dedicated to Goddess Tara. You are also likely to see small shrines including Cham Sing, the protector deity of Thiksey.