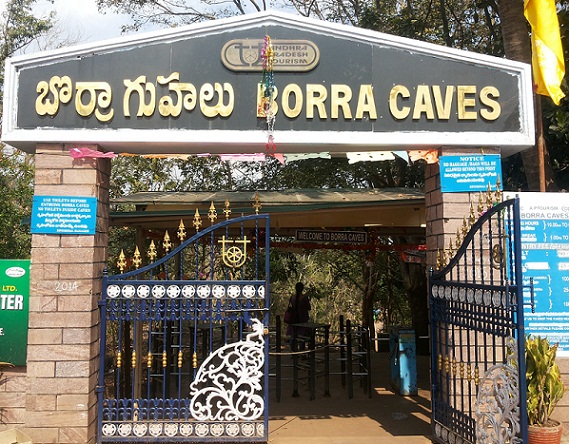 Nestled in the Ananthagiri hills of the Araku valley are one of the largest caves of the Indian subcontinent called the Borra Caves. These caves are spectacularly known for their stalactite and stalagmite formations that have withstood the passage of time for over a million years.

The caves discovered by William King George in 1807 are said to have originated from the river Gosthani due to its continuous flow of action over the limestone terrain. Legend has it that the Borra caves were discovered by native tribes when a cow grazing atop the caves fell through a hole in the roof.

A stone resembling a Lingam was found inside the cave which was believed to be an interpretation of Lord Shiva who protected the cow. In honour of this belief a small temple for Lord Shiva has been built outside the cave that draws a lot of devotees. The Borra Caves also known as Borra Guhalu are a splendid tourist attraction for both historical and religious purposes.

The Borra caves located at a distance of 92 km north of Visakhapatnam lie 3000 ft above sea level. The entrance to the caves which is about 100 meters in height and 75 meters in width are marked by steps leading down that are carved from the rocks and to greet you at the entrance are monkeys that hang around large trees.

Official Information Board outside the Borra Caves: 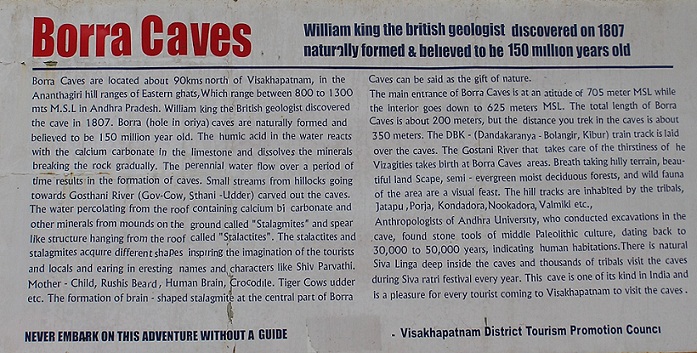 An information board at the entry point to the caves provides visitors with a brief history and other details of the caves and its surroundings. 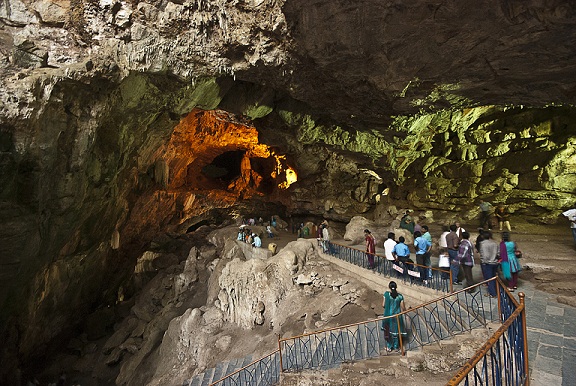 While the Borra Caves are one of the best tourist attractions in the state of Andhra Pradesh, local people flock to the caves daily to worship the Shivalinga and the stone idol of the holy cow or Kamadhenu that sits above the Lingam deep inside the cave. It is a popular belief that the cow’s udder is the source of the Gosthani River from where the caves have their origin. 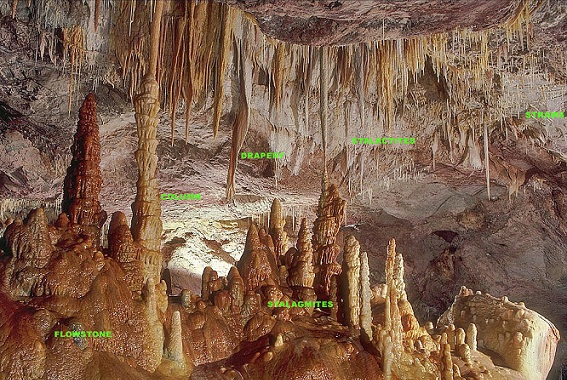 Housed in the caves are the most renowned stalactite and stalagmite formations that are irregularly shaped due to the flow of the Gosthani River between these solidified structures. Water seeping from the roof of the caves breaks down the minerals present in the limestone to form stalactites at the top of the cave and then further seeps down the ground to form stalagmites. The 150 million year old stalactite and stalagmite formations are truly an overwhelming sight. 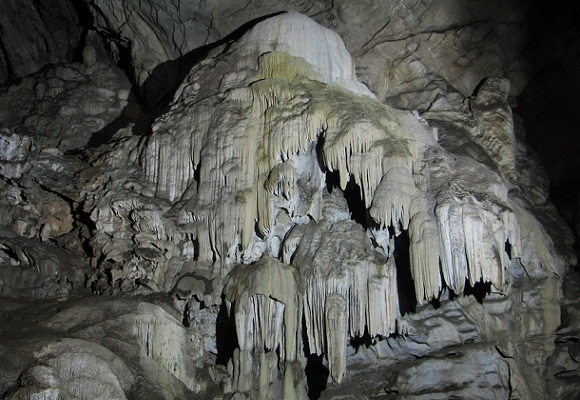 The formations of stalactite and stalagmite over the centuries have evolved into naturally sculpted shapes inside the caves. On close inspection you can spot a bearded sage, Shiva and Parvati, a mother and child, the human brain, a tree with its roots overhanging, a temple and church and even animals like the elephant as seen in this depiction. Some of these structures have a religious meaning attached to them while others simply are a thrill to the imagination.

The Borra Caves are deep and completely dark inside due to lack of sunlight penetration.  As a result the Andhra Pradesh Tourism Industry has installed a number of sodium vapour, mercury and halogen electric lamps to illuminate the path inside the caves providing a breathtaking view of the various formations. 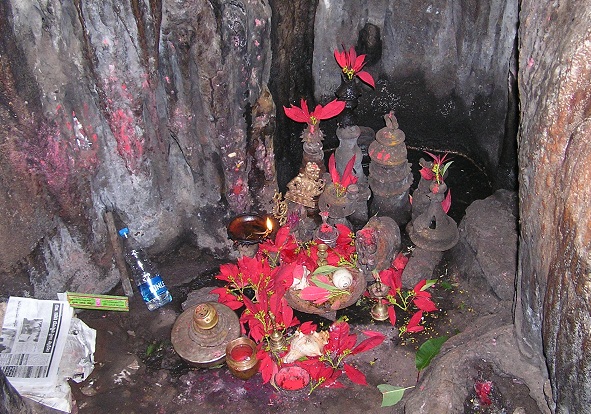 At the end of a small tunnel deep inside the caves is a small place of worship made up of stalagmite Lingam where devotees, particularly the tribals come to worship the Hindu god Shiva especially on the festive occasion of Shivratri. 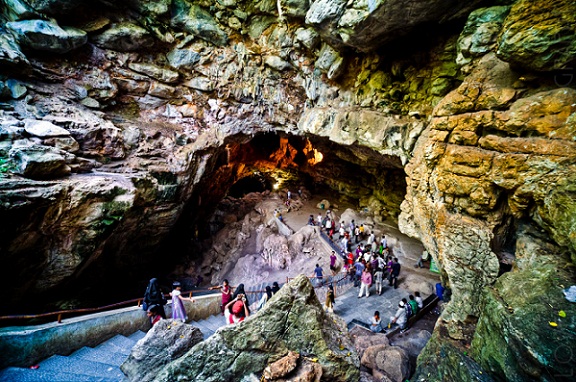 A bird’s eye view of the Borra caves that draws thousands of tourists for a visual feast of an age old archaeological remnant. 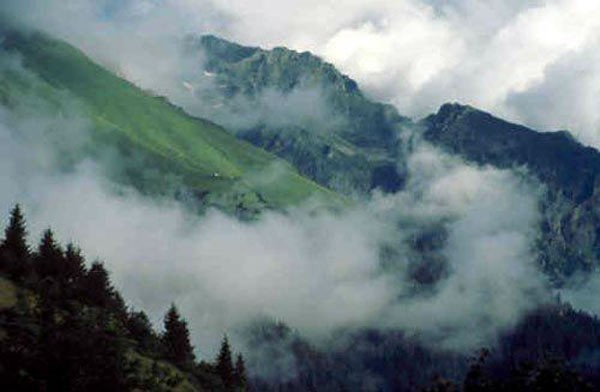 The compelling sight of the Araku valley outside the Borra Caves is in itself a tourist attraction for visitors to the caves. The scenic beauty of the mountainous region abounding in fauna and flora provides an almost magical setting. 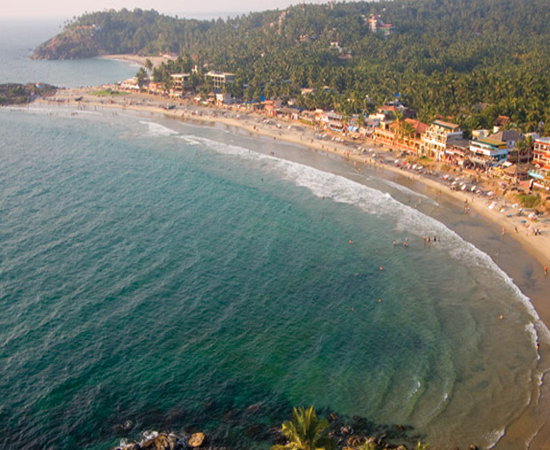 9 Best Destinations For Honeymoon In India In April 2020 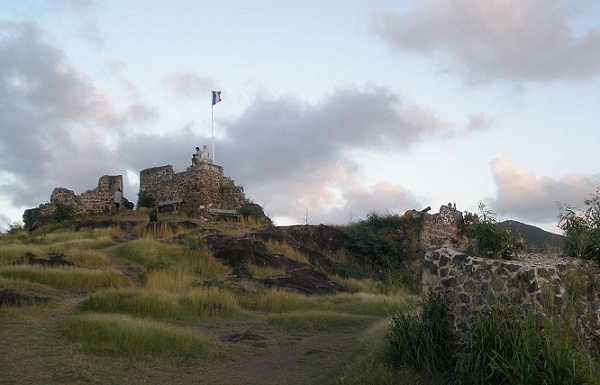 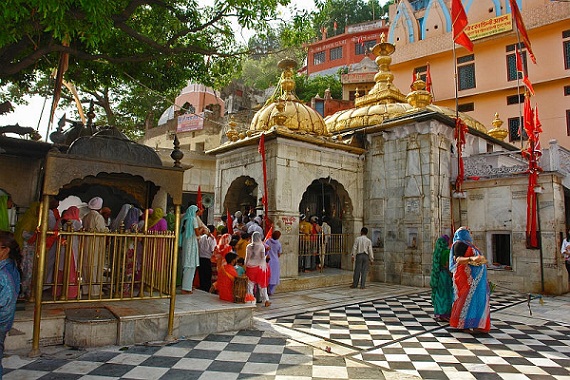 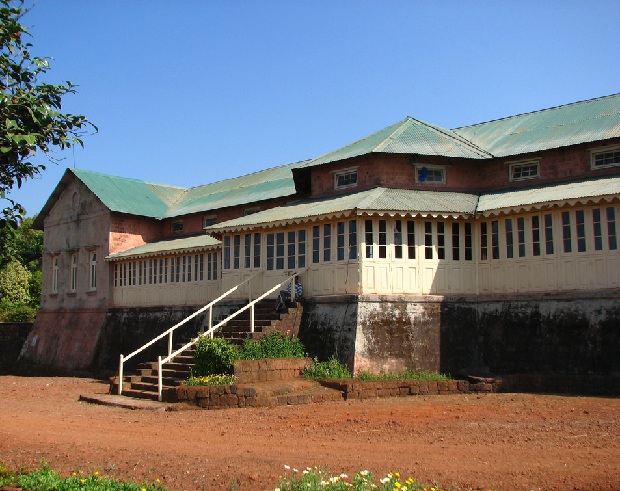 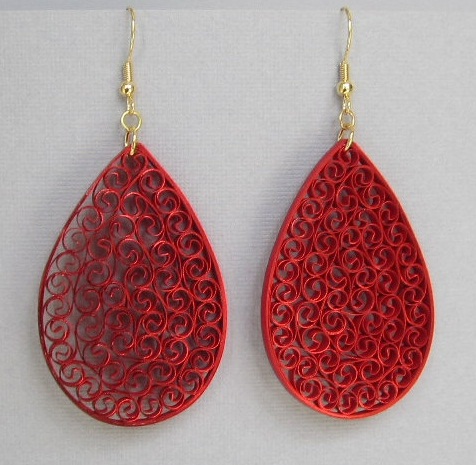 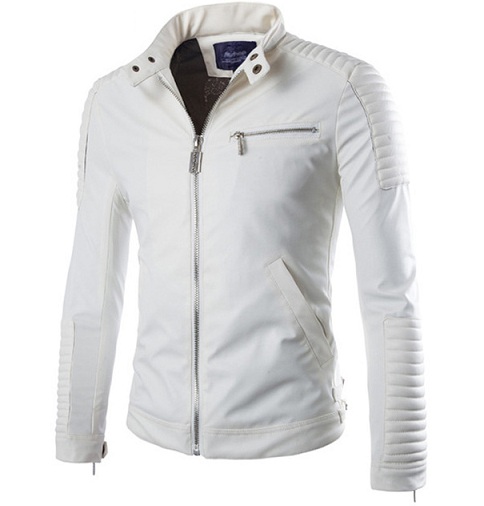 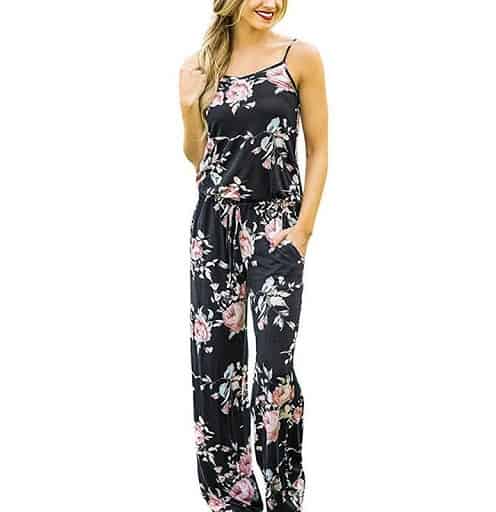 Summer Jumpsuits – These Latest Designs To Elevate Your Style 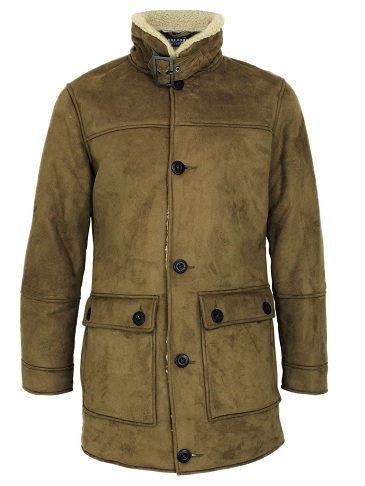 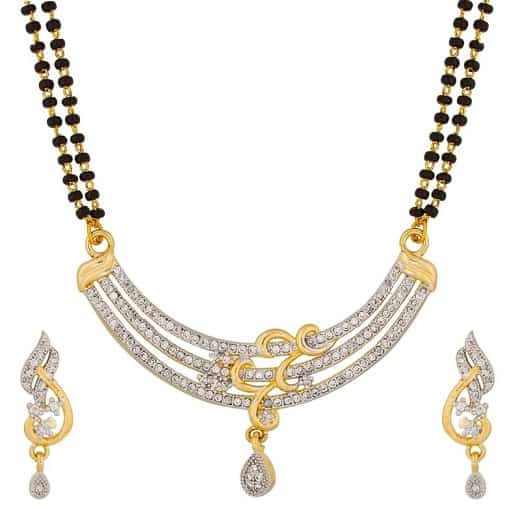 Mangalsutra Sets – Try These New-Age Designs in This Wedding Season!