Son Doong meaning “Mountain River cave” in Vietnamese is the largest known cave in the world situated in the Quang Binh province of Vietnam. The cave was formed 2-5 million years ago with the erosion of limestone by river water underneath a mountain. Following an initial discovery of the cave by a local farmer in 1991 while taking refuge from a storm who afterwards could not find his way back there, the cave was later rediscovered with his help and explored by British led Howard Limbert and his team of cavers. The Son Doong Cave runs 5.5 miles long, is 650ft wide and stands tall at 500ft. The Son Doong Cave complete with its own rivers and jungle is a monumental work of nature. 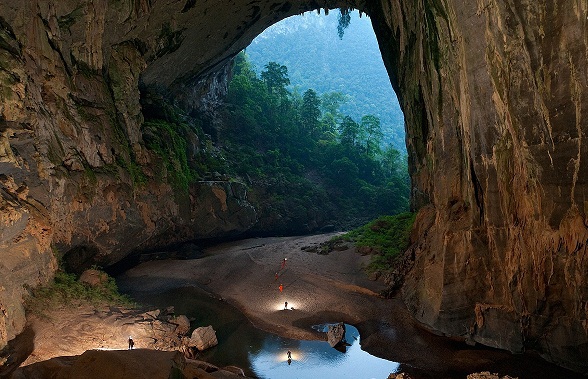 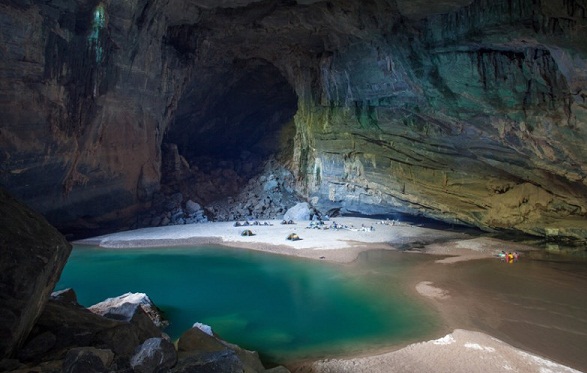 The Son Doong Cave has recently been open to the public for guided tours. Visitors camp inside the entrance of the massive cave during a six-day trip organized by tour company Oxalis. The enormity of the cave can be clearly made out in this picture wherein the campers and appear dwarfed by the mammoth size of the cave. 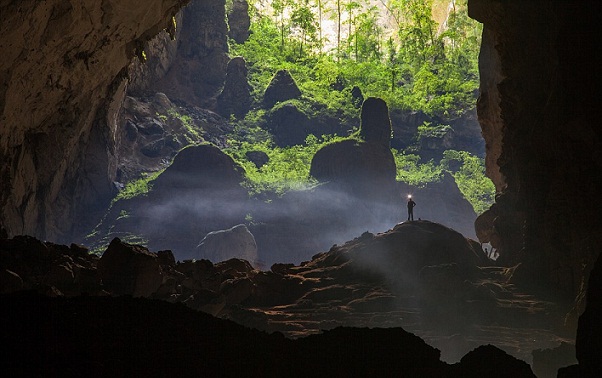 The Son Doong Cave made up of a network of at least 150 individual caves is self sufficient, in that it has its own lake, river, waterfalls and jungle. 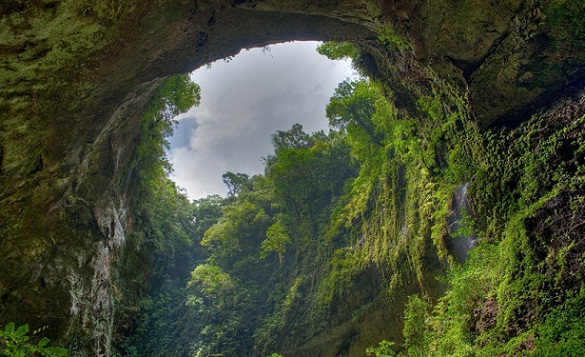 The tour inside Son Doong caat the wonders of this mve involves delving into the recesses of the cave to marvel monstrous cavern, one of them being the Hand of Dog which is a huge stalagmite resembling a dog’s paw. 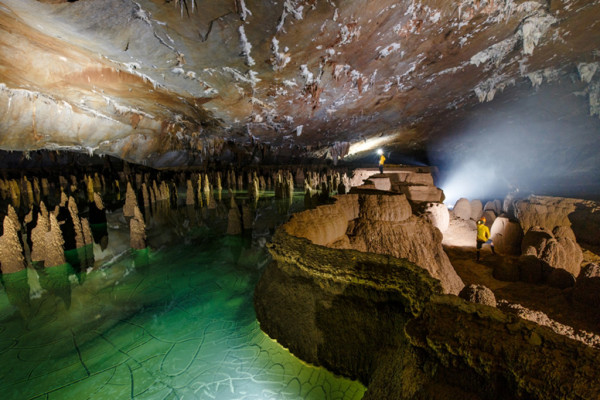 Getting to the Son Doong Cave is no easy feat. It is a challenge as much as it is an adventure in itself. It is a long and arduous journey that takes a day and a half through the dense uninhabited jungle. Upon reaching the cave you have to descend another 260ft on rope before arriving at its entrance. A challenging task for anyone seeking to explore this natural wonder. 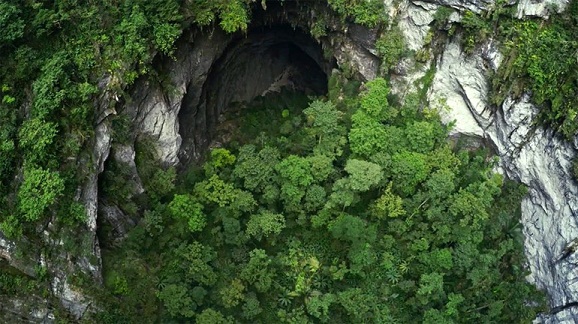 Another wonder to behold inside Son Doong Cave are rare cave pearls the size of baseballs. These incongruous sized pearls are formed over hundreds of years from calcite crystal deposits on grains of sand. The Son Doong cave pearls were discovered by a group who rose up to the challenge of abseiling the 260ft drop to the cave during a touring expedition. 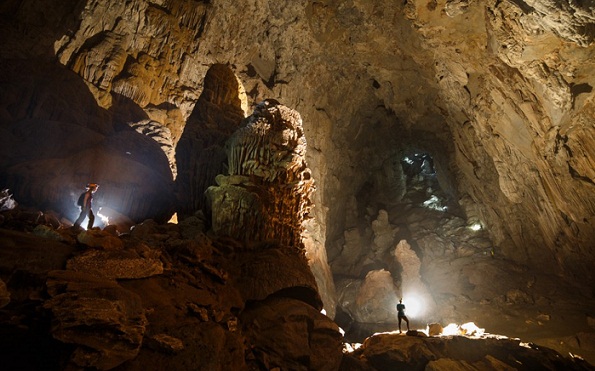 Such is the immense size of this giant cavern that it can easily house entire city streets and skyscrapers. It’s stunning and unique formations have steadily taken shape from the water and limestone that carved it over millions of years ago. There are places in the cave where the roof has collapsed making an impressive skylight and allowing for underground jungle ecosystems to flourish. 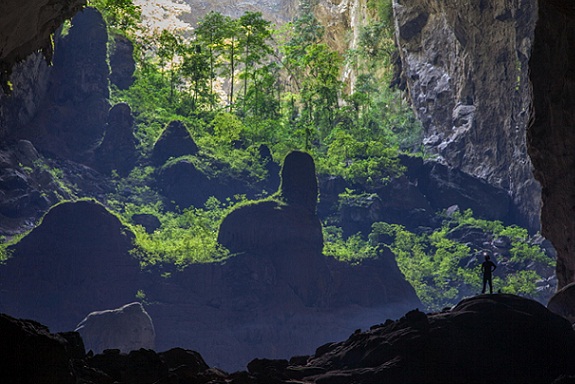 The Son Doong Cave is home to rare species of fauna that cannot be found anywhere else. Ancient fossils can also be found deep inside the cave. The cave is so large that its looming stalactites form their own clouds up above with a river running through them down below. 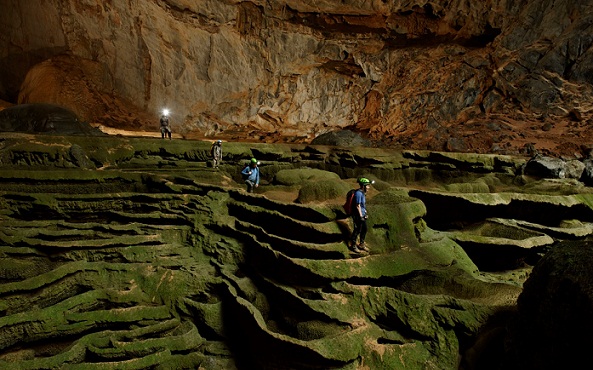 Tourists seen walking along an algae covered landscape. Many have found traversing the great Son Doong Cave an ordeal but the thrill at the end of it is nothing like it. The Vietnamese Government eventually opened the cave for the world to see after it was completely and satisfactorily explored. A tour to this great wonder doesn’t come cheap. It will cost you a USD $3000 and a treacherous trek through dense jungle.