In today’s pollution, common skin conditions you can find in many people irrespective of their age & gender is acne and infections. To avoid these, you can take preventive measures like face masks, face packs, etc. Acne occurs when your sebum gland secrets more oil than required, clogging your facial pores and triggering infection causing acne or pimples.

The most commonly used ingredient is Cinnamon for face related problems. Cinnamon has many essential properties. It is antibacterial, anti-microbial and anti-inflammatory in nature. Thus, it helps in reducing the swelling, irritation and redness of your acne and infections.

How Use Make Cinnamon Face Mask:

The following are Top 3 list of cinnamon mask for face, 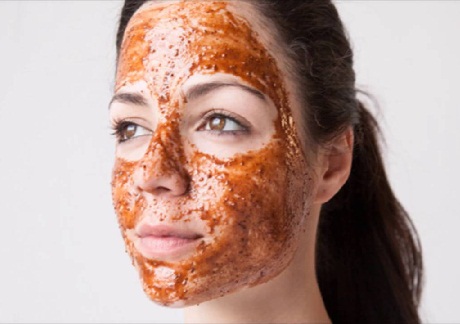 Method to Prepare: Take a mixing bowl. Put One teaspoon of Powdered Cinnamon in it followed by One Tablespoon Honey. Now mix them together and avoid lumps.

Method to Apply: Take a Cotton Swab. Gently dip it in the above mixture and apply only on acne affected areas. Leave this mask on your face for about 15-20 minuets. After that, wash the mask off your face with warm water and gently pat your face dry with soft towel.

Frequency of Application: You must apply this mask at least 2 to 3 times a week for two weeks in a row for apparent benefits.

Why This Works: This Face mask is instrumental in treating your acne and infection problems as cinnamon has antimicrobial and anti-inflammatory properties while honey has a moisturizing ability.

Caution: You must test whether you are allergic to Cinnamon before applying this mask, by applying it for 10 minutes & then washing off. After that, observe its post effects in 24 hours. If you feel itchiness or irritation, then don’t use this mask.

Benefits: This mask has honey and cinnamon which together eliminate your acne and blackheads. While honey also helps in moisturizing your skin and removing scars and dark spots.

A Honey Lemon and Cinnamon Face Mask consist of lemon juice along with cinnamon and honey. As mentioned above, Honey and Cinnamon have antimicrobial properties to fight micro-bacterial infection. While lemon juice has natural bleaching ability, it also reduces dark spots and scars like honey.

Method to Apply: Take a cotton swab and dip it in the mixture. Now gently apply it on acne and infected areas. This might tinge or burn a little due to its anti-infection action. Leave this cinnamon face pack for about 15 minutes. After that wash it off with lukewarm water and pat your face dry with soft towel.

Frequency of Application: Apply 2 or 3 times a week for 2 weeks for best results.

Why this Works : This mask mainly works due to the combined action of antimicrobial cinnamon, moisturizing honey and bleaching agent lemon juice.

Caution: Lemon and Cinnamon can have burning effects if you have a sensitive skin. So give a test trial to both the ingredients separately 24 hours prior to application. 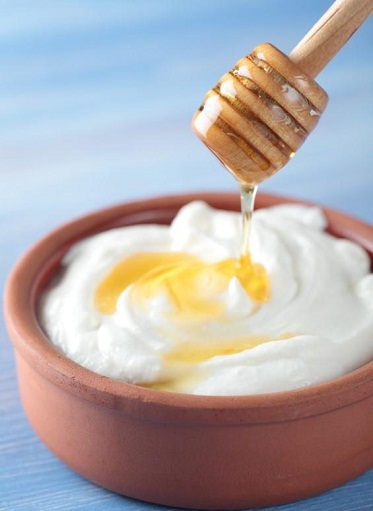 Method to Prepare: Take the one-fourth cup of yoghurt in a mixing bowl. Now add one teaspoon cinnamon powder or oil and mix it. Now lastly add one tablespoon honey and mix it well.

Method to Apply: Like the above mentioned masks, you have to apply this mixture only on infected areas with a cotton swab and leave it for 10-15 minutes. After that, you have to wash it off with warm water while massaging your face in circular motions for exfoliated effect. Lastly pat your face dry with a soft towel.

Frequency of Application: Apply this pack for 3 days a week and a total 14 days in all for best results.

Why This Works: Along with the antibacterial Cinnamon and honey, Yoghurt has exfoliating lactic acid to remove your dead skin and scars.

Caution: You only need to give a test trial for Cinnamon allergy 24 hours prior to actually applying the pack.

Benefits: These cinnamon face mask benefits include permanent treatment for acne, removal of dead skin, dark spots and blackheads and also smoothening of your skin due to the combined action of honey, cinnamon and yoghurt.

Thus, you must have observed that Cinnamon is one of the best ingredients to treat your facial skin problems and therefore you must use it in your face packs and face masks. For maximum benefits like acne treatment, scar removal, etc. you must use it in a face mask with honey, lemon, yoghurt, etc.