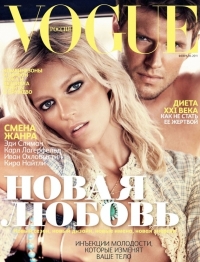 Newly engaged Anja Rubik and Sasha Knezevic look incredibly sexy in the February issue of Vogue Russia appearing in this extremely hot editorial, a road trip in the desert, driving a vintage Cadillac.

The editorial photographed by Alexi Lubomirski and styled by Katerina Mukhina has the title “Road to California” and manages to cover numerous trends of the spring/summer 2020 season from Miu Miu, Fendi, Gucci, and Dolce&Gabbana.

Supermodel Anja Rubik and her longtime boyfriend fellow model Sasha Knezevic modeled together on different occasions and it seems that they want to spend their lives together since they got engaged just before Christmas. 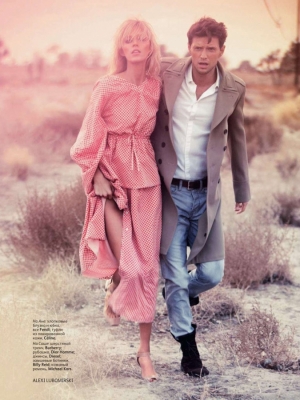 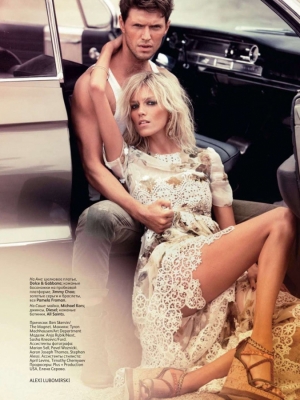 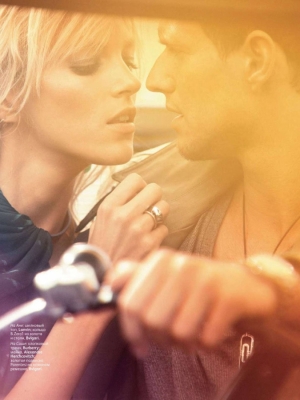 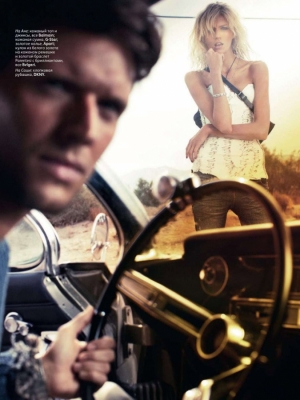 The couple hopes to do the wedding in May or June after Sasha proposed Anja while in Vienna. She told Frockwriter how Sasha proposed her in the middle of the night after carrying the ring around for a while. “We were spending Christmas in Vienna this year because Sasha grew up in Vienna, and his family is there, and my family was coming over. And just two days before he came over, we went to “Dance of the Vampires”, the one that Roman Polanski directed. It’s an opera. I wanted to see it for such a long time, and Sasha organized the tickets, so it was really nice for Christmas. And then we went out, and we walked around, it was really foggy the whole night, and then he finally proposed, which was funny . . . It was pretty incredible. In the middle of the street. In the middle of the night.” 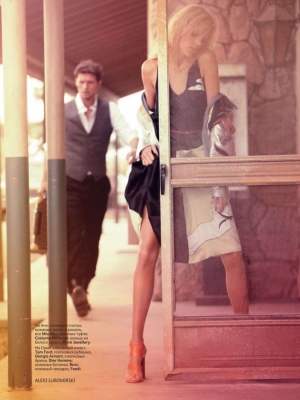 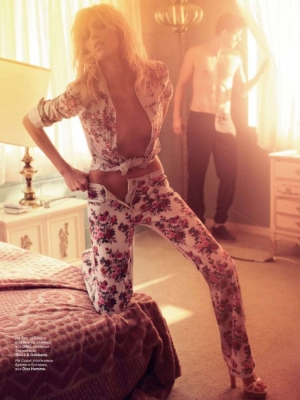 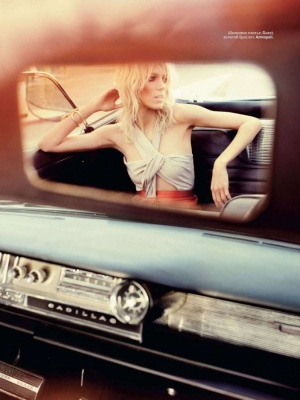 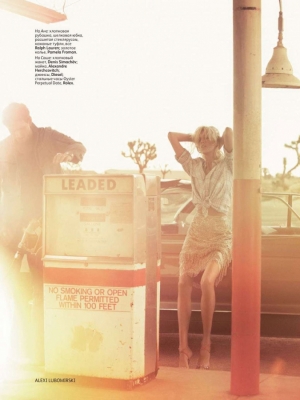