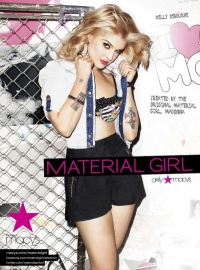 “Kelly represents a true Material Girl. She is edgy, cool and has a unique sense of style that Lola and I love,” Madonna said in a press release. Besides, the company’s representative added that “We’ve had a long time crush on Kelly and featured her as one of our ‘cool peeps’ over the summer. We are so thrilled.” 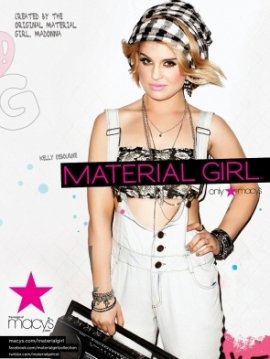 As we were highly waiting for the ad campaign, Macy’s Material Girl has finally revealed the pictures featuring the new spokesmodel of the line. 26-year-old Kelly Osbourne looks gorgeous and more confident than ever flaunting a cute figure and sporting iconic items from the Material Girl spring/summer 2020 collection.

Kelly admitted that she’s quite shocked by the fact of becoming the new Material Girl. “I’m still waiting for someone to pinch me and wake me up. I can’t believe that I’m actually doing this and working with Madonna and Lola. What I like about it is that it’s a brand for every woman, not just for young girls. They take high fashion and make it affordable and they don’t cut corners. And it’s so my style,” she says.

The ad campaign was photographed by Brooke Nipar in New York City’s East Village, but also at BathHouse Studios in New York City, with chains link fences and graffiti, taking us back to Madonna’s roots. 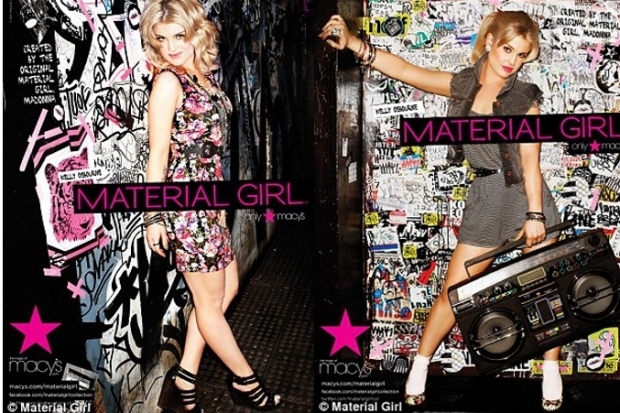 “I take so much of my style from Madonna in the ’80s and I really admire how Lola dresses and that she stays true to herself. It’s such an honor to be a part of this campaign and it was an amazing experience to work with Madonna and Lola. Material Girl is incredible because it’s high fashion but it is accessible to everyone at Macy’s,” Kelly said.

Moreover, speaking about the collection, Kelly Osbourne told “People Magazine” that “there’s so much stuff in it that’s so me and what I wear. There’s a leopard dress that I get to wear next that I’m excited about. I love prints.” She also revealed the fact that the clothes in the Material Girl line are high fashion, yet still at an affordable price.

As for the multimedia campaign, we are expecting to see the first images in the April issues of various fashion and lifestyle magazines such as Teen Vogue, Cosmopolitan and Seventeen, in-stores, outdoor, but also at macys.com