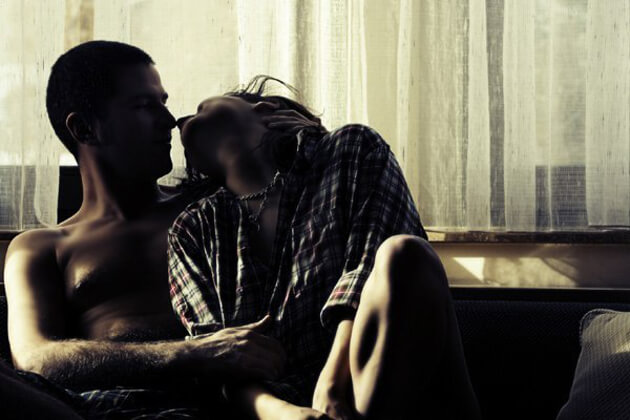 10 Habits That Hurt Your Relationship

Everyone knows that lying all the time or constantly comparing your guy to other men can have a negative impact on your relationship, but there are plenty of other habits that are considered more harmless, yet they can be just as toxic.

Check out some of the worst habits that hurt your relationship. They might not have a huge effect in the short run, but if you don’t shake them, these habits can end up chipping at the foundation of your relationship and lead to its end.

1. Always Trying to Improve Him

Giving positive feedback and pushing each other to be better people is very important in every relationship, but there’s a line that you shouldn’t cross. By always being focused on changing and improving him, you’re sending the message that he was never good enough for you without the extra work. Sooner or later, this will create big problems in your relationship.

2. Taking Him for Granted

One of the worst habits that hurt your relationship is taking him, and his small gestures of love and affection for granted. By not thanking him when he’s doing something you appreciate, you’re turning those things into the norm, and they can become expectations. Make sure that you tell him and show him how much you appreciate him on a regular basis.

3. Criticizing His Family and Friends Constantly

You don’t have to like everyone who’s in his life, but you shouldn’t keep telling him how much you dislike them either. If he’s always dealing with criticism aimed at the people he cares about, he’ll become defensive or even hostile. Make an effort to get along with his family and friends, even if they don’t always reciprocate.

See also: How to End a Fight

Nobody likes to be yelled at or humiliated in public. If you keep starting fights with him in front of other people, you’re holding on to one of the habits that hurt your relationship. When it simply can’t wait until it’s just the two of you, make sure that you approach the issue respectfully, with both your words and your tone of voice.

5. Holding a Grudge Against Him

Some conflicts can’t be solved right away, but holding on to grudges can definitely create distance between the two of you. When you maintain a hostile attitude for days and keep bringing up the source of the argument at every chance, you’re not just causing anxiety and stress for him, you’re also influencing yourself negatively.

Leave the tests and the games to teenagers. They’re both among the habits that hurt your relationship. If you keep asking for validation in roundabout ways, he’ll eventually get tired of it. Be honest about your feelings and trust the fact that he feels the same. Playing games won’t bring you closer together, it will eventually push you apart.

7. Spending Every Moment Together

After the honeymoon period, when you just can’t get enough of each other, a little space is needed. The conversation will suffer if neither of you have new experiences to share. It’s great that you enjoy a lot of things together, but you should always take some time to do things individually as well. Being part of a loving and happy couple doesn’t mean that you’re no longer your own person.

8. Giving Him the Silent Treatment

Shutting off communication for too long is definitely one of the habits that hurt your relationship. Express your frustration, and maybe take some time to cool off, but don’t turn it into an ongoing habit where you just shut down and ignore him. You’ll both feel miserable when the silent treatment is in play.

A little jealousy can feel anyone feel appreciated, but too much of it gets toxic. If you find yourself going through his phone, there’s a trust issue. Since trust is such a huge part of the foundation of any happy relationship, losing it can be very harmful. Spying is one of the relationship habits to break.

Compromise is key for a good relationship, but backing off every single time and letting him have his way is not the way to go. Avoiding conflict at all costs is one of the habits that hurt your relationship, and it’s definitely not healthy for either of you in the long run.