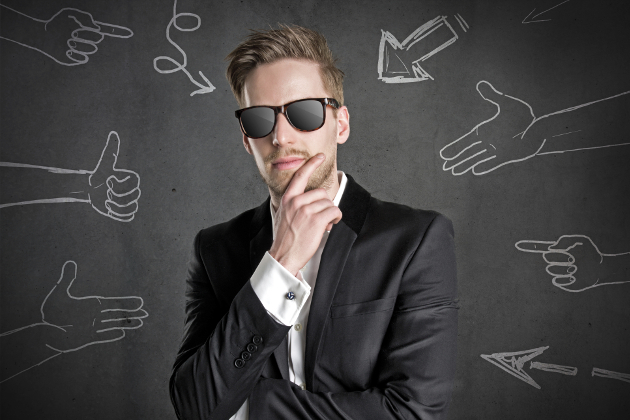 When you’re dating a narcissist, you’ll never come first. His ego will always get in the way and you’ll be lucky to come second. Since they’re very charismatic, narcissist can seem like the perfect guy at first, before you start peeling the layers and discovering the ugly truth.

Find out how to recognize a narcissist, so you won’t waste your time with a guy who doesn’t have the emotional maturity for a healthy relationship. Here are the biggest signs that can help you see that he’s not really that great.

He Makes a Great First Impression

If you’re dating a narcissist, the first date will always be the best. He can use his charisma to make a great first impression, but it usually doesn’t last. Unlike a sociopath, he won’t go out of his way to meet your every need, so he can come off as balanced and personable. However, it won’t be long before the mask starts to crack.

A lot of guys are self-involved, but one of the best ways to recognize a narcissist is to notice if he always turns the conversation towards him. Name-dropping is also a big sign, since he’ll make sure that you’re impressed with how great he is. If he doesn’t get your full attention, he’ll lose interest in the conversation pretty quickly.

He’s Very Much Into His Appearance

Good grooming is a must for any guy who’s hoping to land a second date, but narcissists are very preoccupied with their appearance. If everything about his look is too much, then you might be dealing with a very self-involved guy. Since he’s so much into himself, there won’t be a lot of room for you in his list of priorities.

He Keeps Fishing for Compliments

One of the biggest warning signs when you’re figuring out how to recognize a narcissist is the fact that he will be focused on getting good feedback from you. When he keeps trying to bring the conversation around to himself, he’ll also fish for compliments. He’s willing to offer one or two if that’s what it takes, but once you make him one, he’ll focus on that.

While he loves compliments, he’s not good with criticism. If you ask him a question with an answer that won’t portray him in a positive way, he’ll either change the subject or outright lie in order to make himself look better. If he starts doing this early on, it will become a bigger and bigger issue as the relationship progresses, so you’re better off just ending it quickly.

He Doesn’t Show Much Empathy

While he’s charming at first, one of the easiest way to recognize a narcissist is based on the fact that he’s a poor listener. He’ll struggle with remembering things about you that don’t directly impact him, and he might also show very little empathy when it comes the feelings of most people.

He Projects His Flaws

A narcissist won’t accept that he has any flaws, but he will project them on other. For instance, if he’s always late, he’ll blow up if you make him wait. Don’t waste your time trying to confront him on that, since he’ll try to change the subject or find blame to assign on anyone and everything but himself.

Since he’s all about himself, a narcissist doesn’t really care about your boundaries. When you’re trying to figure out how to recognize a narcissist, that’s a major warning sign. He’ll only care about what you want if that leads to something he really cares about. Avoid being used and say goodbye when you see multiple red flags.

The same things that make him a narcissist prohibit him from accepting that. You won’t make any progress if you call him out. A guy who doesn’t possess any emotional self-awareness is not suited to be a long time partner, so break things off quickly.

He Won’t Stay Friends with Exes

Being able to stay on friendly terms with exes is a sign of emotional maturity. You can recognize a narcissist by the fact that he leaves a long trail of burned bridges behind. He might also have a long string of bad work experiences. If nobody can stand to be around him too much, then he’s definitely the problem.