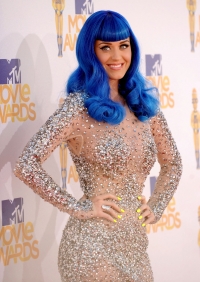 The music stage was always one of the most inspiring fields for fashion designers from the red carpet wear of the stars to stage outfits. Indeed these prominent socialites managed to launch a real craze with their out-of-this-world outfit as well as radiance. Some of them might stick to the classy designs and spotless tailoring others are keen to flash their unique perspective on the essence of style. The chosen ones are some of the latest music fashion icons of our days and are well-known to the public due to their notorious fashion sense as well as memorable entrees on award shows as well as live concerts. Find out who are the most influential members of both world of fashion and music to spot the one that inspires you in the upgrading of your clothes, accessories and wardrobe in general.

The tremendous success of the ‘I Kissed a Girl’ single in 2020 brought into the spotlight this young and rising singer who succeeded in showing that music was not so far away from fashion when it comes of both casual as well as stage outfits. Her style evolution was marked by several memorable appearances on the red carpet where she didn’t fear to show off her unique conception of style as well as unrestricted attitude towards colors and designs.

Due to Katy Perry’s flawless and dream silhouette she managed to revive the Burlesque style promoted also by Dita von Teese as well as the Geek chic look both trends that enjoy huge success and admiration from both designers as well as fans of street style and alternative looks. This fusion of past and present tendencies would make her one of the must-follow and copycat music fashion icons of our era. 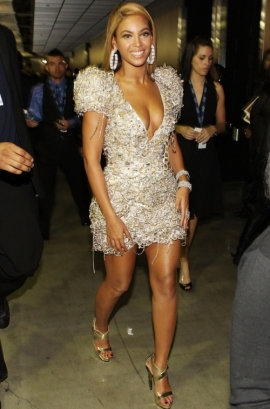 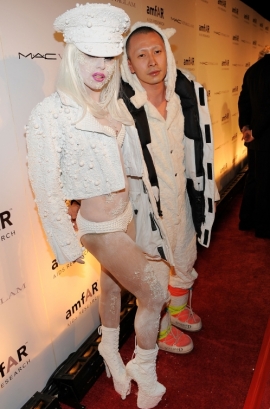 Looking for a style icon that would make you adopt some of the newest fashion trends? Then Beyonce will serve as the best inspiration for you. The young music diva who tops the list of most successful and best earning celebrities in the industry didn’t cease to be ‘Destiny’s child’ when it comes of success but evolved and stepped to the next level when it comes of outfit selection as well as the color palette. Sporting some of the most exquisite designer creations as well as some of the style operas designed by her mom she managed to fulfill the preferences of both glam fans as well as the ones who are fond of class.

Art and fashion fused into a versatile and unique style is what Lady Gaga is the symbol of. From the first appearance on the world stage this young style icon nailed down all the great ready-to-wear as well as haute couture trends from fashion industry. Her stage outfits hardly can be distinguished from the looks she sports in casual reflecting her reluctance to dress down her look with traditional and moth-eaten outfit pieces. Instead she walks like a real statue worth of admiration and stealing some tricks from. 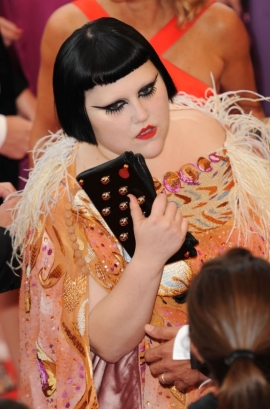 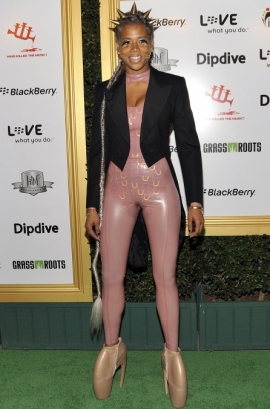 Our life would be really ‘acapella’ without the latest style icon who managed to rise above personal life crises as divorce from Nas and a low-period in the music career, Kelis. The diva indeed managed to launch real controversies when it comes of her explicit and often extremely peek-a-boo stage outfits. However both when it comes of hair style as well as the color selection, footwear and colorful prints she serves as the best example for modern style icons promoting some of the most influential trends of the present as : Ghetto Glam, Rock chick and other alternative style waves.

Piling up the controversies both when it comes of fashion style as well as statements is the real deal for Beth Ditto. Indeed this is the one thing we love her for, the red carpet appearances radiating class in a less down-ti-earth manner as well as the stage performances all serve as a parade of style ideas worth considering and stealing. The Gossip lead singer as well as amateur nude model for the LOVE magazine and also an aspiring fashion designer, Beth Ditto made curves more attractive and overwhelming than ever. Body-consciousness and sexuality are some of the buzzwords when it comes of her looks. 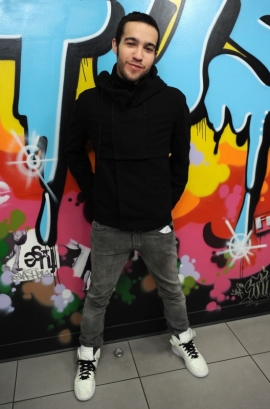 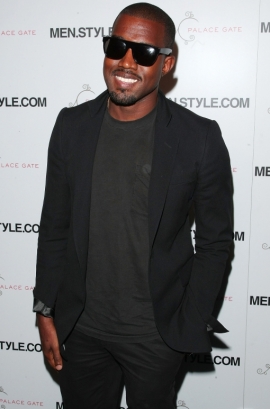 Let’s not forget about the guys who also earn their respected merits when it comes of their unique fashion style. Indeed mentioning them in the same column might seem offending still it emphasizes their greatness and equality when it comes of landmarks in men’s fashion trends. Indeed Kanye West as one of the r’n’b and futuristic wave representatives managed to evolve both when it comes of music style as well as fashion sense. His outfits sharing the same fondness with Pete Wentz for Geek chic would be some of the most inspiring looks to master the old time trend and offer a mod version of these tendencies.

Pete Wentz also managed to stand out from the crowd both as the member of the uber-successful Fall Out Boy as well as the hubbie of the enchanting Ashlee Simpson. Indeed as an artistic spirit he decided to follow his own way when it comes of choosing the best outfits for stage appearances as well as other special events and casual outings which rewarded him with the title of the latest music fashion icon of our times.