20 Common Causes and Symptoms of Leprosy

Also popularly known as the Hansen’s disease, leprosy is a chronic medical condition caused by a bacterial invasion which at times leaves a deadly consequence. The prime character of this disease is the mycobacterium leprae, who is the sole bacteria responsible for leprosy. 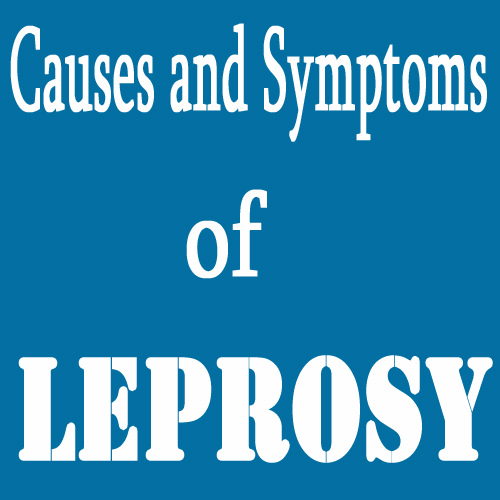 This is one disease that has been around for decades now and is recognized as one of the oldest disease. In 1873, G.A Hansen of Norway first bought these bacteria to fame as he discovered a pathogen that launches itself on the hosts’ body and derives its necessities off the host. However he also noted that these bacteria are slow growing in nature and more slow in reproducing.

Leprosy which is chronic in nature is mainly related with the skin and the nervous system. It would first cause physical damage to the skin which was mild and subtle in nature such as in the form of patches which never created any discomfort. As a result it was ignored until nervous breakdown followed. Back in those days, a proper cure for leprosy was not possible due to minimum knowledge and backing.

Today of course there are medications and pills to curb the ongoing process. However leprosy is somewhat contagious even though it is not catchy like cold or fever. In fact, doctors say this is quite a rare case which keeps on getting rare as the days flow by.

There are three different ways one can detect leprosy and its types. WHO, world health organization classified leprosy based on the area of skin affected or damage done. Like, the tuberculoid leprosy is a mild form of leprosy where not much of the derma layers are damaged. It is usually a few sores on the skin and that is the end of it. The lepromatous leprosy is the affects the skin bad with cases of nodule like lumps forming on the skin.

Then there is the multibacillary leprosy that causes more than five nodules with evidence of bacteria in it. The paucibacillary leprosy does not contain more than one or two nodules and is usually bacteria free. The third method has six different distinctions based on the severity of the condition. They can be classified as intermediate leprosy that comes and heals on its own, borderline lepromatous leprosy, borderline tuberculoid leprosy and so on.

This article will guide you about what are the  main causes and symptoms of leprosy, which will help you to aware of it.

Below is enlisted some of the causes and reasons why Leprosy occurs:

Doctors as of now have still been confused about the whereabouts of the source of leprosy. Earlier it used to be one of the most rampant diseases of serious nature. But now with time, it has healed on itself and now it is quite a rare case. But the main reason for the cause remains with the bacteria, the mycobacterium leprae or M.leprae in short. Apart from humans, a certain set of animals have been recognized as a source of this bacteria, the armadillo to be specific. The presence of this rod shaped bacteria is fully blamed for the arrival of leprosy.

On a survey once conducted it was found that a cent percent of the Americans affected by leprosy has in their past lived in a surrounding harboring leprosy patients. This must be why the patients back in the days faced a huge problem of segregation. People on those days were prude and judgmental causing leprosy patients to suffer more.

Leprosy is known to be transmitted through contact such as nasal drops as in drops from the nose or mouth, such as sharing ones plate or food, or if someone sneezes onto you. However the doctors themselves are not quite sure as to what causes or which path it takes.

Scientists and doctors have agreed upon the fact that the bacteria M.leprae is present in most of our bodies in fragment amounts. It is the body’s inability to cooperate with the bacteria that causes the leprosy to form.

4. Droplets of Nose and Mouth:

According to many experts, leprosy is said to transmitted through the droplets of nose and mouth. This is one of the most important and to be remembered causes of leprosy. Closed prolonged contacts might the reason behind the occurrence of this diseases. This bacteria spreads at a rapid rate and makes the body weak from the inside. If not cured at the right time and with the right techniques, it can damage your body at a massive rate and make you weak from the core. According to many reports, Leprosy is one of the most widest spreading diseases right now.

One who has a weak body can get affected with this harmful bacteria. One of the most common causes of leprosy is a weak physical condition. If you have a bad nerve condition then you have high chance of getting affected with the symptoms of leprosy. It happens in both men and women and sometimes in teenagers and children as well. This is one of the most harmful and fast spreading bacterial infections ever and if you should adopt proper measures to save yourself from getting infected with this diseases.

If you have a malfunctioning immunity system , then there is high chance that you might be infected with the leprosy bacteria. The bacteria was first founded or discovered by Gerard Henrik Amrmaur Hansen who was a physician. According to him, if a man or a woman has a weak immunity system then that particular individual has a high chance of going down with leprosy. There is no specific cure for this cause and this can easily infect anyone and anyone might go down with this particular diseases if his or her’s body doesn’t get the proper supply of foods which will build their immunity system.

According to doctors, it has been proved that Leprosy spreads due the mucus of an infected person. This is one of the main leprosy causes. The mucus contains the germs (or virus) and this can spread from person to person. The nature of leprosy is contagious (discussed earlier). Generally, the main bacteria that is responsible for leprosy spreads slowly and this can hamper one’s physical condition to a massive extent. One can easily get sick with the different harmful symptoms of leprosy if they don’t take proper care of themselves. An infected person should also make sure that the disease causing germ doesn’t spread from him into the open air.

Mictobaterium leprae has been discussed earlier in this article but this point provides you with some facts about this bacteria that you should know.

If you’re already suffering from some kind of diseases or infection, then you can be affected with leprosy as well. One will easily get infected with this bacteria if some pre-prevailing diseases has already weakened your physical condition and immunity system.

There are many other causes which are unknown to the doctors for leprosy. Leprosy causes may vary from person to person based on his or her physical condition. There is nothing much you can do about this. One can only wish that he or she doesn’t get attacked and invaded with this harmful bacterial infection. A god physical condition (internally) can save you from the invasion.

Some of the common signs and symptoms of leprosy are enlisted below:

Often the first signs of leprosy include skin patches, certain white subtle patches on the skin that even though is itch free and pain less disfigures the skin. At such a time the skin usually becomes dry and flaky and often at times start to peel off if scratched.

One of the main places that leprosy hits you is your peripheral nerves. Leprosy is a chronic disease that keeps itself on the down low for a greater time with small hints here and there that go unnoticeable, for instance the skin patches. When the severity increases, the nerves start getting affected. This may if ignored for long even lead to numbness of senses in certain parts.

It is often said that your nose might be a transmitter of this disease from one body to another as the bacteria leaves one body to host itself onto another. These parasitic bacteria often affect the nose in the form of nose bleeds. One might experience mild loss of blood through nose along with heaviness and running nose.

With the disease expanding there are often ulcerous conditions that have been noticed that causes the ulcers underneath the soles of the feet. This if ignored might cause such a bad reaction that feet amputation becomes the sole solution.

While patches are just a small effect of leprosy, the main distortion in skin is caused by the arrival of nodule like lumps and boils that disfigures the skin along with numbing sensations so bad that it might becomes paralyzed.

Often at times we may not know but our optic nerves in the eye are getting affected too. This if prolonged might even lead to lose of vision.

One of the most common symptoms of leprosy is muscle weakness and random fatigue feeling. This is common in old people and even in mature men and women as well. If you’re infected with this harmful bacteria, then it is pretty common that you will be experiencing the muscle symptom. Even teenagers suffering from leprosy are familiar with this particular symptom. This is often accompanied with excessive pains in the arms muscles and loosing the feeling of sensation in the muscles. People with this particular symptom of leprosy have to go through a hard time throughout the phase of the disease.

Among all the leprosy symptoms this one is the most known ones. This particular symptom is sighted in people throughout the world and happens to people of all ages irrespective of the fact whether they are male or female. According to doctors, due to this typical symptom one can easily figure out whether that person is going through the harmful stage of being infected with the leprosy bacteria. The peripheral nerve involvement is the prime culprit in this case. The condition can be extremely sever, since if the the symptom is not fixed then it might lead to permanent loss of sensation of the nerves.

Eye pain is not the end. There are a number of other leprosy symptoms associated with the eyes. According to a proper study done on many leprosy cases, it has been analyzed that loss of ye brows and eyelashes are pretty common during the leprosy infection. One can easily loose vision (temporarily) due to leprosy and sadly this is one of the most seen symptoms of leprosy. Both men and women suffer from this symptom and this can ruin their look as well. Since with damaged skin if there is loss of eye brows and eyelashes, then one will look ugly for real.

10. Thickening Of The Skin:

Along with skin patches, there is thickening of the skin which is a pretty popular leprosy symptom. The skin becomes really thick while one is suffering from leprosy. The thickening of the skin is often associated with severe skin diseases along with many additional skin and body aches as well. This symptom is one of the worst leprosy symptoms ever.

In this article there are some of the best symptoms and causes of leprosy which have been proved to be absolutely accurate. These are the most sighted ones and this list has been arranged based on the vivid study exercised on the causes and signs of leprosy.