Being pregnant must have already have you and your partner worrying and researching and trying to know more things to be safe and sure and what not. Along with all this, ever wondered what needs to be done if you fall sick during your pregnancy? Be it an infection or the common cold, do you know what are the drugs you can take and which you cannot? While falling sick can be scary, you do not want to take any step which might lead to hampering your baby’s growth. Most parents are generally worried if the drugs they use are safe for the growth of the baby and if it will have a negative effect on the baby. Well, it is time to clear the air now. Most of the medications are best avoided during the first trimester or in the early part of the pregnancy. Keeping that in mind, here’s a look at drugs safe in pregnancy. 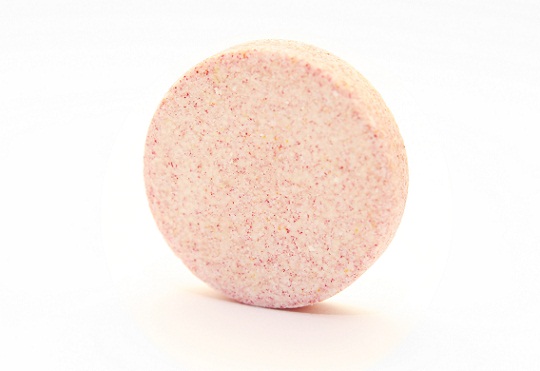 This is one of the safe drugs while pregnant that can be used for contracting pain if you are encountering any. While following the instructions on the bottle of Tylenol would put you in a safe place, you do not want to touch any of the other drugs like Ibuprofen and Naproxen. Drugs like Ibuprofen and Naproxen are what cause the decrease in amniotic fluid levels during the third trimester which leads to lesser cushioning for the baby and in turn puts more pressure on its umbilical cord. Drugs like ‘Advil’ can make certain blood vessels in the baby’s heart shut down prematurely or can give development issues later on during pregnancy.

The increasing levels of progesterone slow down the muscle cells which lead to irregular bowel movements. So, if you are feeling a little constipated, you can pop in some of the stool softeners like Dulcolax, Colace, Citracel, Metamucil, etc. which are some of the few safe drugs during pregnancy. However, this needs to be accompanied with consumption of large amount of fiber in the form of fruits and vegetables and also more amount of drinking water. This is a common drug used in pregnancy.

This over the counter drug is something you might want to try before you ahead and get yourself a prescription for indigestion or heartburn. While the prescription drugs are stronger, you might want to try the Maalox, Mylanta, Tums, etc. which form the list of safe drugs during pregnancy. Your progesterone levels can be blamed again for causing the heartburns. Doctors would generally ask you to eat smaller and frequent meals to counteract the issue.

If you are having a throat infection or a Urinary Tract Infection, you might want to hold on to Penicillin and let go of any other suggestions you might be given. Doctors from all over the world approve of Penicillin to be one of the safest drug use in pregnancy since there has been no history of it causing or leading to any problems related to child birth for the mother and the baby. Although infections call for antibiotics, some families of these antibiotics can be seen affecting the calcification of the baby which lead to the improper tooth formation and hence suggested to avoid the antibiotics.

Forming alternatives to the pills like Diflucan or Fluconzaole are Monistat and Gynelotrimne. While the former set is known to have affected the babies with birth defects, the latter are completely safe when it comes to ‘Yeast Infections’. Although they can be quite common during pregnancy and do not affect the baby’s growth or you directly or indirectly, you may get fed up of the itchiness it causes.

Common cold being too common has most of its safe drugs in pregnancy sold over the counter. While most of these are considered to be harmless and cause no side effects, doctors suggest to concentrate on the symptoms and treat them exclusively. Since there are drugs which treat cold, cough and fever, you would not want to take it if you have just a running nose.

Do consider to get a flu vaccine shot for yourself during your pregnancy. However, if you have been diagnosed with it already, Tamiflu is something the doctors all over the globe approve off to consume to reduce the duration and the signs. Since your immunity is much lower when you are pregnant, you can be drastically affected in case of a flu with a few cases leading to death as well.

If you have a history of depression, asthma, seizures, hypertension, etc. you are very much expected to continue those drugs based on prescription or over the counter based on the medical conditions you are going through to keep yourself healthy. Having seizures or asthma issues while being pregnant is the last thing anyone would want. Know from your doctor what you are allowed to have what you shouldn’t.

Apply a small portion of this on your rash and rub it two to four times a day to get rid of those rashes. Try not picking up any of the other drugs in case of rashes. The last thing you want with all the hassles of pregnancy is itching yourself all over. Hence, to avoid aggravating things more, stick to Caladryl.

However, there are some medicines or drugs contraindicated in pregnancy. Keep a note of them.

However, the foremost rule before taking any of them is ‘consult your doctor’. It is essential that your doctor knows the drugs you take and its dosage to ensure you are on the healthy track.

While you may consider these over the counter drugs, it is also important to note that any prescription that any doctor may write for you needs to be intimated on the fact that you’re pregnant so that he knows what to give and what not to. Now you may be feeling under the weather and to feel better you might go to the usual drugs you use as a reflex, but refrain from doing so. It is better if you trashed all your old drugs and replace them with these handy stuffs. However, when you visit your doctor for the first time you might want to get the medication and drugs during pregnancy aspect clarified and then only start the drug use during pregnancy.