People craft tattoo related to some scripts, their own imagination or about their favourite cartoon or personality. But Beatles tattoo design is not inspired by any one of these. It’s a group of musical band which create mind blowing, inspiring music, because of which they had a huge fan base which started design tattoos inspired by those songs and lyrics. So these tattoo designs were named after them. These tattoos are amazing and something different from other tattoos.

Let’s have a look at top 9 different types of Beatles tattoos designs with pictures which can help to uplift your persona. 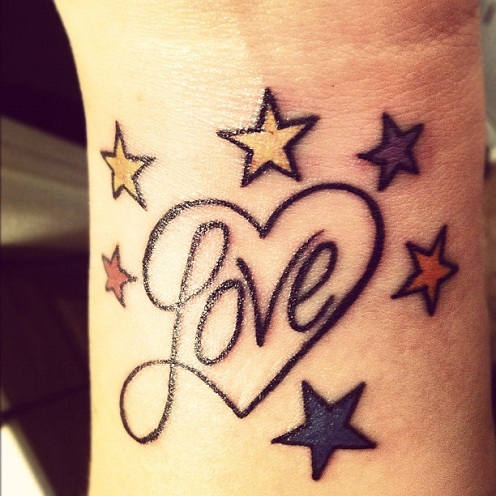 The script is written in a simple way and the cute heart designed with a small star lends an incredible and a dandy appearance to the wearer. Music is said to bring heart closer that what this song is crafted on this tattoo design in a sensational and awesome way.

In this tattoo design the music nodes is designed and the quotes are scripted down with black birds flying, a remarkable way of expression. Black Bird was one of the famous and hit lyrics of this band, and fans were madly loved the lyrics. 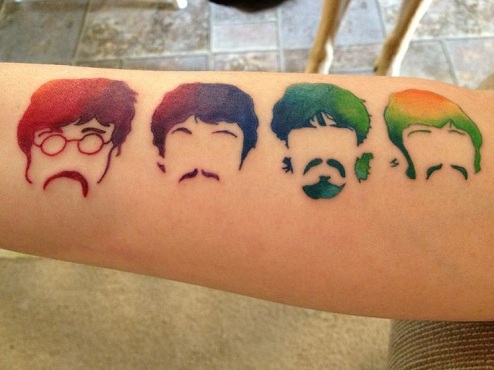 A charming tattoo design where the wearer has outlined the silhouettes in a fantastic way. The band members hairs have been coloured with different colours turning the design appear astounding. 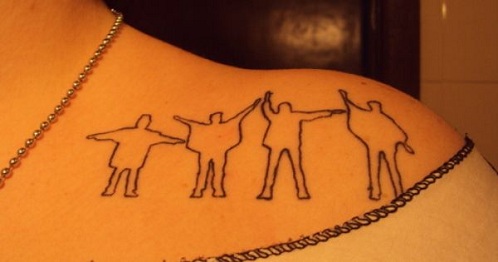 As these tattoos can be designed on any part, shoulders are perfect place as it can be easily visible. In this tattoo single outline of all the four band members is depicted. The design is very simple yet appears very appealing to the eyes. 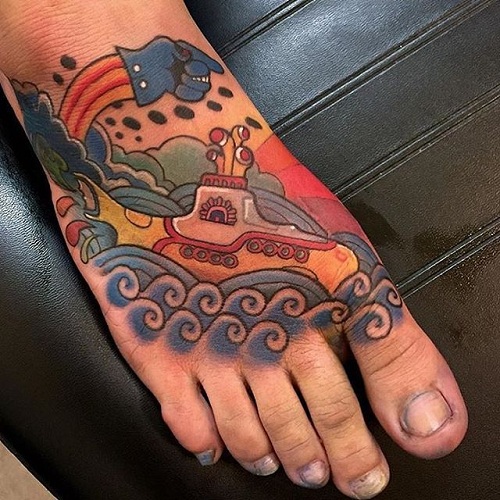 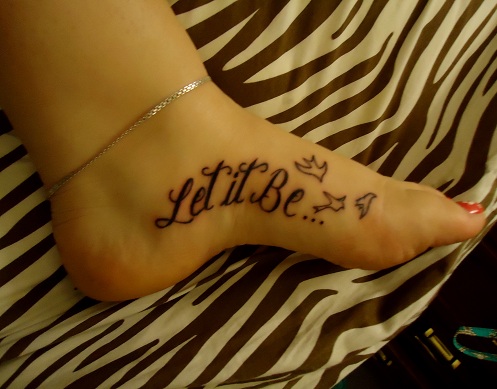 A beautiful and sensational song of this band which drove many people crazy and they have madly fallen in love with the tune. The lyrics “let it be” is designed on the foot with small birds making it appear fabulous. The font used is this tattoo is cursive and looks great and fantastic. 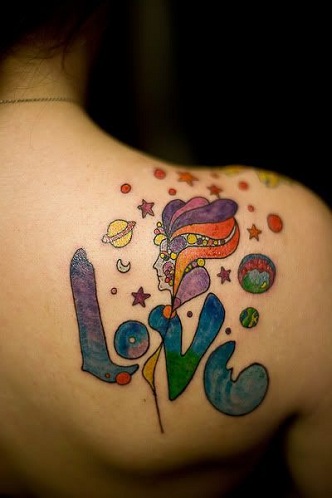 The musical notes and words describes that without love, the life is meaningless. Beside the script small stars, planets and women face is embossed, the letter “LOVE” is tattooed with vibrant colours  and the letters is written in very spectacular and eye catchy way. 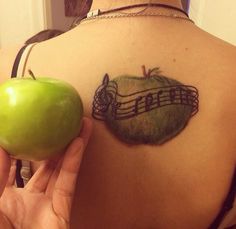 Music is something which has the power to change people’s moods and thinking process. In this image inside the apple the famous lyrics of this band “All you need” is displayed. The tattoo is designed on the back and if worn backless or low backstops it would lend a charming look to the wearer. 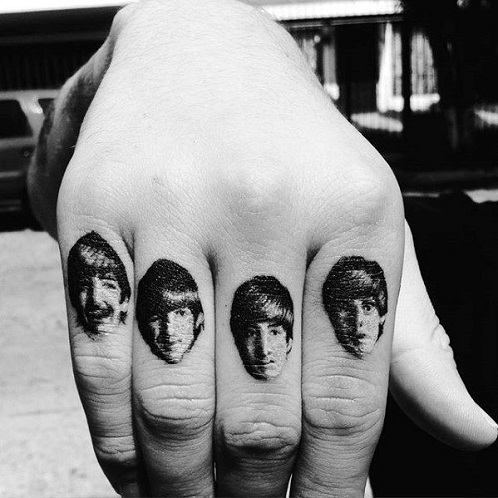 This is now of the innovative way to display your love and affection towards the Beatles band. In this tattoo design the small miniature of the band members’ image is created displaying the world that you are a fan of the Beatles band.

Beatles tattoos are the one which can be designed by anyone irrespective of age and sex. You just need to be a diehard fan of this band and appreciate the music and lyrics composed by them. These tattoos are motivational as well inspiring, so choose the one which is closer to your heart and even cheer thrills you at times.