India is a place where people from different cultures and religions have co-existed since time immemorial. Dynasties have come and gone leaving their presence felt in the many resplendent temples and magnificent monuments that grace the country. As a result India boasts of a rich cultural heritage and promises a memorable experience when it comes to a heritage tour. For those wanting to take such a tour, listed below are the 9 India heritage tours to give you a head start.

Most Popular Heritage Tours in India: 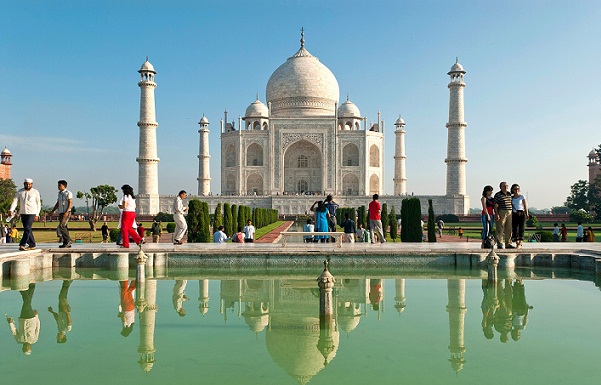 An absolute must see is the Taj Mahal in Agra, Uttar Pradesh. Built in the 17th century by Mughal Emperor Shah Jahan as a memorial to his third wife, Mumtaz Mahal, the Taj Mahal recognized as the jewel of Muslim art in India is not only a heritage site in India but a renowned world heritage site. The sheer grandeur of the white marble mausoleum and the history behind it makes it a universally admired masterpiece. 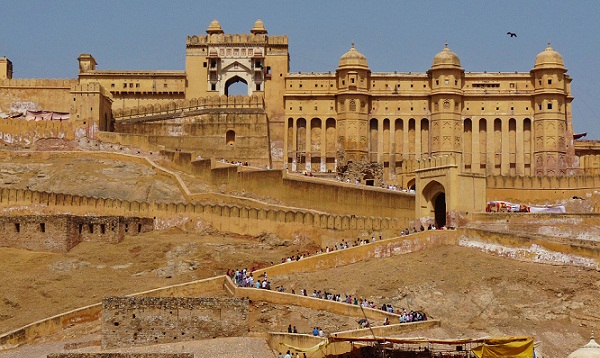 Another place in India rich in its heritage is the royal state of Rajasthan. Its timeless historical forts and palaces combined with the beauty of its art and culture make it one the top tourist destinations in India. The deserts of Rajasthan hold their own appeal with camel safaris that carry you into the wilderness for a rewarding experience. 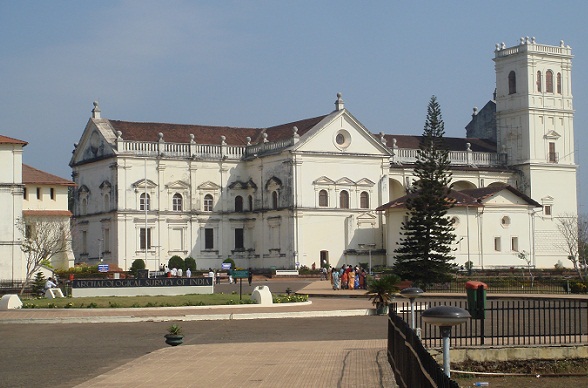 Goa, one of the famous destinations for holiday revellers is not without its rich culture and heritage. Known as “The Rome of the East”, Goa, namely old Goa is marked by churches, cathedrals and chapels built by the Portuguese that stand as a reminder of their former glory. The most famous church in Goa and one of the oldest in the whole of India is The Basilica of Bom Jesus which is revered for containing the relics of St. Francis Xavier, Patron saint of Goa.

It’s a Wild Life in Assam: 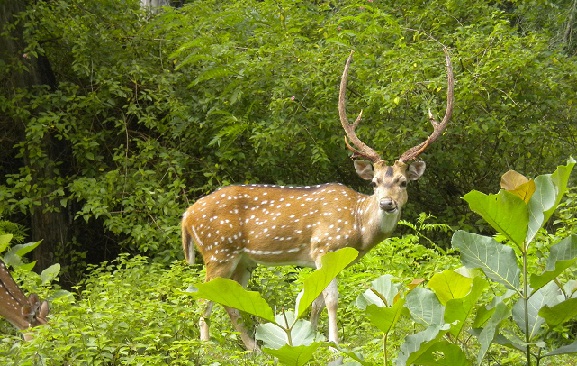 Travel to Assam if you want to get up, close and personal with nature and wildlife. Home to the Kaziranga and Manas National Parks that are both World Heritage sites, these wildlife sanctuaries are the natural habitat of various species of birds and animals, most notably the world famous one-horned Indian rhinoceros that can be found in Kaziranga National Park. 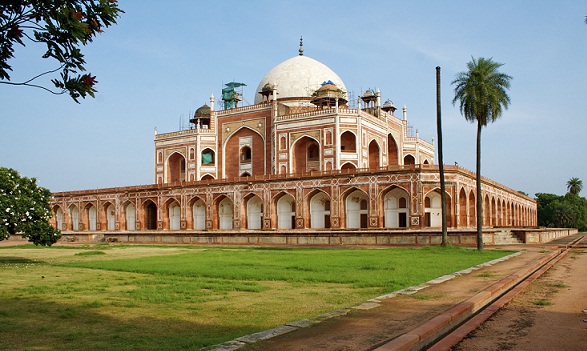 Resounding in its cultural legacy is the capital of India. Delhi is alive with places of historical interest. Humayun’s Tomb built in the 16th century, the red sandstone tower of Qutub Minar from the 13th century and the Red Fort Palace built in the 17th century are living proof of India’s pristine glory, putting them high on the list of heritage sites to visit in India. 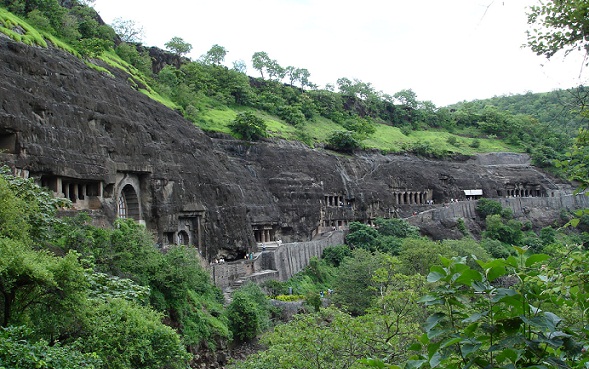 If Delhi is alive with old world monuments then the state of Maharashtra is littered with ancient caves as old as the 1st century BC. From the famous Ajanta and Ellora caves to the finest Kanheri and Elephanta caves, these caves showcase exquisitely carved sculptures prevalent to the Hindu, Buddhism and Jain religion and culture. The caves are a glorious depiction of a rich historical past. 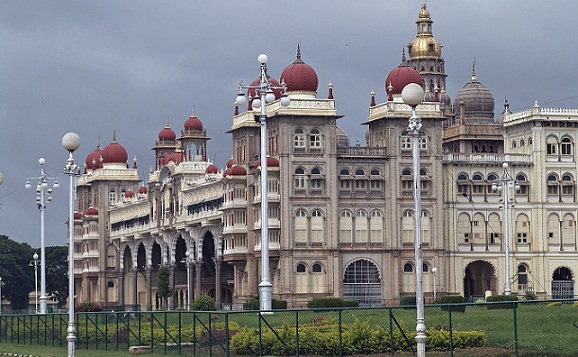 In the heart of Karnataka lies the city of Mysore studded with grand palaces and gardens that skirt its boundaries. The city has seen the rule of many Dynaties, most famously that of Tipu Sultan, who have left their mark for the world to see and admire. The City of Palaces as it is known is adorned with several palaces built by various Emperors but the most remarkable of all is the Mysore Palace. Contained within the Palace are several temples and the public halls of Diwan-e-Aam and Diwan-e-Khaas. Most noteworthy is the architecture of the palace that is a mixture of Oriental, Dravidian and Roman influence. The Palace with its illuminated veneer at night is definitely the crowning glory of Mysore. 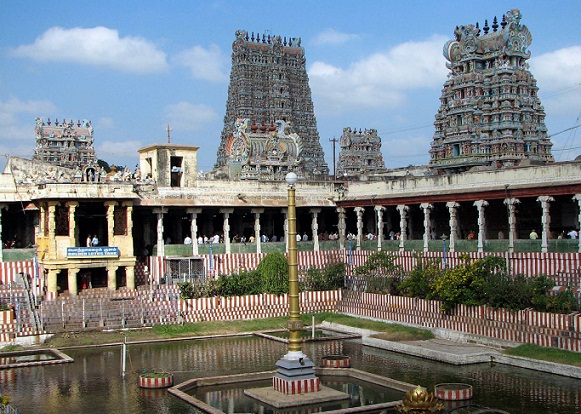 Tamil Nadu enjoys a rich cultural history dating back more than 4,000 years and this legacy is manifested through its myriad of temples and animated dance form and fine arts. The state alone comprises 34000 Hindu temples which are several centuries old. The Sri Meenakshi Temple situated in the temple city of Madurai is the largest temple in all of India. Its façade seen below is sculpted with colourful figurines of different gods. The temple is estimated to have 33,000 sculptures in all and is the only one of its kind where the goddess is held in higher esteem than the god.

Group of Monuments at Hampi: 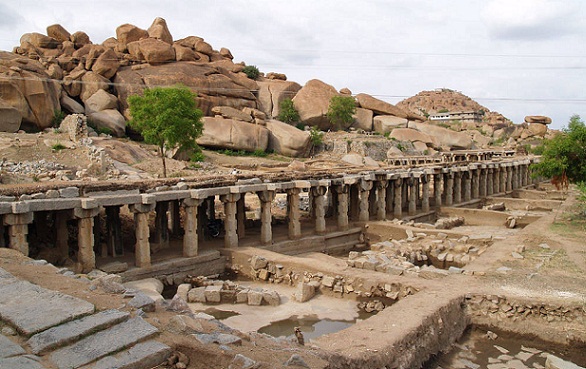 The site of Hampi in the state of Karnataka is ablaze with ornately sculptured monuments that are the remnants of Vijayanagara, the former capital of the Vijayanagara Empire from 1336 to 1565. The Group of Monuments at Hampi comprising over 1600 surviving remains of forts, temples, shrines, war structures, pillared halls and the likes is a pronouncement of the last great Hindu Kingdom in South India. 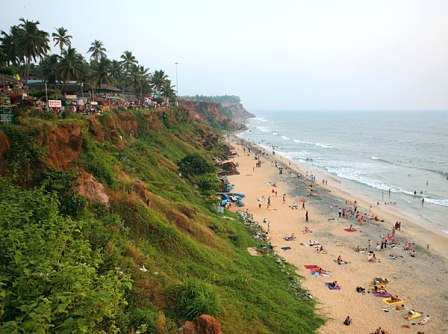 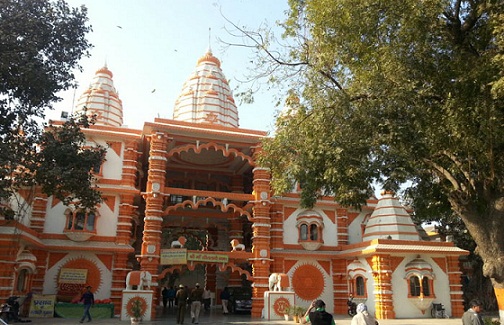 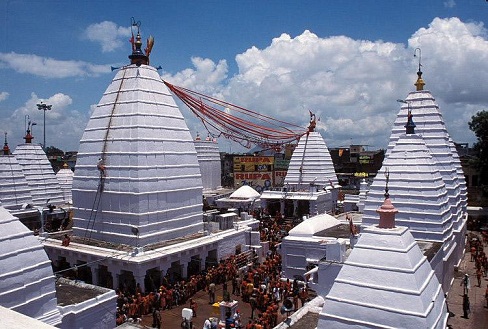 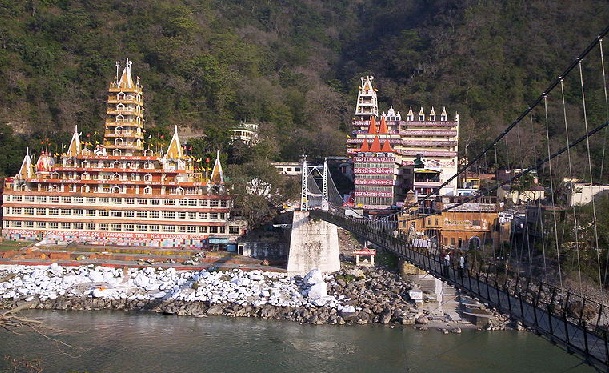