The world today believes in global agglomeration. The word globalization has been glued beside modernization, right in between urbanization. Now these big words have ended up in us mixing in cultures to become one but then again, the traditional feels to one’s own culture can never change. Even though styles changed, the traits followed.  Greece was a land of grace and it was Greece that first started the world theater with its explicit costume and mythology. However, it is still a wonder today to see Greek hairstyles being sported as a trend and if you wish to follow in their steps, take a simple cue from here. 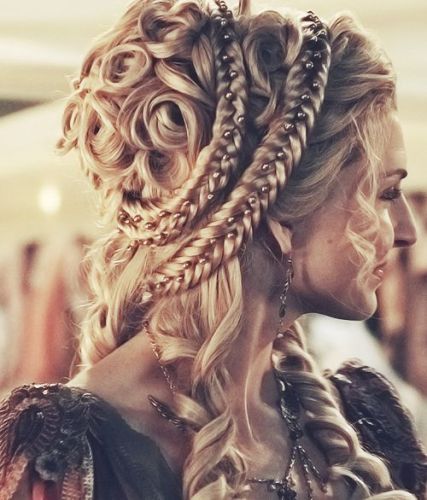 Greeks were known for their beauty and grace and this hairdo completely justifies the fact. Greek hairstyles have always been complex to begin with and this one does take the crown for them all. To recreate this look you may take help from hair extensions. Use beaded braids and a solemn bun at the back and pair it with loose curls at the back.

The hot summers can be a bit of a bummer and at this time, this everyday Greek look would simply do no justice to your already graceful summer dress. Start by braiding your hair from the top. Prior to this section your hair from the mid. Go all the way down and then simply wrap it around your head. Fan the braid out properly to add volume to the look. 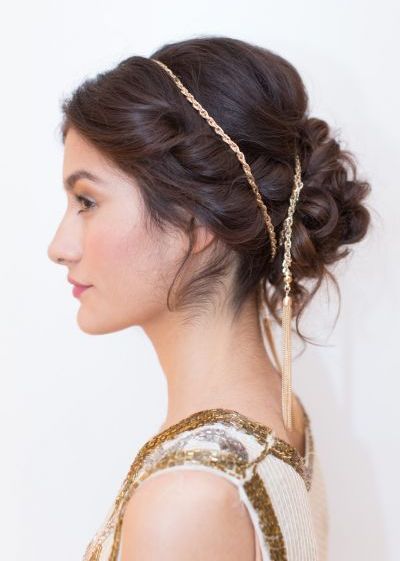 Adding an accessory to this Greek ensemble will surely spice up the look but what grabs our attraction is the beautiful twists on the side that lead all the way up to the back where the head ends up in a beautiful curled up bun. This is a low bun but not hanging which is why use of booby pins to keep the bun in place is important. Don’t strive for perfection; let it be a little messy. 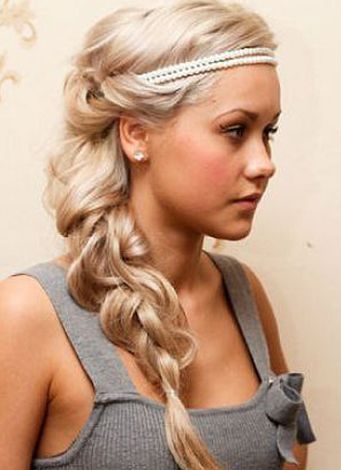 Usage of head band was a common scene in many Greek hairdos and here we incorporate one such hairstyle. This is an eight strand heavy braid which can be achieved by using hair extensions. The use of hair extensions will add volume to the braid. Even if you can’t do a eight strand braid opt for a braid which can be fanned out to add heavy volume, secure the end tightly.

A lot many times people can’t differentiate between a beach wave curl and proper curls. While the proper curls are much more intense the beach waves gives the feeling of a wet hair about to be dried and this can be used for your advantage. pair it with a front twist and use a head band instead of a crown. 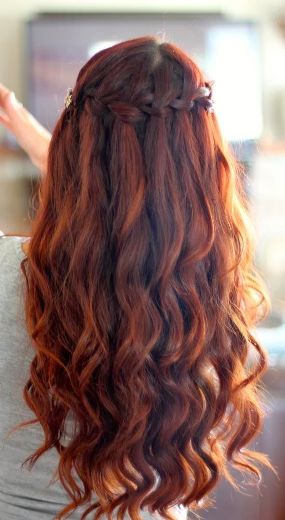 It’s not that hard to opt for Greek hairstyles since many of them can be seen now-a- days in a more modified and simplified way. The waterfall braid is a classic example of this where the braid starts from one end of the head and goes all the way to the other side. This braid style impersonates a falling waterfall. Use curls for the free locks to give it a classic look.

See More:  How To Sock Bun

Start by a simple braid on the front. Now gather the rest of the hair and take sections from it to tease it for volume. Once the teasing is done on the crown take a section from the middle and tie it in a messy up do. Use braids from the underneath and front to add zeal to the look. 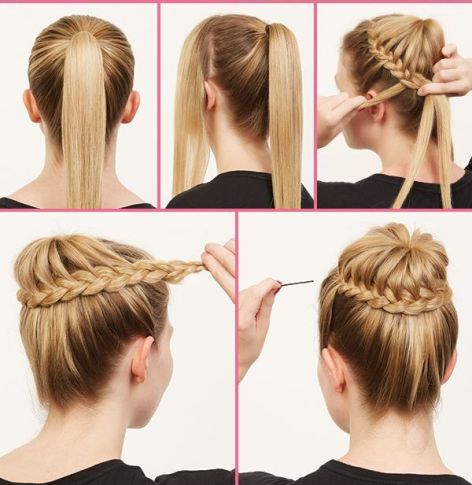 For this look start by tying a pony but don’t forget to leave sections of locks from the front. Now use the front locks to tie a braid which would continue all the way to the back of the head along with the pony which would result in a beautiful bun with a braid on the underneath. 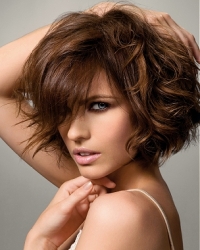 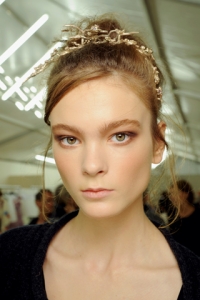