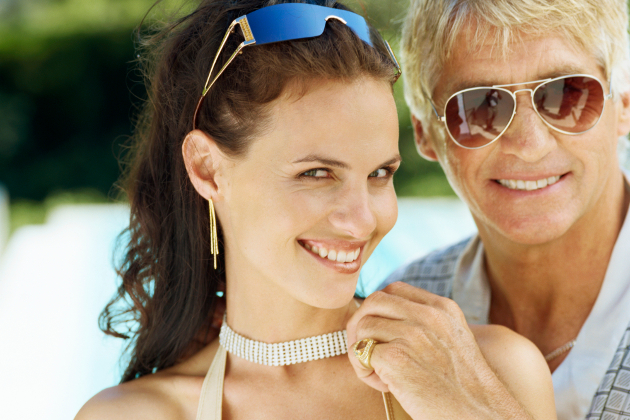 A big age gap in a relationship can cause plenty of problems, and while many couples managed to make it work, things can get tricky when you’re dating an older man for the first time.

In order to give it a real shot, you should follow a few simple rules that help you navigate the most common issues. Try these helpful tips for dating an older man  and decide for yourself if the relationship has any long term potential or if it’s just a fling.

1. Accept That Your Youth Is Part of the Attraction

While many older men are looking for trophy girlfriends, even when there’s a genuine connection, youth is still part of it. A great guy won’t use you to boost his ego, but your youth will always be a bonus. Don’t resent him for that, unless he’s treating you like a conquest rather than as a partner.

2. Make Sure That You’re Actually Compatible

While he’s experiencing the thrill of dating someone younger and you’re wrapped up in his charm, things can get ugly fast if there’s no real compatibility between the two of you. One of the best tips for dating an older man is to make sure that he ticks the same boxes a younger guy would when it comes to what you need out of the relationship.

There are many ways in which you can draw attention to the age gap and make things uncomfortable. Complaining to him that you’re getting older is definitely a bad idea, and so is time-stamping yourself based on events in his life. Nobody wants to think about the fact that you were just starting daycare while he was a senior in high school, it just makes things weird.

4. Make Sure Your Friends Respect Him

Whether he’s interacting with your friends or not, one of the best tips for dating an older man is avoiding any bad jokes. Tell your friends that their jokes about his age make you feel uncomfortable. If you don’t, they’re more likely to repeat them in front of you and turn it into an unpleasant situation for everybody involved.

5. Don’t Turn Him into a Sugar Daddy

Just like you wouldn’t want him to use you for your youth, you shouldn’t use him for his money. In a relationship where the older partner is making more money, it’s normal for him to pay for more stuff, but that doesn’t mean you should ask for money or always let him pay for everything. If you go in that direction, you’re risking the health of your relationship.

Money isn’t the only thing that can be upset the balance. If he’s more experienced, there might be many things you can learn from him, but you shouldn’t take any “I’m always right” BS. One of the most important tips for dating an older man  is to make sure that both of you are respecting the other, because when one side gets all the power, things don’t usually end well.

7. Don’t Try Too Hard to Impress His Friends and Family

When it comes to his friends and family, be yourself and don’t try too hard. If he’s dated younger women before and things didn’t last, they’ll be less interested in getting attached to you. Take things slowly and make sure that you treat them with respect in order to earn theirs.

8. Figure Out If You Want the Same Things

This is a fundamental step for any relationship, but sometimes it gets lost when he’s getting blinded by the great sex and you’re focusing on the way he treats you like a gentleman. One of the basic tips for dating an older man is deciding if you actually want the same things before getting too attached.

9. Don’t Put Your Goals on Hold

From your studies to your career goals, the things that are most important to you shouldn’t suffer because you’re getting caught up in his travel plans. If he quickly wants to become the center of your life and call all the shots, you’re not really in a healthy relationship.

Sometimes older men can get even more insecure than younger ones. One of the best tips for dating an older man is to make sure that jealousy isn’t becoming a problem. If he gets controlling and jealous, then he certainly lacks the emotional maturity for his age, and you shouldn’t stick around.