It’s being said and believed that tattoos instantly lends you a gorgeous and unique look and makes you stand out in the crowd. People depict tattoos as per their thoughts and imagination, but some tattoo lovers adore to depict historic and ancient designs as they bold, scary and at the same time always have some meaning of symbols associated with it.

Let’s have a look at the top 9 different types of mummy tattoo designs with pictures.

This is a mummy tattoo designed in a marvellous way which can easily bring a cute smile to your face. The cartoon image of this mummy looks very fabulous and the green ink makes it appear more thrilling. The orange and the purple eyes give a distinct look to the image. 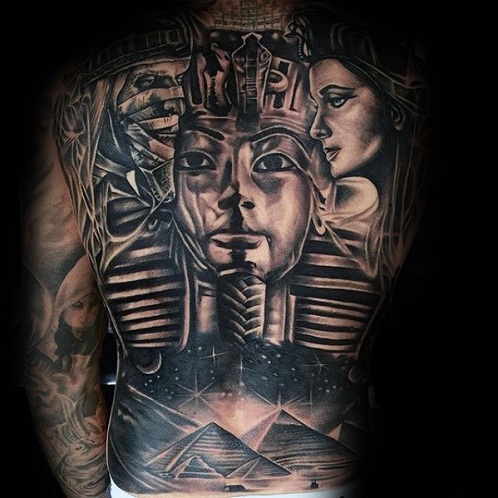 The tattoo appears pretty fascinating as it’s depicted the Egyptian ancient age and combined with mysteries giving a spectacular look to the wearer. The tattoo design is brilliantly depicted covering the entire back of the tattoo lover. 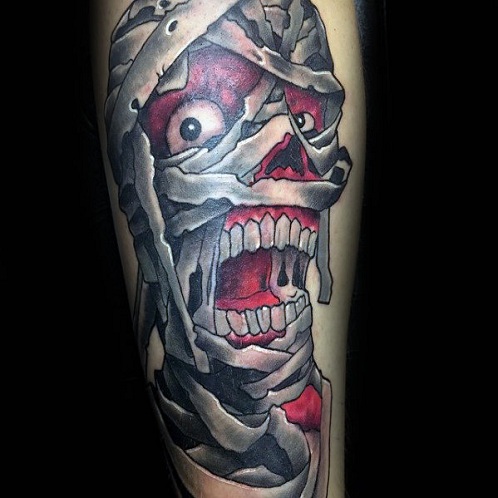 As a skull tattoo symbolizes death and mummies also depicts the same, the combination of both lays emphasis on life after death. The wide eye along with sharp teeth lends a frightening look at the same time represent the wearer’s bold attitude. 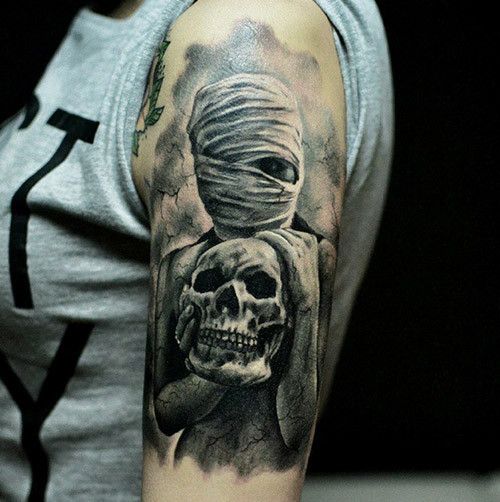 Tattoos can be designed assumption and as per your thought process also giving a new and creative look to the image. In this image, a creepy or a frightening mummy is outlined where is face is fully covered and he is holding a skull in his hands. This is a terrific way to portray the truth if the life that’s death is sure to come, it’s inevitable. 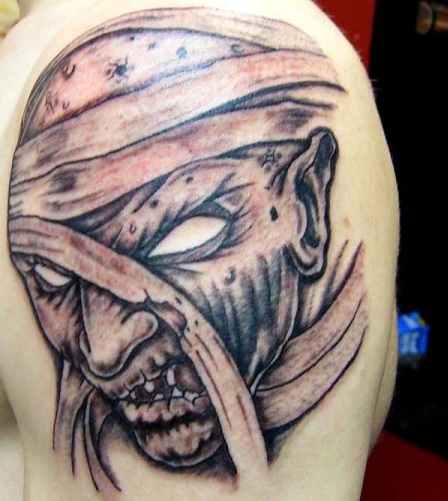 In the image, more emphasis is laid on the white eyes of the mummy intending to scare people from its design. This is a perfect design for people who appreciate mummy tattoo designs. 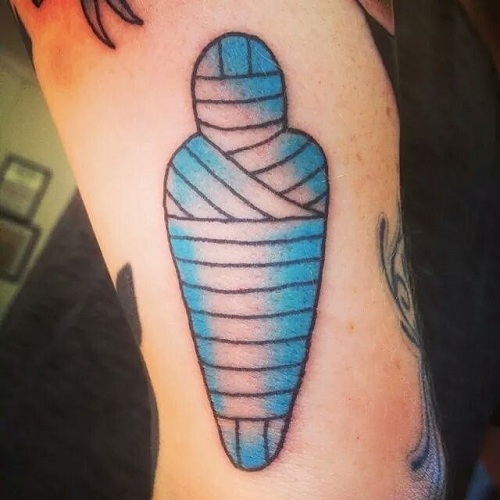 It’s being believed that mummies are wrapped with bandages, then places in the tomb; the tattoo depicts the same message. The image is crafted in such an appealing that it lends a realistic feel and look to the wearer’s forearm. 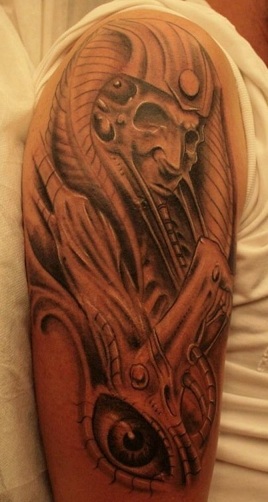 The mummy tattoos have got inspired and spread from Egypt, and now it’s being loved and adored by many tattoo lovers. The Egyptian mummy images are quite big in size and cover almost a part of the body lending an outstanding look to wearer persona. 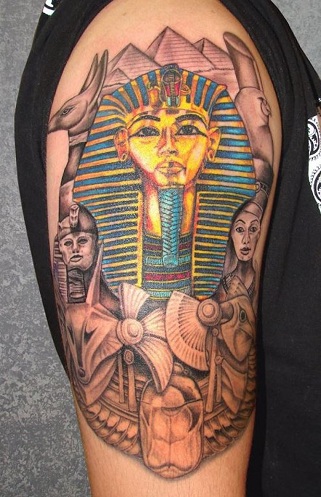 The tattoo design has been sketched in a wondrous way giving an incredible look to the wearer’s sleeve. The vibrant colour combination implied on the mummy head along with surroundings depicted with black ink lends a striking and charming look to the sleeves. 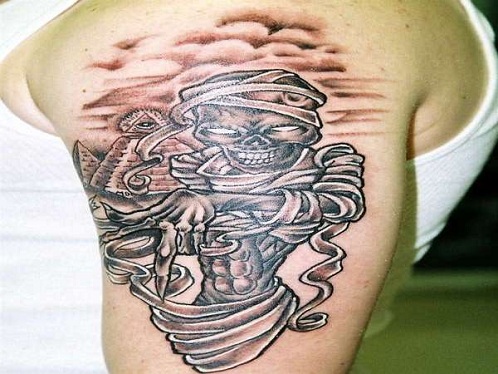 This is a mummy tattoo wrapped white bandage all over his body and here the mummy has a smiling face and the eyes are reflecting the same. The image is sketched in a marvellous way lending an eye-popping appearance.

The mummy tattoo design is greatly inspired by Egypt as in this country mummification was being done after the death of a person. Mummy tattoos can be depicted in various sizes, shapes and designs and even on any part of the body desired by you. Generally, these tattoos are very elaborate are looking marvellous if they are designed in a proper way.