Tattoo lovers depict designs which touch their soul or fascinate them so that it makes them appear more charming and extraordinary than others. Among many designs some people appreciate reaper tattoo design which represents the end of time of the person’s life and this tattoo encourages people to enjoy or live the life fullest as they would soon be facing death which is inevitable.

Lets’ have a look at to 9 different types of reaper tattoo designs. 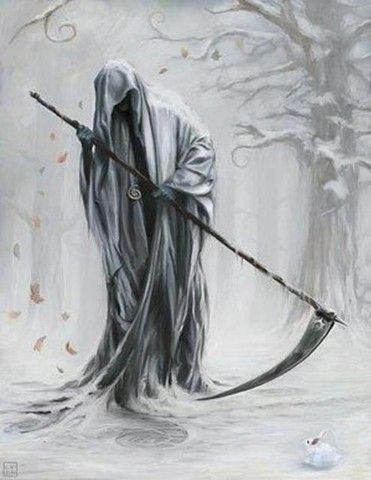 This is a fascinating tattoo where the spooky trees are depicted at the back and the reaper is walking with a big sickle in his hands in the front in search of his task. This could depict that the Grim Reaper moves in this type of place before reaching to their sufferer to pick the soul. 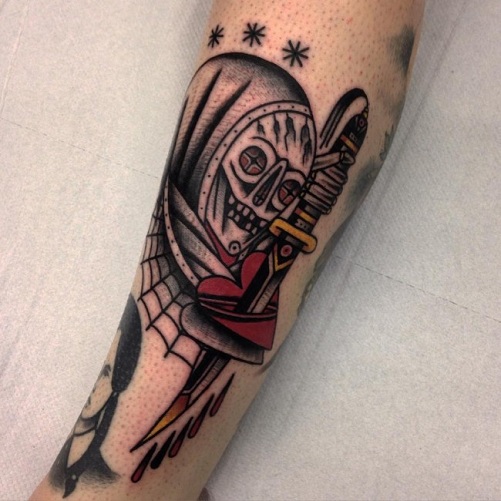 It’s a stunning design laid on the hands of the person in an illustrative way and the colour scheme make it more sensational. It being trusted and believed that the reaper used their sharp scythe to detach the soul from the body and then take them along with them. 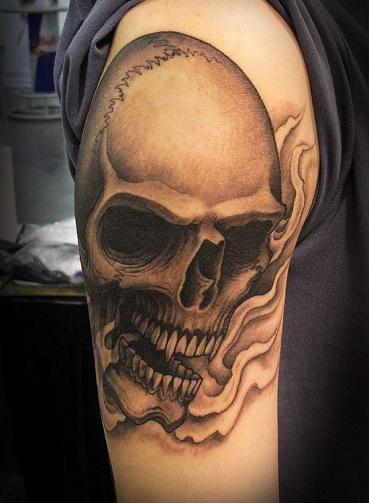 These are one of the grand reaper tattoo sleeve designs which can catch the attention of other at first glance and can lend you startling appearance. As the grim reaper’s symbolizes death similarly the skull does the same and the style in which it’s sketched look marvellous. 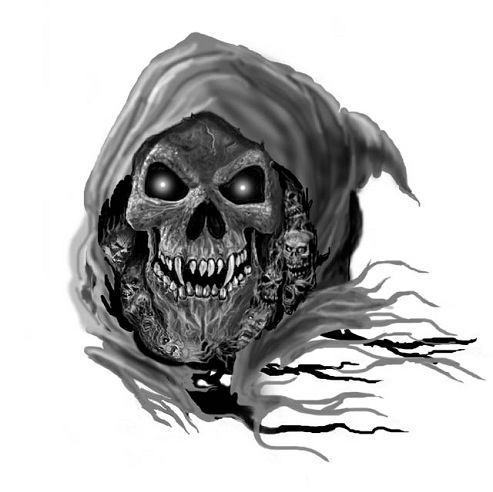 This skull reaper tattoo design can easily frighten the people with its looks and this skull image with wide sharp teeth, the hollow eyes with no emotions on the face and small skull might be souls be collected hanging all around can easily scare people. 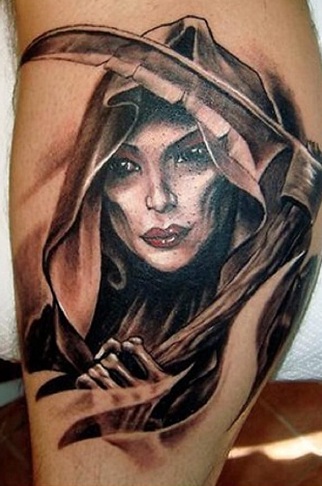 Unlike make Grim Reapers females reapers hold the meaning and just have long swaying hairs and some designs might have wings performing all the responsibility which make reapers do. Here the fierce look in the eyes of the female grim reaper with a sharp sickle in hand depicts that she is out to on her work to bring souls. 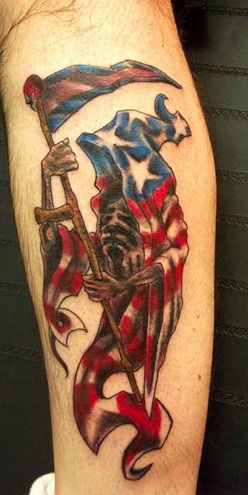 The Grim Reaper tattoos are associated with old school though, and ideas and designed in darker shades, but in this design the colours scheme and combination make it appear more spectacular and stunning at a glance. 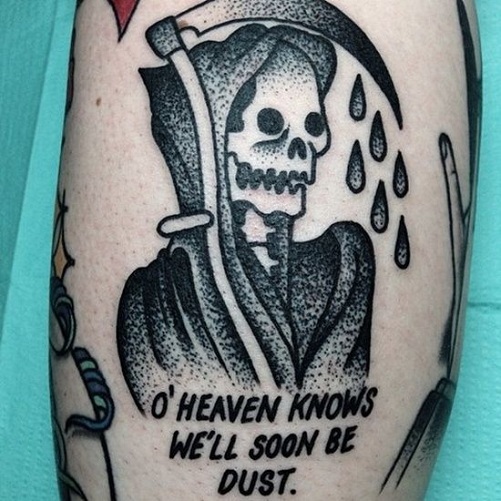 As death is inescapable and every human has to face it one day or other, the date and time is fixed and the grim reapers are just the carrier of soul. These tattoo designs are just the reminder that everyone has to face this day. 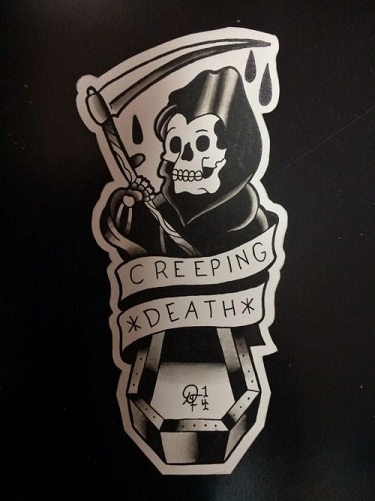 As reapers are always related with darkness, negativity and evil thoughts so they are represented in black shades as the colour black depicts the same. This tattoo design sketches the reaper with a sharp sickle in black and white denoting that he is arriving soon to pick the soul and release the person from his present duties. 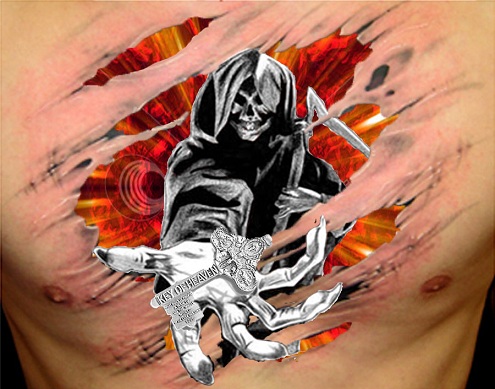 Last but not the least this is an incredible tattoo design depicted on the chest as if the chest is ripped and the Grim Reaper is bringing his hands out to take sour life with a sickle in the hands. This is a beauteous piece of artwork, giving a lively and realistic look to the image.

Reaper tattoo is being generally designed by men, but now many women also design as reapers are the truth of life. These designs are generally in larger sizes in a detailed way, giving a fabulous look to the wearer. The tattoo can be designed in many ways, shapes and sizes and on any part of the body as per your desire and looks.