Tattoos have been termed as depicting the wearer’s interest in that field and images. Some people like to design gentle designs and some which lend them a wow factor, for them witch tattoo designs is the right choice as it displays their interest in darker and fantasy world. Witch tattoos have been designed since decades as it’s depicted the bad and evil force and generally which is styled in an ugly, scary old woman with a broomstick and hats on her. Witch tattoo holds much deep symbolic meaning behind every design.

Let’s have a look at the top 9 different types of witch tattoos gallery. 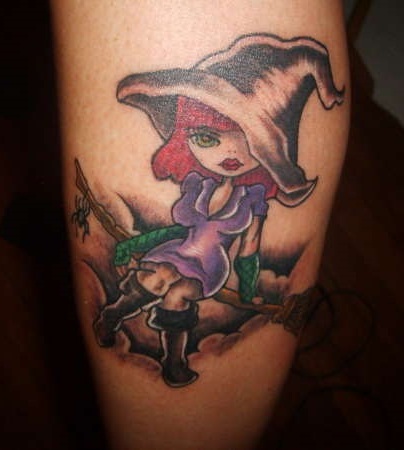 Theses tattoo witches are always associated as evil and dark forces and performing some sort of magic. But this image depicts the cute and hilarious aspect if a witch with red hairs and purple dress seated on a broomstick. This type of tattoo witch image emphasis that wearer love humorous kind of images which at a glance can bring a smile on other faces. 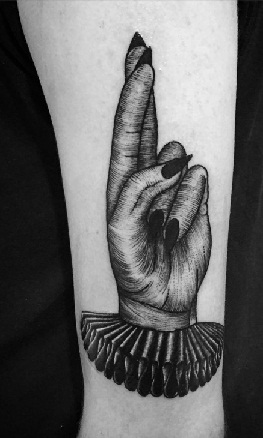 In ancient mythology, it is believed that this sign protects the wearer from evil eyes and is a sort of witch’s blessing. In the witch art tattoo image, the thumb is pointed towards the sky and the first and second fingers cross at tip sign of blessing. 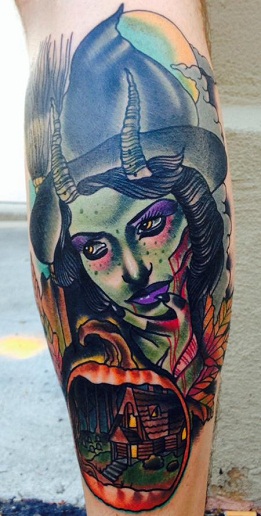 This is a marvellous piece of artwork and the harmonious use of colours lends a majestic look to the image. Here it seems that a witch is having an eye on the house and the horns add scarier look to the witch. 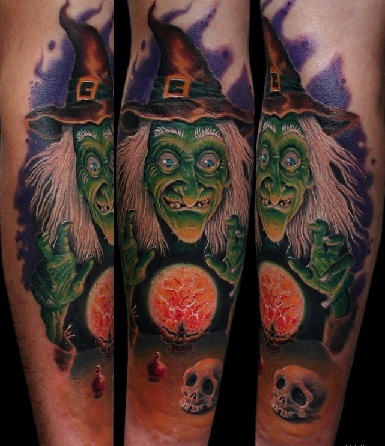 Some tattoo lovers adore depicting a witch tattoo flash design which almost covers a part of their body so that it lends them a charming look. Here the most daunting and frightening look of a witch has been inked with green and the long hooked nose and big green eyes add scarier look to the image. 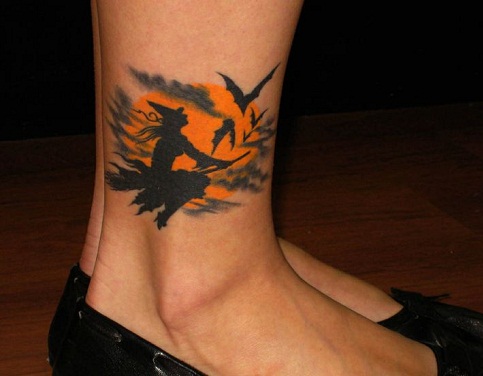 This is a striking tattoo design on the ankle of the wearer styling a witch going back to her destination as the sun is about to rise as now black magic will not be active.  This is a marvellous tattoo design and the colours enhance the look by many folds. 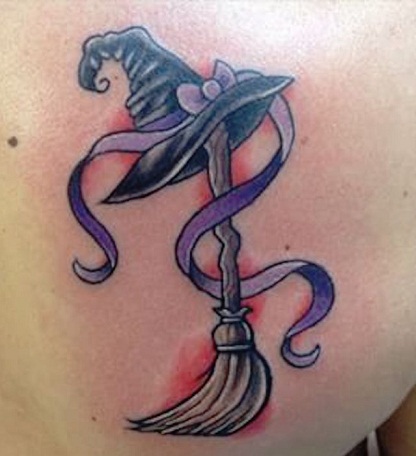 This is a starling tattoo design in which the essential elements of a witch is outlined her broomstick and hat in a beautiful manner giving a sensational look to the wearer persona. The subtle colours and the placement of hat on the tip of broomstick with a small cute bow lend a beauteous look to the design. 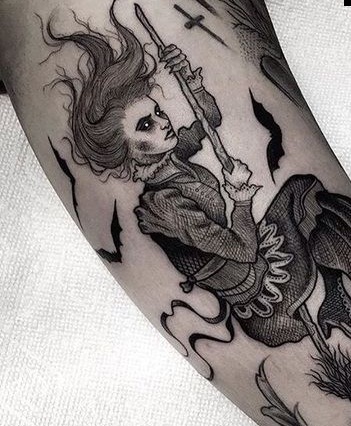 This is a distinct looking witch tattoo design sketched with black and grey ink and the artist has laid more emphasis on the witch eyes as if she is staring being seated on her broomstick. The bats flying around her makes the design more haunted. 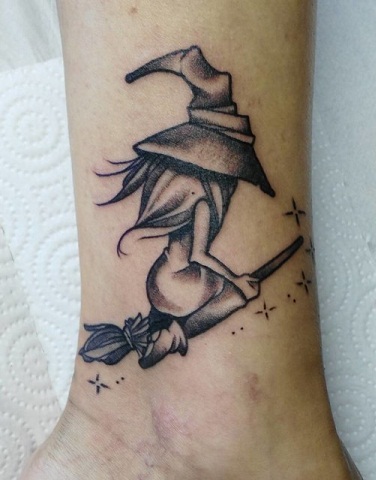 This is a small and soothing witch tattoos symbols design sketched on the wrist on the wearer where the witch is seated on her broomstick with her pointed hat on her head and flying towards in search of her prey. The small stars add a more enhanced look to the wearer’s imagination. 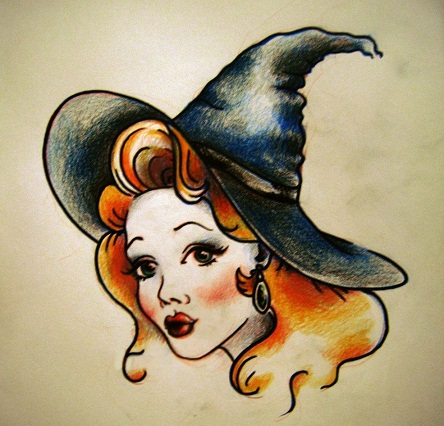 Witch tattoos have been designed by people since decades a still it fascinates many who love to depict fantasy and dark side of life. In the design, which is styled with orange hairs and the black pointed hats add more magnifying look to the design.

Witch tattoos are being designed by both men and women and it is laid on any part of the body as per the depicter choice. A witch tattoo can be outlined in many styles, pattern and sizes and you can sketch the way with appeals to your heat and eyes and add more extra looks to your personal.