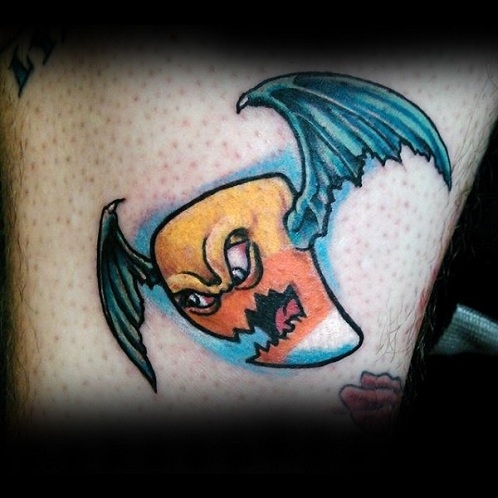 Sometimes people carve tattoos, which have a deeper meaning, but some designs are seasonal and people appear to appreciate them and ink them with grace. Among it, pumpkin tattoo design not the usual one symbolizes autumn month and reflects holiday.

The pumpkin tattoo is also associated with evil spirits like Halloween giving a scary look to it so that all the bad spirits stay away from you. This tattoo can be designed in many ways and styles and you can be creative as much you want. The pumpkins can be carved gestures like happy, sad or angry based on your imagination and ideas.

So let’s have a look at the top 9 different types of pumpkin tattoo designs.

Here comes an interesting pumpkin tattoo with wings depicted on the chest of the wearer to give a striking and stunning look to its persona. As bat is also associated with mysteries and warding off negative energies, pumpkin reflecting the same people merges them depicting a fantastic design to make it appear scarier. 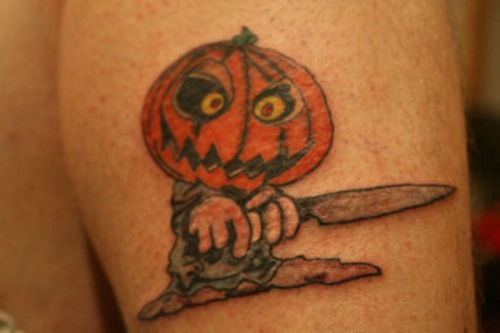 This is a classy appearing evil Halloween pumpkin tattoo depicted on the upper arms of the wearer to ward off the bad spirits from his life. The subtle use of the colours adds a more sensitizing look to the wearer’s persona. 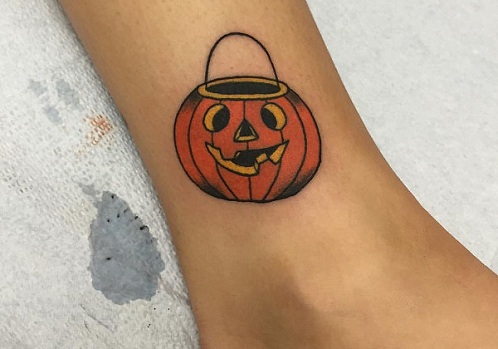 This pumpkin patch tattoo image is sure to lend you minimalist appearance lending a charming and alluring look to the wearer’s appearance. The pumpkin face lays a soft look to the image of the person and its crooked lips add more hilarious appeal. 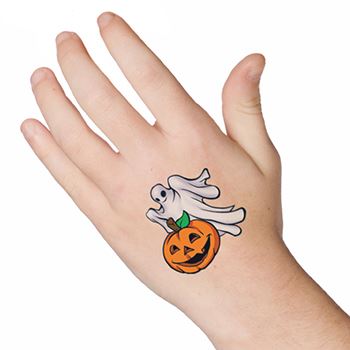 Some people love tattoos don’t want to incur the pain while getting inked, so these are the printable temporary tattoos which can be useful at times. A white spooky ghost standing behind the smiling pumpkin lends a startling look to the wearer’s hand. 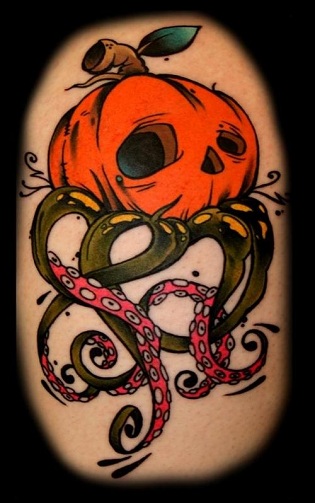 This is a brilliant image in which instead of octopus head, the pumpkin face is sketched lending a startling appearance to the sleeves of the wearer. The sizzling octopus limbs and the hollow eyes are on the pumpkin looks sensational and an artistic piece of the image. 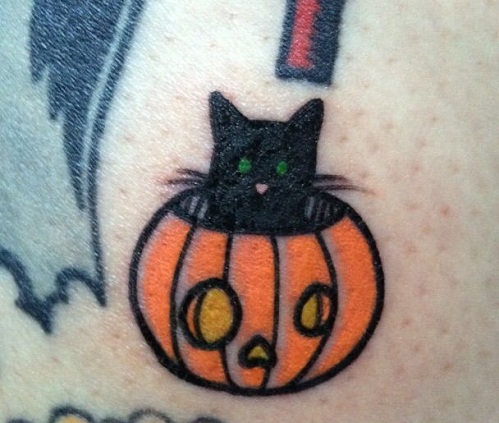 Here comes a cute Halloween tattoo design in which a black is seated inside the pumpkin depicting a strong correlation between the real and supernatural world which is still suspense to humans. As cats have the power can see in dark and black associated with mystery, so all the combination of a black cat with pumpkin is an ideal symbol of Halloween. 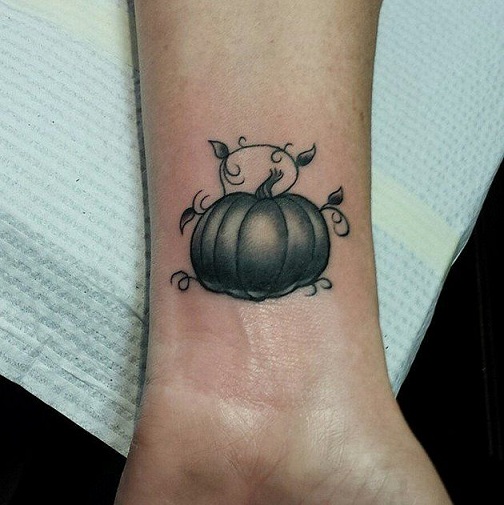 This is a small pumpkin tattoo design styled on the wrist depicting the wearer’s fascination towards the darker element of the universe and mysteries behind it. If you want to try a unique tattoo design, then you should try this. 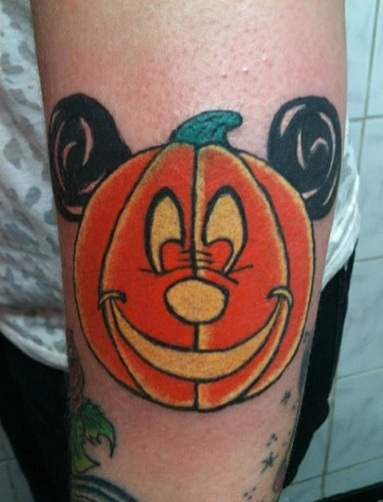 These types of tattoos display that person loves light tattoo designs, which by a glance can easily bring a smile on another face and make them feel happy. The pumpkin is carved in the shape of a funny character reflecting a humorous attitude of the person.

This is a striking tattoo image covering the full hand of the wearer and lending a stunning look. As pumpkin is also said to bring good luck and prosperity, the wearers want the same from the Lord and expressing it through this image.

Pumpkin tattoo design can be sketched by both men and women and this tattoo image can be customized or altered the way you want  It can even depict or mean what you want to convey the world by crafting it. A pumpkin tattoo holds deep symbolic meaning and it can be outlined in the body part of the body which you think can make you appear more charming and alluring than before.